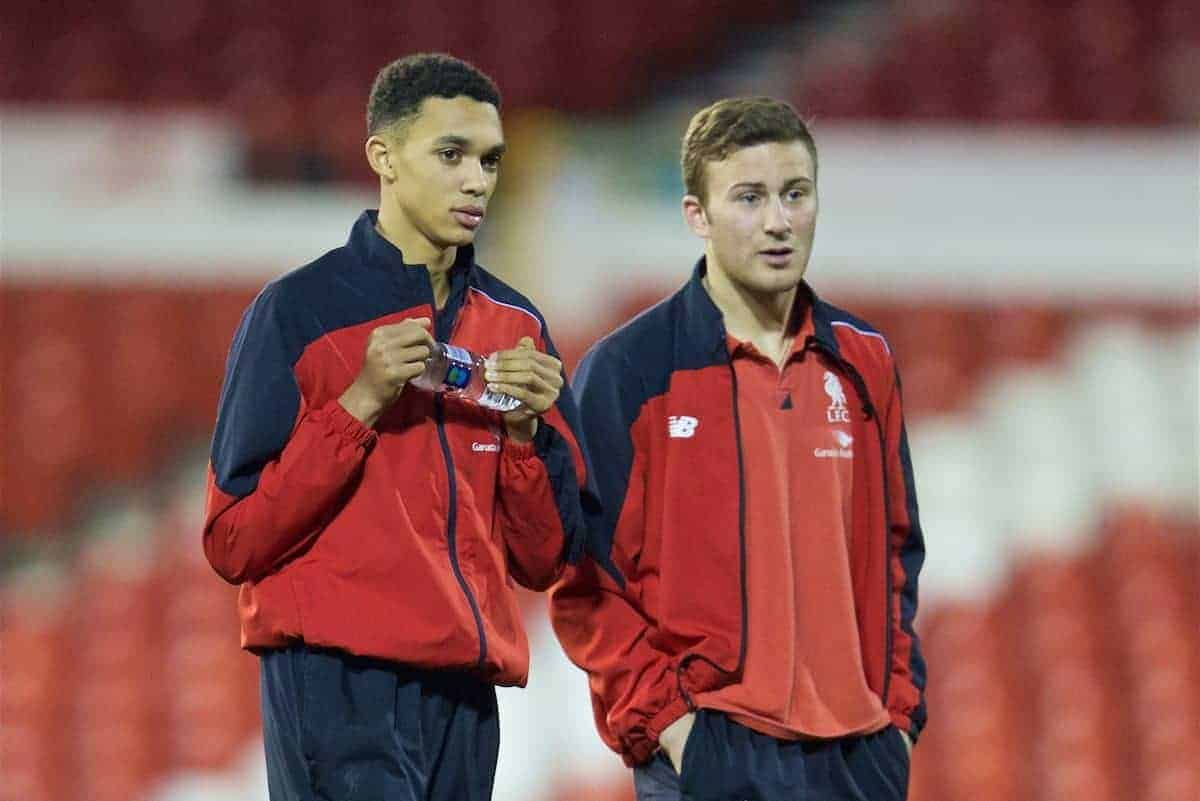 Former Liverpool midfielder Herbie Kane has expressed regret that he joined the club as a youngster in 2013, citing how he was left feeling like “the last one picked.”

Kane spent seven years with the Reds after arriving from Bristol City as a 15-year-old, taking in loan spells with Doncaster and Hull before joining Barnsley on a permanent deal earlier this year.

Now 22, he made two appearances at first-team level, coming off the bench in the 2-0 win at MK Dons in the League Cup in 2019, and then starting the 5-0 loss to Aston Villa in the same competition three months later.

While he did train with the senior squad frequently, and was regarded by Steven Gerrard as one of the brightest talents at the club along with Trent Alexander-Arnold, opportunities were scarce for the Bristolian.

Reflecting on his time at Anfield in an interview for the Barnsley matchday programme, Kane admitted, in hindsight, he should have stayed with Bristol City.

“In terms of Liverpool, I’ve got to be honest, it wasn’t the best,” the midfielder said, as cited by The 72.

“A lot of things are promised to you when they’re trying to sign you, but nothing ever came of it. But that can be football in general, to be honest.

“The only way I can explain what it was like for me there was how when you’re playing as a kid and you’re picking the teams, and you’re the last one picked.

“It was that kind of feeling. It wasn’t the best for me there.”

Kane did concede, however, that “it was valuable experience and I probably wouldn’t be here at Barnsley without it,” with the profile boost of his loan moves and the two League Cup appearances certainly endearing him to scouts and managers.

But his assessment is a damning indictment of the academy system for some players, who are brought into the club perhaps with the best intentions but ultimately fall by the wayside.

An admission from Kane’s former team-mate, Sergi Canos, earlier this month highlights a similar plight. while it can also be seen in the circumstances with certain youngsters at Kirkby at present.

Oftentimes, this will not be the club’s fault, and it should be acknowledged that not every youth player can make the grade at the level Liverpool at playing.

But Kane’s bitterness, particularly at the notion of broken promises upon deciding to move from Bristol to Liverpool as a teenager, does flag the need for sensitive treatment for every player in the academy.