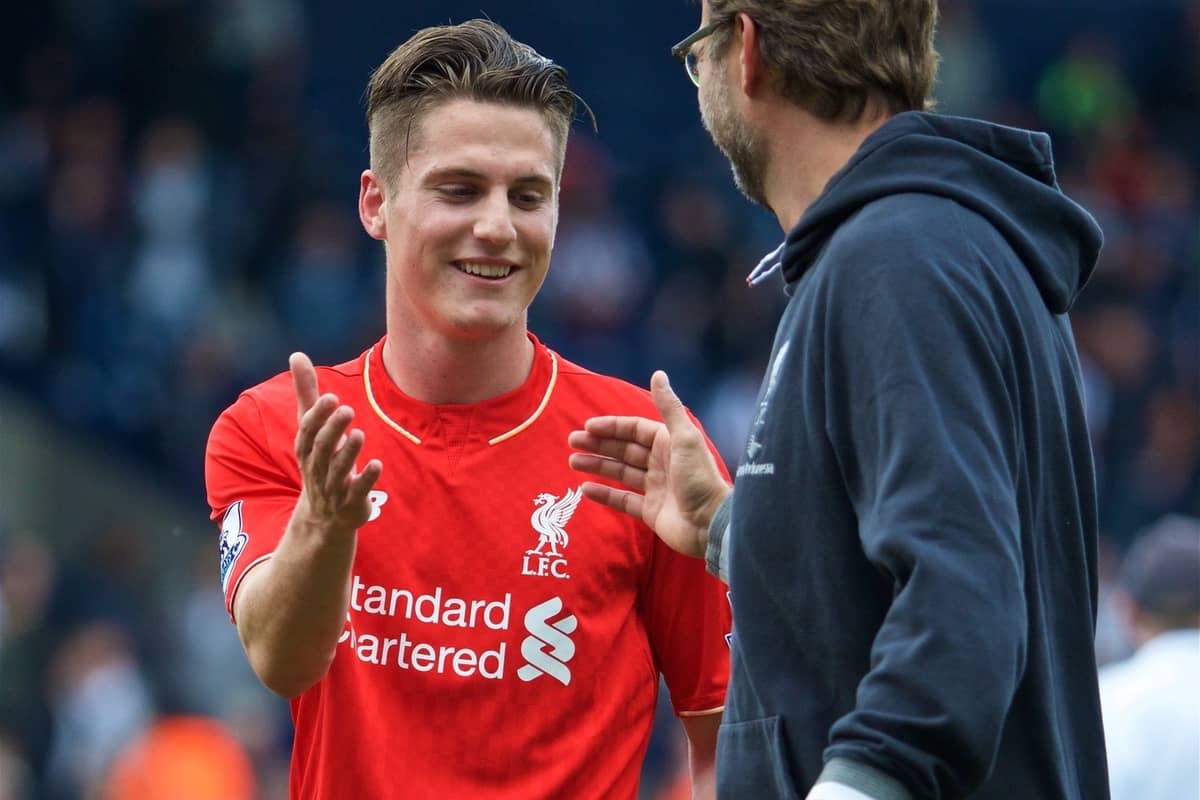 Former Liverpool youngster Sergi Canos has explained how he was left “a little bit angry” at the club, feeling his 2016 debut was designed to hike his asking price up.

Canos made just one first-team appearance during his three years in the Reds’ academy setup, when, then 19, he replaced Sheyi Ojo for the final nine minutes of a 1-1 draw at West Brom.

It was the final day of the Premier League campaign and Canos was coming off the back of a successful season on loan at Brentford in the Championship, and after the game he said “today one of my dreams came true.”

But days later, it was reported that talks over a new contract saw player and club “way apart,” and two months on from his debut, Canos was sold to Norwich for £2.5 million.

In an interview for the Football Journeys podcast, the Spaniard explained the situation from his point of view, suggesting Jurgen Klopp only handed him his Liverpool bow in order to increase his value.

“It’s one of [the highlights of my career]. I think making my debut for Liverpool in the Premier League is a big achievement,” he said.

“It was like ‘so, did I make my debut because I deserved it, or because you wanted money for me?’.” 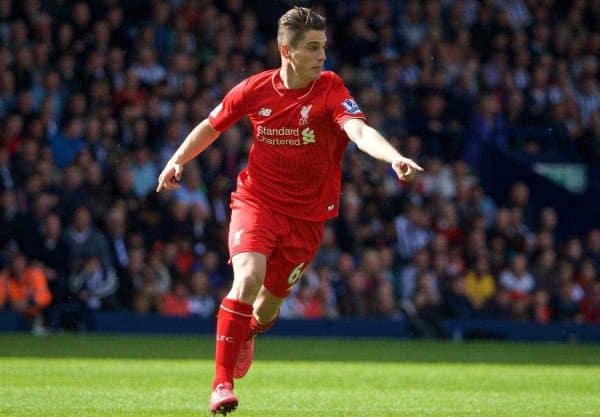 Canos speaks with a charming honesty throughout the interview, with the now-23-year-old discussing his difficulties at both Liverpool and Norwich, before settling back at Brentford with a permanent move in 2017.

The young winger, who recently returned from a long-term knee injury and scored his first goal of the season in a 2-2 draw with Harvey Elliott‘s Blackburn on December 5, went on to claim he was sold false promises at Liverpool.

“The sad moments for me are when people, like coaches or the sporting director – people like that – don’t tell you the truth because you are a kid,” he continued.

“That was one of my sad moments, because you go home after a chat with the coach or the director and they tell you they’re trusting you.

“[They say] ‘you’re going to be at Melwood next week’, and you never go to Melwood, or you don’t play on Saturday and you are on the bench and you don’t come on.

“So why did you tell me you trust me and I’m training so well, and then on the weekend you don’t even put me on the bench, or I don’t even warm up?

“I always wanted the truth, when we are kids like that I think we deserve the truth.

“But feeling unwanted and when they don’t tell you the truth, I think it’s basically the same.”