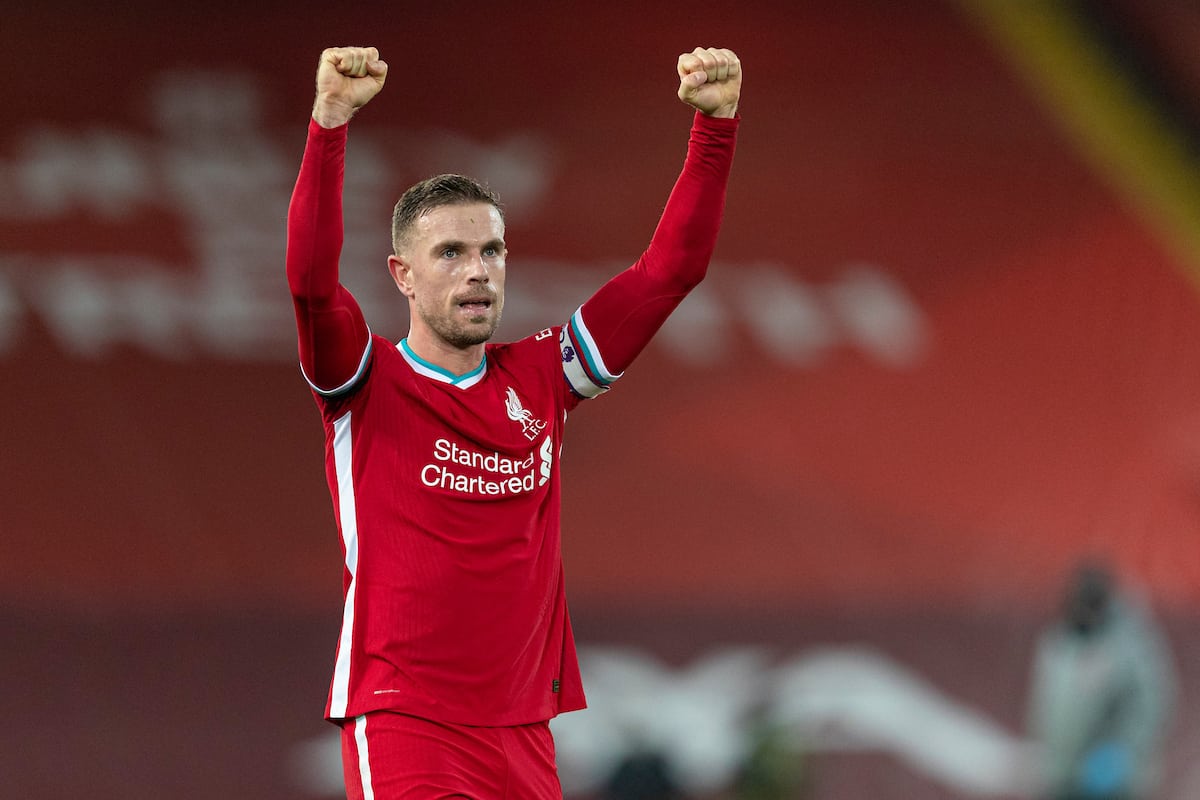 Jordan Henderson would be a more than “worthy winner” of the BBC Sports Personality of the Year gong in the mind of Jurgen Klopp.

The Liverpool captain is one of six contenders for the award which is to be presented on Sunday evening after a year to remember.

The 30-year-old became the first club captain to lift the Premier League trophy and only the 10th in history to hoist a league trophy back in the summer.

It came off the back of a campaign which saw Henderson take his game to another level, and while he is a team man his individual performances were ones to marvel at.

He missed just eight games in the Reds’ title-winning season and was duly crowned the Football Writers’ Association Footballer of the Year for his efforts.

Away from the field, his influence and leadership was just as impressive having founded the #PlayersTogether movement during the COVID-19 pandemic which raised valuable funds for the NHS amid a number of impressive initiatives.

And with the winner to be crowned on the weekend, the manager first questioned the voting process before hailing the “exceptional” man and player that Henderson is.

“Can I vote? Do I have more votes than one or can I push the button more than once?” Klopp questioned before being told it is unlimited.

“Then he has a chance,” he joked. “He would have my vote.

“Exceptional person, exceptional player. Did a great job in the summer for our players and for players in general.

“He’s doing that for the England national team, he’s involved in pretty much everything so he’s a great guy and would be a worthy award-winner.

“But I don’t know exactly who are the other people, so it’s all about that.”

If Henderson was to be crowned the winner, he would become the first Liverpool player to do so since Michael Owen in 1998, and only the sixth footballer in history.

Voting will open to the public during the ceremony on December 20, via phone or the BBC Sport website.