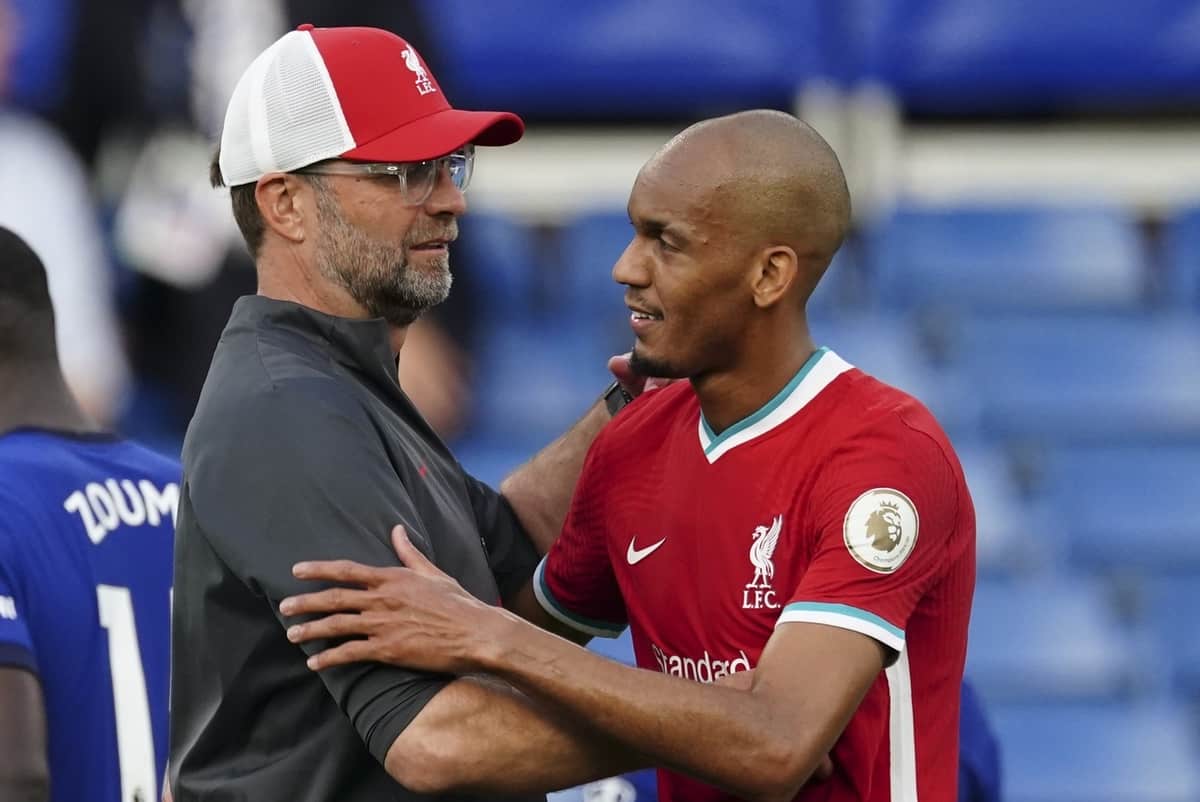 Liverpool face West Brom on Sunday, a 133rd meeting between the sides with the Reds having won 61 of those encounters. Here are all the best stats ahead of kick-off.

In the Premier League the Reds and Baggies have met 24 times with Liverpool winning 14, drawing six and losing four. In those 14 winning games the Reds have conceded just three goals.

At Anfield, Liverpool have won eight and lost two of the 12 contests, scoring 20 times.

Six of the last nine clashes have ended in stalemate.

Home and away, Liverpool have lost five of the last 47 league meetings with four of the defeats coming between 2011-13. 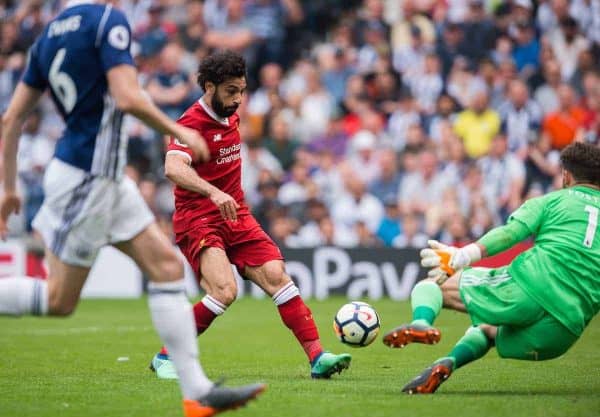 Mo Salah’s goal at the Hawthorns in the 2-2 draw in April 2018 was the club’s 200th league goal against the Baggies.

Since then Liverpool are unbeaten in 10 league meetings – four wins and six draws.

Only one Liverpool player has been sent off against the Baggies in the last 48 years – Daniel Agger at the Hawthorns in a 3-0 defeat in August 2012.

Roberto Firmino has scored in his last two Reds appearances. The last time he found the net in a trio of successive games was exactly a year ago – both matches in the World Club Cup and at Leicester.

Jordan Henderson could score in back to back Liverpool games for the first time since March 2015.

Fabinho could play his 100th game for Liverpool in league and cup.

The Reds are unbeaten in the last eight games played on this date, a run stretching back to 1971 when they lost away 1-0…at West Brom.

Mo Salah has scored 67 times in his 82 Anfield appearances for Liverpool in league and cup.

Salah has 13 league goals in 13 league games this season. That is his best return in English football at this stage of a campaign. His previous three seasons have seen him score 10 goals in his opening 13 outings (17/18) followed by seven goals in each of 18/19 and 19/20.

Salah has scored in his last five Liverpool games – he has netted in seven on the spin on two separate occasions.

The Reds are top of the table on Christmas Day for the third year in a row. They are also the first top-flight club to do so since the Reds themselves on their only other sequence – 1978, 1979 and 1980.

Liverpool have lost only one of their last 36 games played during the month of December – that was a 5-0 League Cup defeat for the youngsters at Aston Villa last year.

We are unbeaten in 66 league games at Anfield (55 wins and 11 draws) since April 2017, when Crystal Palace came from behind to win 2-1 under the stewardship of Sam Allardyce.

Jurgen Klopp is one win away from recording his 100th Anfield victory in league and cup. Only Bob Paisley (132) and Kenny Dalglish (135) will have reached the milestone in fewer games than Klopp, who takes charge for the 141st time in a Reds home game.

When Liverpool beat Tottenham in their last home game 11 days ago they did so without making a substitution for the first time in 908 games (since May 2004 – Gerard Houllier’s final game in charge). 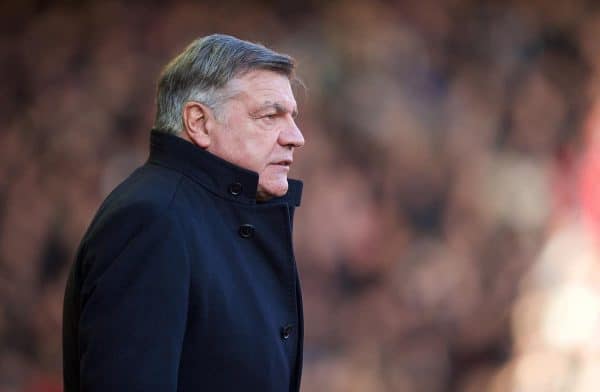 Last season they became the first team to be promoted to the Premier League for a fifth time.

Sam Allardyce will face Liverpool for the 31st time in his managerial career in all competitions with his eighth different club. He has won six times with 16 defeats. He has won twice at Anfield in 17 visits.

Lee Peltier made four first-team appearances for Liverpool in the 06/07 season – all in domestic competition. West Brom are his ninth different club since leaving Anfield.

Albion have lost five of their seven away league fixtures this season, drawing at Brighton and Man City, and are yet to keep a clean sheet away from home.

In games with the established ‘big six’ this season they have drawn at home with Chelsea and on the road at Man City, and lost to both Tottenham and Man United.

They currently have seven points and no team has had fewer than eight points after 14 fixtures of a Premier League campaign and gone on to avoid relegation.

The Baggies are the only team not to score a Premier League goal with a header so far this season. 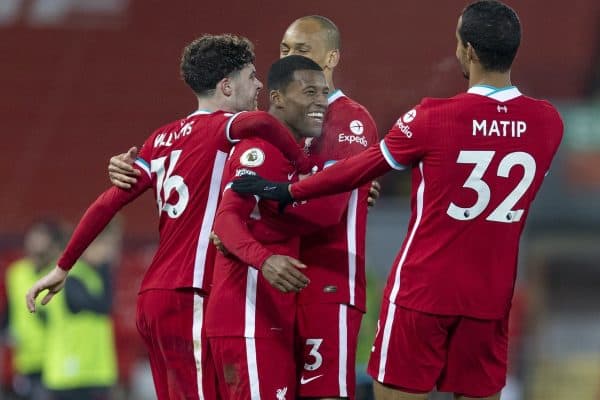