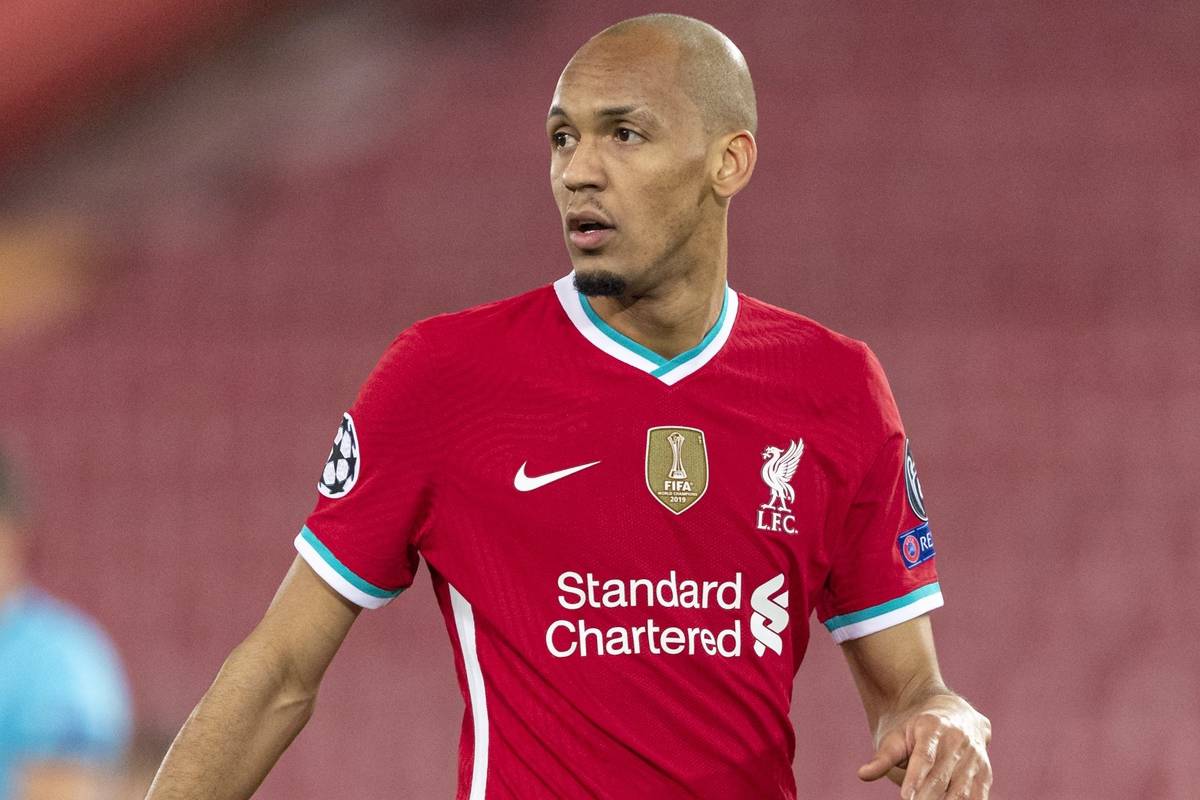 Jurgen Klopp sang the praises of Fabinho as he continues to thrive at centre-back in the absence of Liverpool’s usual suspects in the position.

The Brazilian has been a godsend for the Reds so far this season as he saw his position as fourth-choice centre-back elevated to being one of only two fit senior options.

Long-term injuries to Virgil van Dijk and Joe Gomez ensured plans for his campaign swiftly altered, where his tactical awareness and ability to move in tight spaces has seen him slot in seamlessly.

Fabinho has partnered four different Reds at the heart of the defence in just nine games and his manager spoke highly of his aptitude and the career progression which has moulded him into the player of today.

“I would love to say it’s just because of us and before that he couldn’t have played any of the positions he plays. But it’s not true!” Klopp joked. 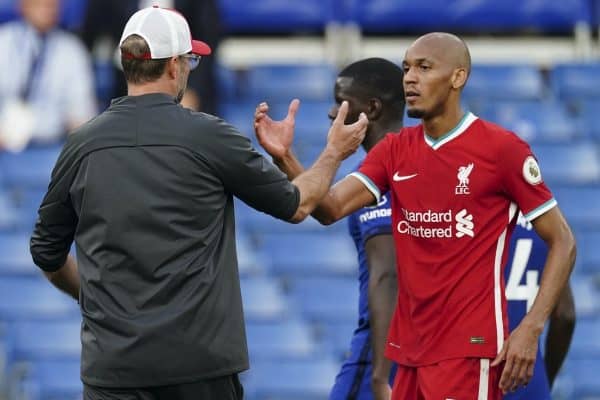 “I don’t know what he played in his youth in Brazil, I didn’t ask, but for Monaco he played quite frequently at right-back and for the national team he played right-back.

“He played double six, one of them not both, and I’m not sure if he played centre-half before – probably yes.

“He just is able to do that, you can see that in different situations that his challenging skills are just outstanding, defensively.

“Football-wise he’s good in small spaces and it makes sense to bring him into midfield but he can play centre-half.

“We knew that, obviously, before and it’s not that we invented the position for him.

“We used him there from time to time and now more consistently, thank god that we have him, Joel and the other boys – that somebody can play this position!

“I didn’t have to persuade him. We train the position when we have the opportunity, not only this position but the positional play.

“For him, he played it before and we knew he could play it – we had to adapt slightly with the way we defend when we have a different partnership, obviously.”

Since Fabinho arrived in the summer of 2018, he has played 96 games in all competitions for the club and made himself a key cog in Klopp’s red machine.

His arrival was one which took many by surprise when it was announced the day after the Champions League final defeat to Real Madrid and the manager touched on some of the reasons why he thought the Brazilian opted for Anfield above others.

“I could imagine that Man United and Man City were in the race but I didn’t know it. We didn’t try to be better than them we just said what we had to say,” Klopp explained.

“The best help was probably Bobby as they knew each other from the national team, and was Ali there or did they come together? That’s a good question!

“And Phil [Coutinho] for sure what he said about Liverpool because he obviously loves and loved Liverpool and it’s all these kind of things that help.

“I couldn’t tell you what I said to him because it was too long ago, but it was obviously convincing enough.

“When I met him first he was a pretty shy boy and maybe thought it would be the best to be around a pretty vocal, loud manager and that might be the reason why he joined us.”