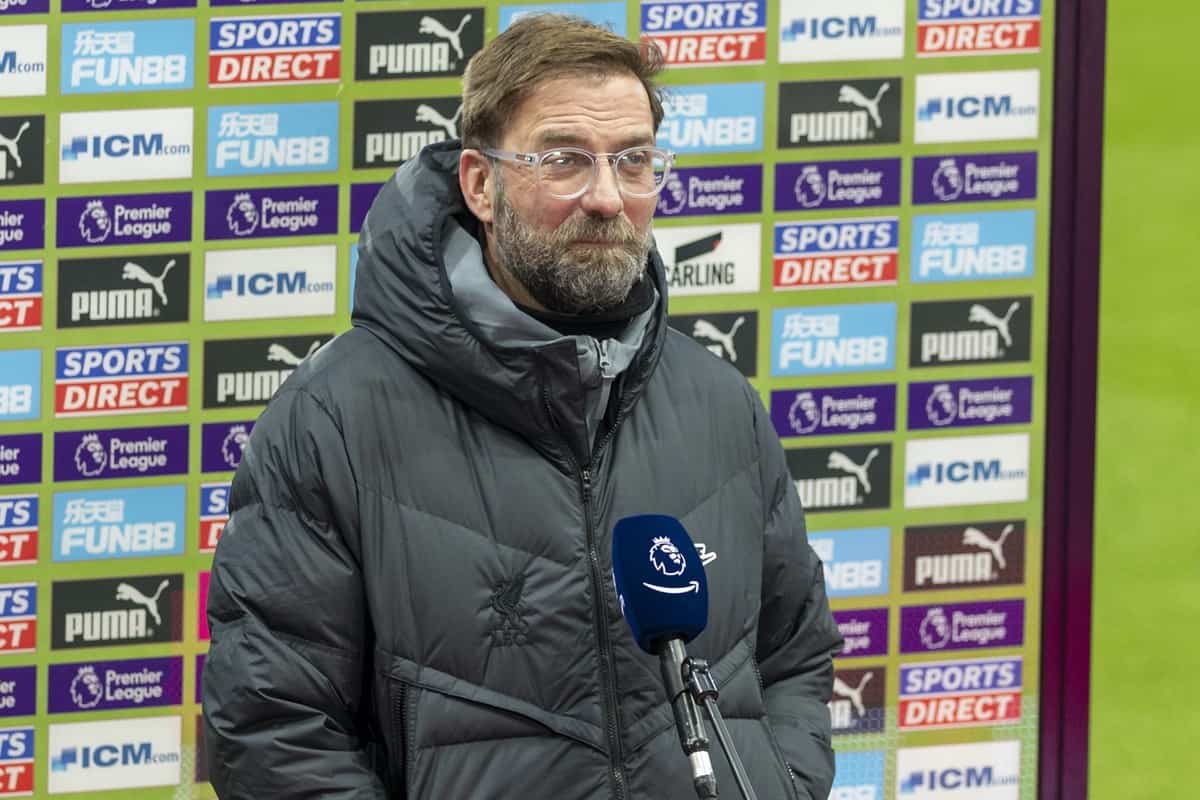 Jurgen Klopp employed the proverb of “if life gives you lemons, then make lemonade” as he assessed Liverpool’s back-to-back draws to end a strange and “difficult” 2020.

The Reds have concluded a year spent largely in pandemic top of the Premier League and three points clear of second-placed Man United.

But it could have been more had two points not been dropped against West Brom at Anfield and Newcastle at St James’ Park respectively in the last two games.

Wednesday night’s 0-0 draw with Newcastle was less disappointing, but still frustrating as the likes of Mohamed Salah, Roberto Firmino and Sadio Mane all struggled to convert chances with Karl Darlow strong in goal.

As the Premier League maintain that there will be no break in the season despite to rising cases of COVID-19, Klopp pointed to the sombre mood of 2020 in general as he made light of a tough run of form.

“The last thing I think about is our position in the table at the moment. It’s nice, but doesn’t mean anything,” he told Amazon Prime, when told of Liverpool’s three-point lead.

“We drew the last two games but are still top of the table in a very difficult season, it just shows how difficult a season it is for everybody.

“If life gives you lemons, then make lemonade – that’s what we try all of the time.” 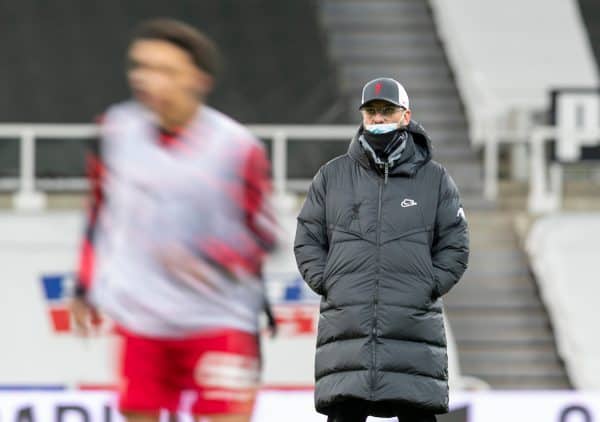 There remains a likelihood that the Premier League will be forced into pause sooner or later, with three games now having been postponed this season so far, two of which came in the last three days.

A new strain of the virus has led to an increase in the severity of lockdown measures across the UK, and reflecting on Liverpool’s form on the backdrop of the current climate, Klopp insisted results were “not the worst thing in life.”

“When I think about football, these are the moments when we really enjoy life, but all around obviously it’s not that easy to enjoy,” the manager continued.

“For all of us, it’s really difficult. We all thought, or hoped, we were kind of through it. And winter came and the next wave came, so that’s in my mind.

“We will keep going, that’s how it is, the next game – Southampton, Aston Villa, United, all these kinds of things.

“That’s good, we know about our responsibility, we try to do everything right around and want to be ready for the games.

“The boys were ready tonight and didn’t get the result we wanted, that’s not the worst thing in life, there are more difficult things to do in the moment.”