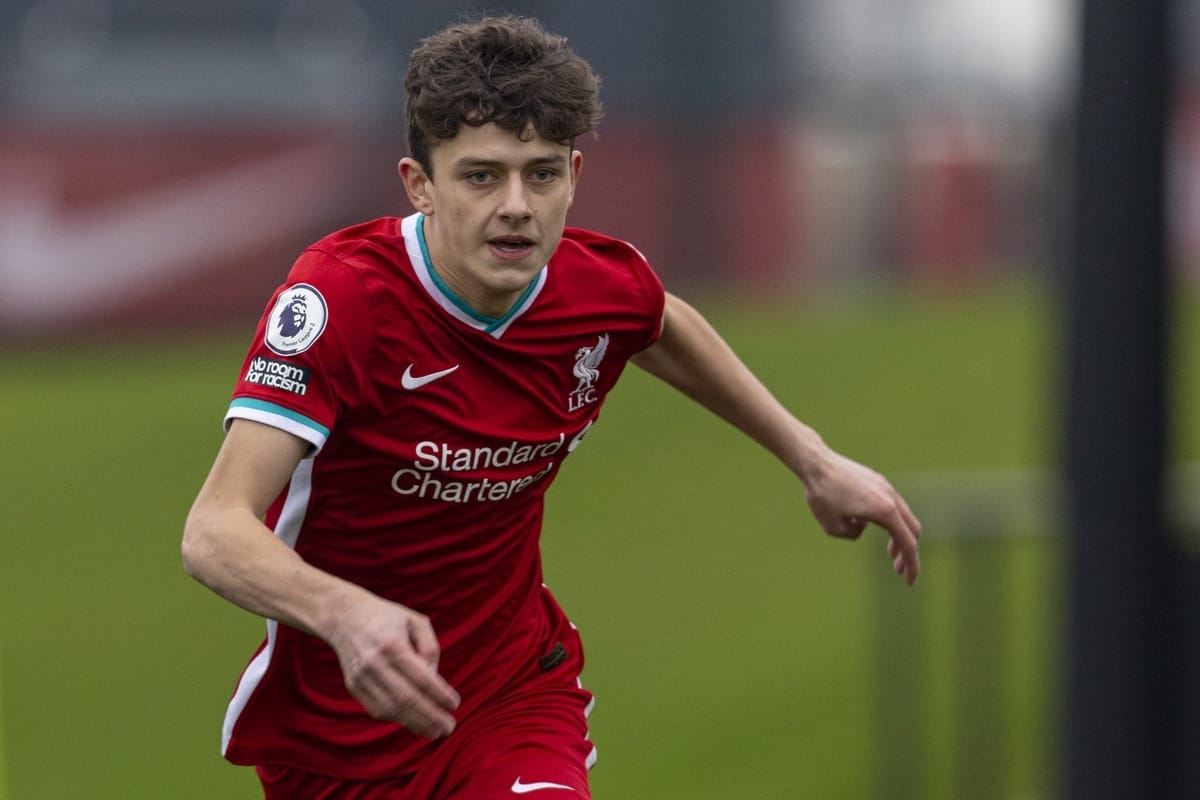 Liverpool under-23s left-back Owen Beck teed up all three goals in a 4-3 defeat to Tottenham on Saturday afternoon, days after joining the first team for training.

Beck was part of Jurgen Klopp‘s squad at Kirkby on Thursday, with Andy Robertson on a recovery day and both James Milner and Kostas Tsimikas sidelined through injury.

It was a big moment for the 18-year-old, a relative of club legend Ian Rush, and he may have improved his chances of more first-team exposure with his performance in the U23s’ seven-goal thriller two days later.

Despite the return of three players with regular first-team experience, Liverpool went behind within two minutes as Spurs right-back Jubril Okedina found the back of the net early on.

Liam Millar restored parity soon after, heading home from Beck’s cross, only for Brooklyn Lyons-Foster to nod in to put Spurs 2-1 up, after a fine save from Jaros to keep out Harvey White’s free-kick.

Beck was on hand to provide another equaliser before the break, this time supplying Tyler Morton with a cutback following great work involving Cain, giving the U23s hope of all three points as they headed in for half-time.

The second half got off to a bad start, however, as Okedina added his second of the afternoon, heading in from a corner as the young Reds conceded from another set-piece situation.

Liverpool were not to be deterred, and Beck made another driving run towards the byline and squared for forward Jack Bearne to tap in and level once again as the scores stood at 3-3.

Bearne went close with another effort while Jaros was drawn into a fine stop to keep out Marcel Lavinier, before Jack Clarke eventually netted the winner for Spurs in injury time.

It was a bitter blow for the U23s in their final game of 2020, leaving Lewtas’ side sixth in the Premier League 2 table, with a Merseyside derby to come next at Finch Farm on January 18.

For Beck, it was a statement performance, and with Klopp now having witnessed his talents first-hand at Kirkby, it would be no surprise to see the Welshman called up again over the festive period.