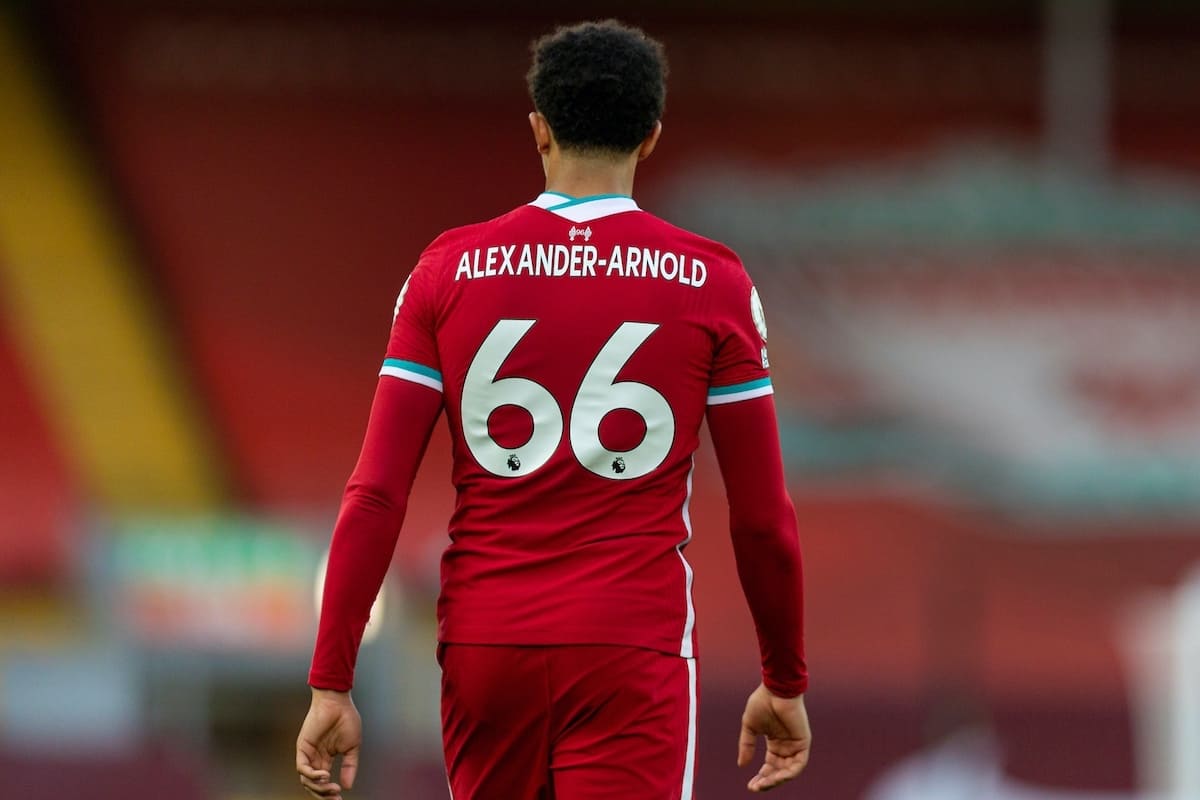 Trent Alexander-Arnold believes Liverpool can beat anyone in the Champions League this season and is looking forward to the knockout stages as that is when “the fun begins”.

Having already qualified as group winners, the 1-1 draw against Midtjylland was purely academic but it did present the opportunity for the 22-year-old to captain his boyhood club for the first time.

The real consequential action on the night was elsewhere as the club’s potential last-16 opponents were finalised.

In Monday’s draw Jurgen Klopp’s side could be pitted against either Atletico Madrid, who knocked them out last season, Barcelona, Borussia Monchengladbach, FC Porto, Sevilla, Lazio or RB Leipzig.

Despite the apparent strength of that selection, Alexander-Arnold insists it holds no fears.

“Now the fun begins really. The knockout stages, this is where the best teams perform and get through. I think on our day we’ll be able to beat anyone,” he said.

Alexander-Arnold became the third-youngest player at the Reds to wear the armband, younger even than Steven Gerrard, although he assumed the responsibility on a permanent basis whereas the England full-back handed it over when Jordan Henderson arrived as a second-half substitute.

Having come through the Liverpool academy it was a night to remember for someone who grew up within walking distance of the club’s former Melwood training ground.

“To lead the team out was incredibly proud, it was something that was different, new to me. It was special, it felt special out there.

“An extremely proud moment for me and the people who have helped me do that.

“You’ve obviously got to give thanks to the manager and the staff who chose me to captain the team.

“It was a really proud night for me on a personal note. I think I’ll look back (with) fond memories as being captain for the first time.”

With fellow academy graduate Leighton Clarkson, 19, making his Champions League debut and 18-year-old Billy Koumetio becoming the club’s youngest player in the European Cup or Champions League as a half-time substitute, Alexander-Arnold was one of the senior men in the side.

He believes both could follow the path he has travelled from academy to first-team regular.

“We see it every day in training (from) the lads that are there, we have so many young players now. It’s refreshing to see,” he said.

“I think what they need to do is just focus on themselves, keep working, keep learning from the players that they’re looking up to and who’s playing in their position.

“I think the way that they performed was really well – I think Leighton, especially, playing his first Champions League game. He did really well out there.

“Billy when he came on did a job so it was a good performance from the young lads and I think they’ll be proud and I’m sure all their families will be proud of them as well.”