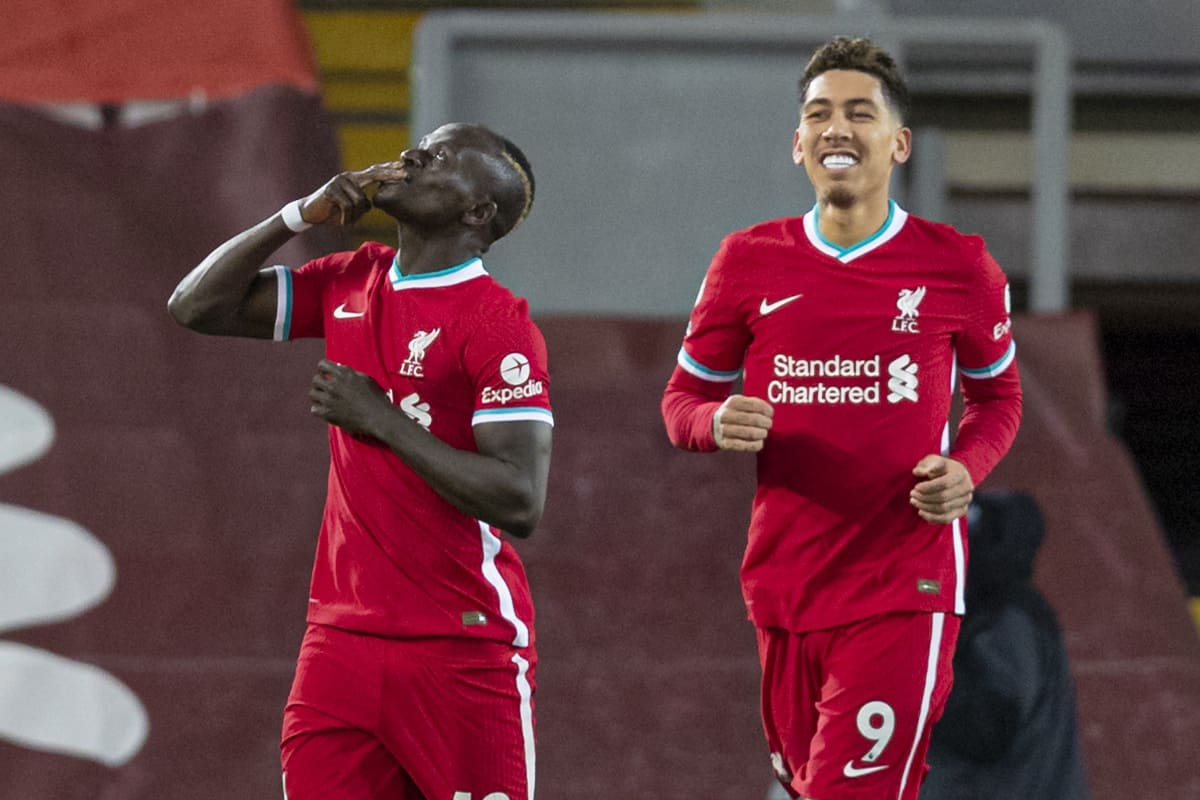 Sadio Mane continues to make dreams come true on the football pitch, with his latest celebration showing the deep connection between Liverpool’s players and the fans.

After going eight Premier League games without scoring, Liverpool’s No. 10 has found the net twice in as many games.

The first was one of seven in the rout over Crystal Palace while the most recent was the opener in what proved to be a disappointing 1-1 draw against West Brom at Anfield.

And while the latter was a performance which will not be looked back at fondly, Mane’s actions after his stunning goal will be as he once again honoured lifelong Red Lee Swan.

The pair met in a virtual surprise late this year as part of a heartwarming gesture in conjunction with club sponsor Nivea Men thanks to Lee’s volunteer work at The Florrie.

It’s a community centre in Dingle and one which has been working tirelessly to help those in the wider Liverpool community throughout the pandemic, with Lee, ‘The King of Dingle‘ at the heart of it.

He was surprised with a trip to Anfield and the chance to score at the Kop-end, where he showed off his goal celebration in honour of his granddad, which Mane made sure he knew it would be copied – as he has so famously become known for. 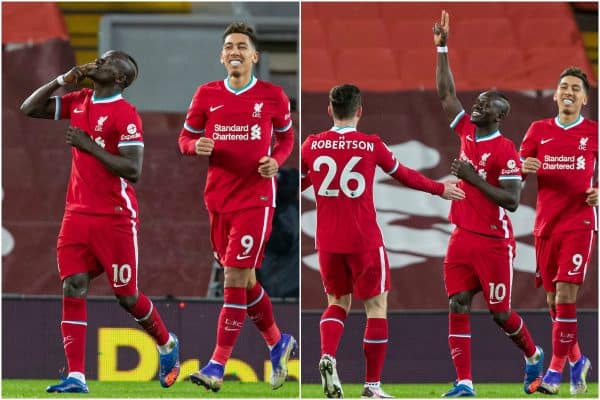 And the No. 10 did not disappoint against both Palace and the Baggies, as he kissed his fingers and raised them into the air as Lee had shown him after both of his goals.

While a simple gesture, it is one which is significant in a multitude of ways as the players’ relationship with the fans continues to grow stronger despite their absence from stadiums across the country.

Heartfelt and genuine, Mane’s tribute did not go unnoticed and Tim Tierney, community hub co-ordinator at The Florrie who was key to the virtual surprise, posted on Twitter after seeing his celebration:

Is right @SMane_Officiel I feel like we actually play for the reds. Love this fella. @TheFlorrie pic.twitter.com/Adz4God7i1

It’s moments like these which add greater significance to the game we love and the team we adore and here’s hoping we see the celebration time and time again from Mane in the games to come.

* To find out more about the Florrie and how you can support them click here.