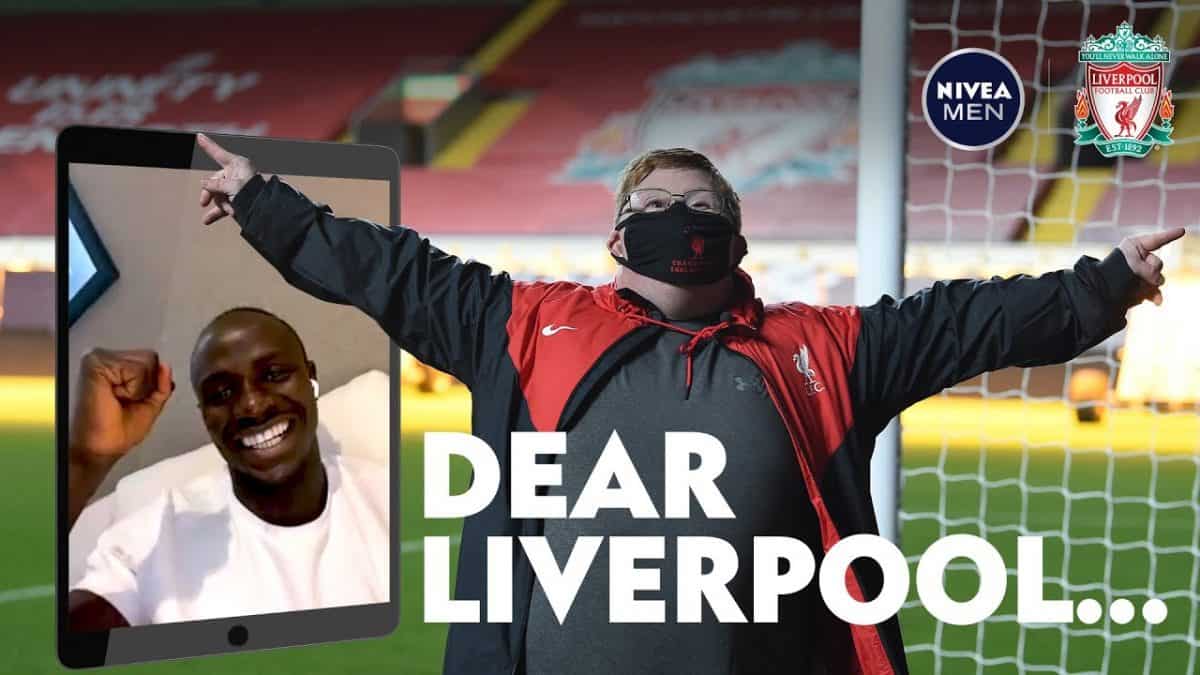 Sadio Mane made a dream come true as he surprised lifelong Liverpool fan Lee Swan with the chance to score at the Kop end and a donation to a cause very to close to his heart.

The Reds certainly know how to pull off a surprise and etch a smile on the faces of those who hold the club in a special place in their heart.

And it was no different for Lee as he became the latest to be on the receiving end of a heartwarming gesture from Mane in conjunction with club sponsor Nivea Men.

Lee is a committed volunteer at The Florrie, a community centre in Dingle which has been tirelessly committed to sourcing food parcels for residents across the city throughout the pandemic.

And his surprise came after Tim Tierney, community hub co-ordinator, wrote a letter to the club telling them all about Lee, ‘The King of Dingle’.

“You’d be fighting to find a better volunteer than him anywhere in the city, if not the country,” Tim said. “He’s got a massive heart, he cares for people…He’s just a really, really good person and he’s a massive Red.”

With COVID-19 restrictions still in place, Mane surprised Lee, while he was volunteering, over a video call and was on hand to have a chat and surprise him with a trip to Anfield to realise a dream of scoring at the Kop end.

What follows is moving and emotional as Mane guides Lee at every turn, checking into the Anfield dressing room where the Premier League trophy and a personalised shirt awaits before he heads out onto the hallowed Anfield turf.

A celebration to his granddad, which is copied by Mane – as he brilliantly nodded to his history of stealing goal celebrations – followed as he found the net time after time to the applause and support of Tim and Mane.

The surprises didn’t end there as Nivea and the club realised their goal of saving up for a van to help support more people in need across the city as a personalised one awaited outside the stadium.

“Honestly, what guys you are,” Mane said. “I think in this world many, many people should take this example to do the same and I think the world could do better.”

It’s a touching and emotional journey and you wouldn’t be the only one to shed a tear watching it. A classy touch from all those involved.

* To find out more about the Florrie and how you can support them click here.