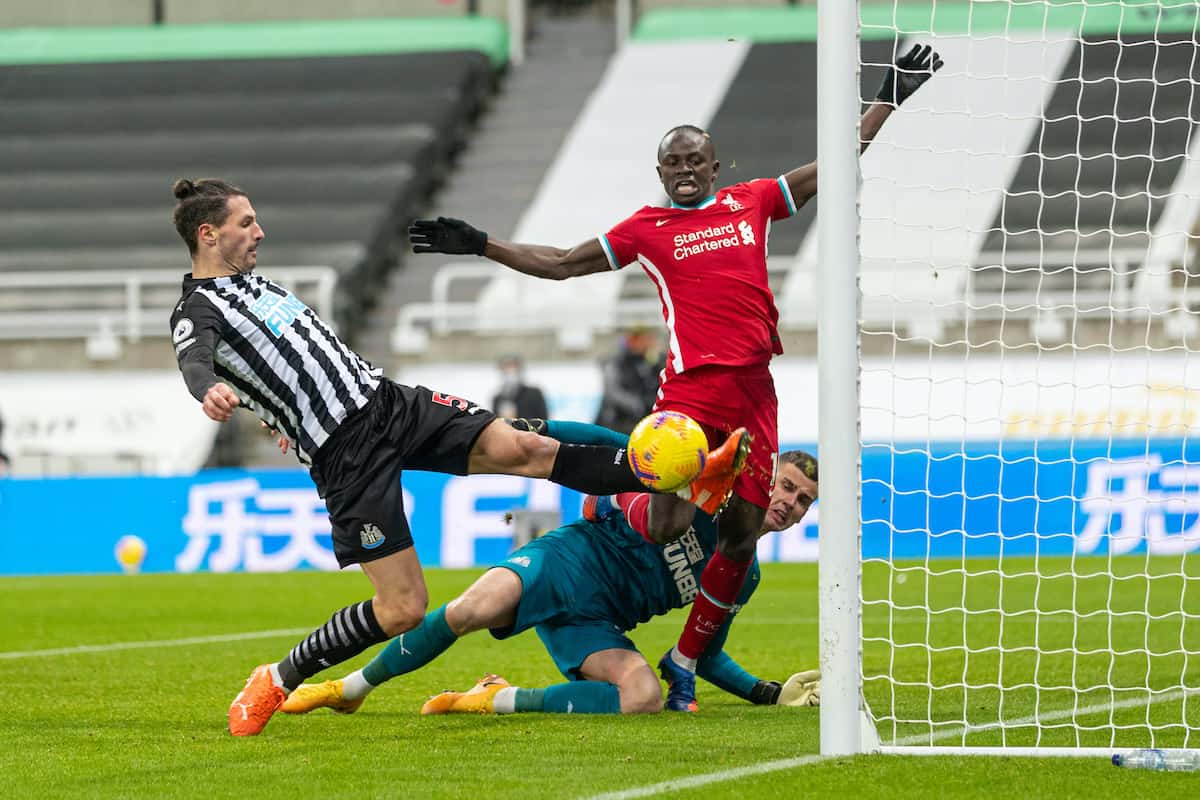 The Reds were aiming for a response after only managing to draw with West Brom at the weekend, making the trip to the north east.

Jurgen Klopp made two changes to the team that failed to beat the Baggies, with Nat Phillips and James Milner coming in for Joel Matip and Gini Wijnaldum.

There was a major pre-match positive for Liverpool, with Thiago making a long-awaited return to the squad, starting on the substitutes’ bench.

A drab first half saw the league leaders carry on from where they left off at the weekend, failing to spark at any point.

Chances came at a premium and it was arguably Newcastle who looked the more dangerous team, with Fabinho making a crucial block to deny Callum Wilson. 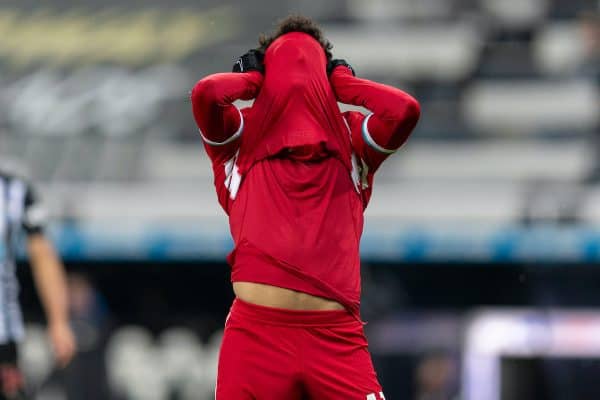 Mohamed Salah missed a glorious opportunity midway through the second half – he was also denied by Karl Darlow before the break – as Liverpool pushed for a winner.

Fabian Schar produced a miraculous clearance, Roberto Firmino headed wide and other half-chances came and went, but it never felt like happening for the Reds.

A point is a deeply disappointing result in the title race and it means Liverpool have now failed to beat the teams in 15th, 17th, 18th and 19th place in the table currently.

Man United know that a win at home to Aston Villa on New Year’s Day will draw them level on points with their arch-rivals at the top.

Liverpool have a five-day break before their next game – a trip to Southampton on Monday evening – and it looks like they need it.