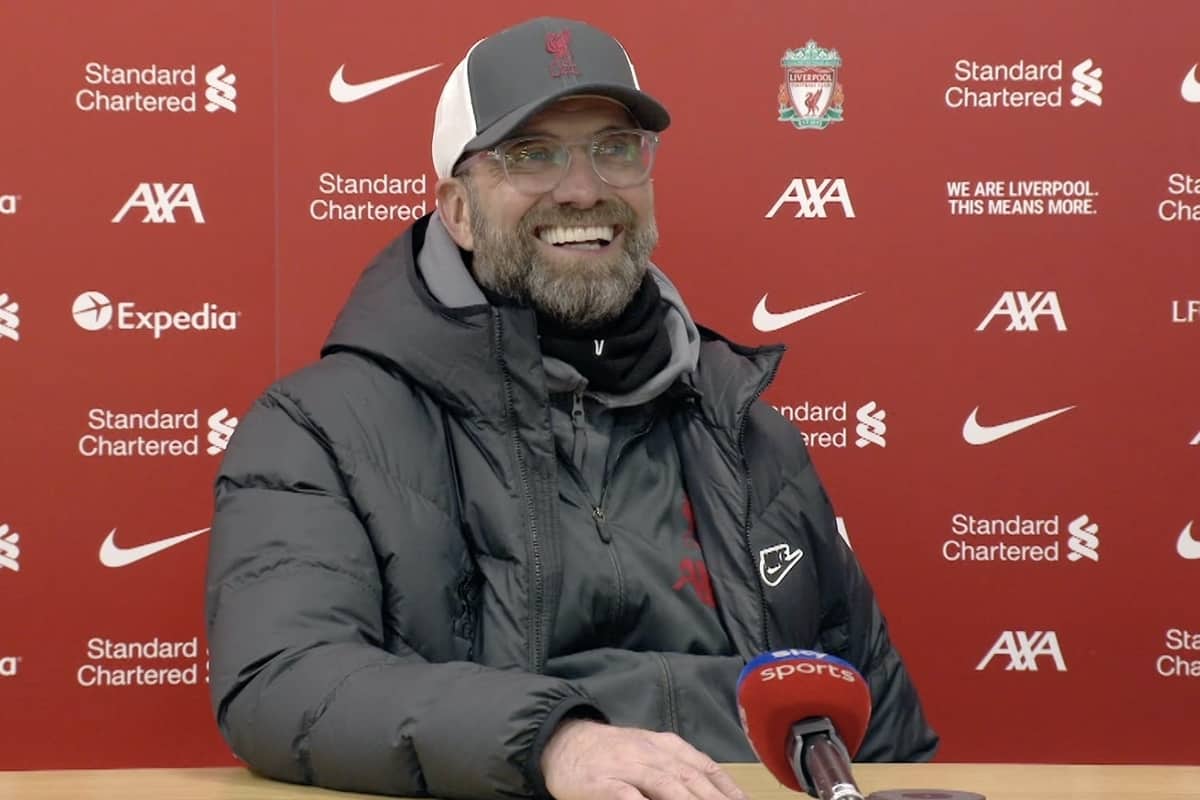 Another “tough challenge” awaits Liverpool when they meet Newcastle on Wednesday, with Jurgen Klopp eager for his side to bounce back after their draw over the weekend.

It was a day to forget for the Reds on Sunday as they let their narrow lead slip against West Brom to walk away with just a point, with Anfield witnessing its first blemish this season.

The Reds were punished for seeing their intensity waver and it was clear a lesson needed to be taken and learnt to ensure a similar misstep does not occur.

And Liverpool have little time to dwell as they need an immediate response with a trip to Newcastle coming just three days after the final whistle.

The manager previewed the clash immediately after the 1-1 draw on Sunday and was in more of a reflective mood having yet to analyse Steve Bruce’s side.

“That’s always important in life [to keep perspective],” Klopp said when asked about the West Brom result in the bigger picture.

“I want to win more than anything else but I had to learn so early in my life that it still doesn’t happen all the time.

“That’s completely fine. I like winning football games, especially when you deserve to win. But to deserve to win [against West Brom] I thought we should have done more.

“We ran a lot, fought a lot – that’s ok. But we needed to do more of the right stuff, it’s what I told the boys.

“I’m not angry with them, it can happen. A defeat is a defeat if you don’t learn from it, we will learn from it again and we will play football again.

“I’m not a young manager anymore and I can judge these things in the right way, we are not happy about it but now it’s over and we can make sure it doesn’t happen the same again.”

And the chance to make it right takes the Reds to St James’ Park to meet a team who have not won in their last four games in all competitions, the last being a victory over West Brom.

But there will no room for complacency for Klopp and co.

“It will be another tough challenge like all Newcastle games have always been,” he added. “We had three days, let’s make sure we are ready.”