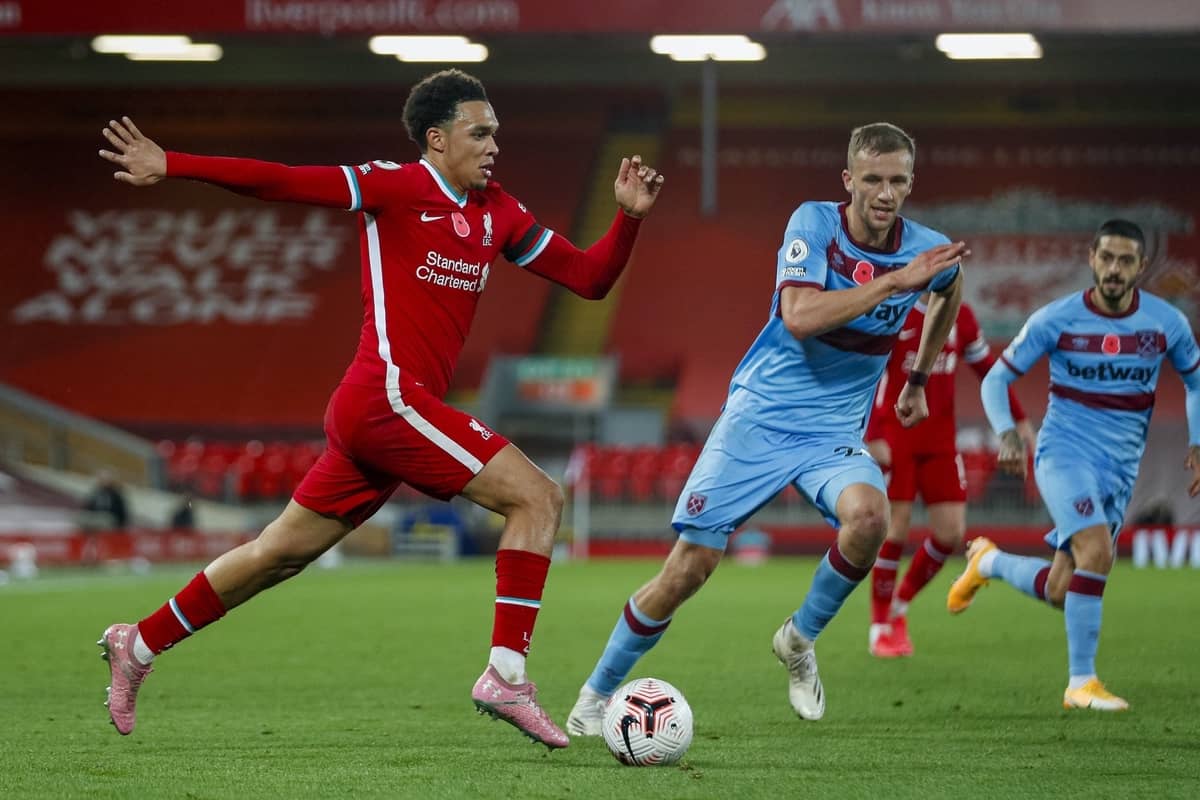 A chance to win back-to-back Premier League games is on the cards for Liverpool when they meet an in-form West Ham on Sunday afternoon.

It was a long time coming and the win was just what the doctor ordered for Liverpool.

After a long-run of sub-par performances where the creative spark was lacking, the Reds were emphatic in their 3-1 win over Tottenham to end a five-game run without a league victory.

It did not come without a price, however, as the Reds’ centre-back woes continued and while the odds fail to be in Liverpool’s favour in that position there is now a chance at establishing some much-needed momentum.

The surprise packet of West Ham stands in their way of doing so, with David Moyes’ side sitting just two points behind the Reds ahead of kick-off.

It presents another challenge as the Hammers have lost just twice on home soil this season, while the Reds have dropped points on their travels seven times in the top-flight.

One cannot underestimate the impact the win at Spurs will have had in the dressing room and here’s hoping the Reds can return to the capital with all three points for the second time in three days. 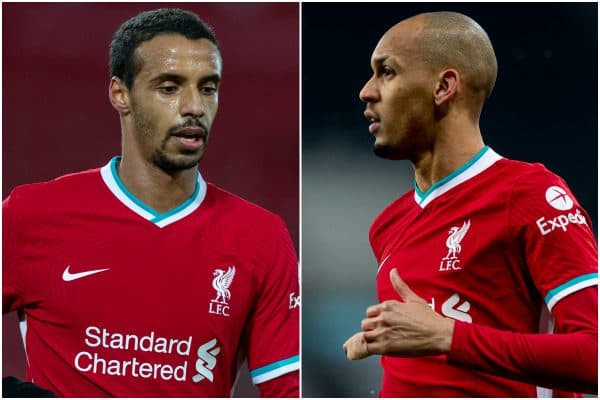 It was just Liverpool’s luck, wasn’t it?

The first blow came with Fabinho being absent from the squad at Tottenham with a “minor” muscle issue, which was then compounded by an ankle injury for Joel Matip in-game.

Klopp had initially described the No. 32’s injury as “serious” before later stating that there are “glimmers of hope” that it is not as bad as first feared, but his absence for the short-term is now guaranteed.

The Brazilian, meanwhile, will also be unavailable against West Ham but fingers will be crossed that his layoff in games can be counted on less than one hand.

The two setbacks have intensified talk around signing a new centre-back and Liverpool have until February 1 to do so.

Naby Keita and Diogo Jota, meanwhile, remain unavailable for the fixture alongside the long-term absentees of Virgil van Dijk and Joe Gomez – who the boss said he would be “positively surprised” if he features again this season.

The hosts, on the other hand, will be without Arthur Masuaku and Darren Randolph but now have the option of turning to Jess Lingard after his arrival on loan from Man United. 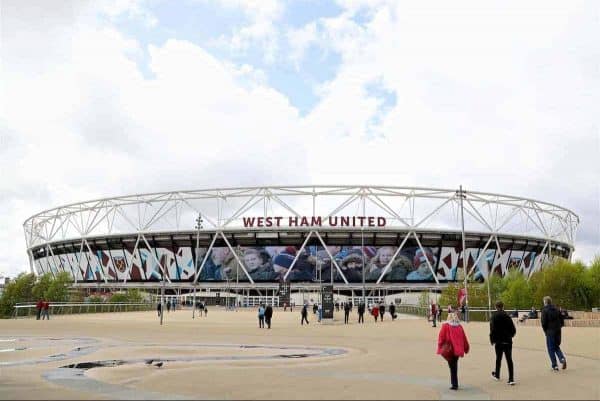 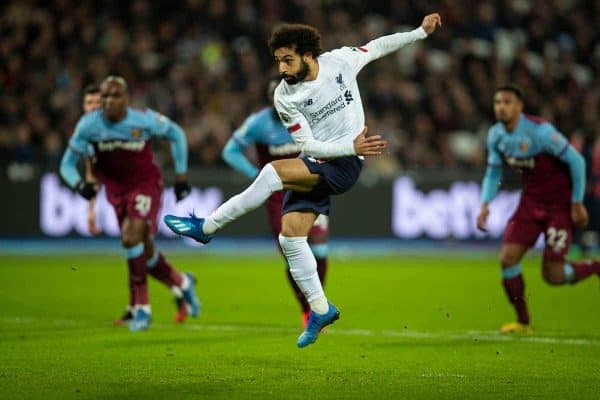 That Salah could topple both Steven Gerrard and Michael Owen in Liverpool’s Premier League goalscoring charts against the Hammers.

The trio currently all sit on seven goals against the Hammers, with the Egyptian having netted his seven in seven appearances for the Reds.

In fact, should he score on Sunday then he will become the first Liverpool player since Billy Liddel in 1958 to score in four consecutive league games against West Ham and the first to do so in the top-flight.

Speaking in his pre-match press conference, Klopp was complimentary to his counterpart David Moyes and the work he has undertaken with the Hammers:

“It’s great to see that something like this is possible. David Moyes obviously always had a clear idea, brought in the right players, really exciting, I think.

“Everybody’s really impressed by the goal threat of Soucek, it’s incredible, Antonio’s back, these kinds of things.

“It’s just settled now, obviously took a little bit, that’s normal as well, and last year they really had to fight hard for staying in the league but now they are longer together and it works out.

“I’m really pleased for David, to be honest.”

West Ham vs. Liverpool kicks off at 4.30pm (GMT) and will be shown live in the UK on Sky Sports Premier League and Sky Sports Main Event, with coverage from 4pm.

Ben Twelves will be at the helm of This Is Anfield’s matchday liveblog, providing regular updates on all the action and keeping you entertained from 3.45pm.