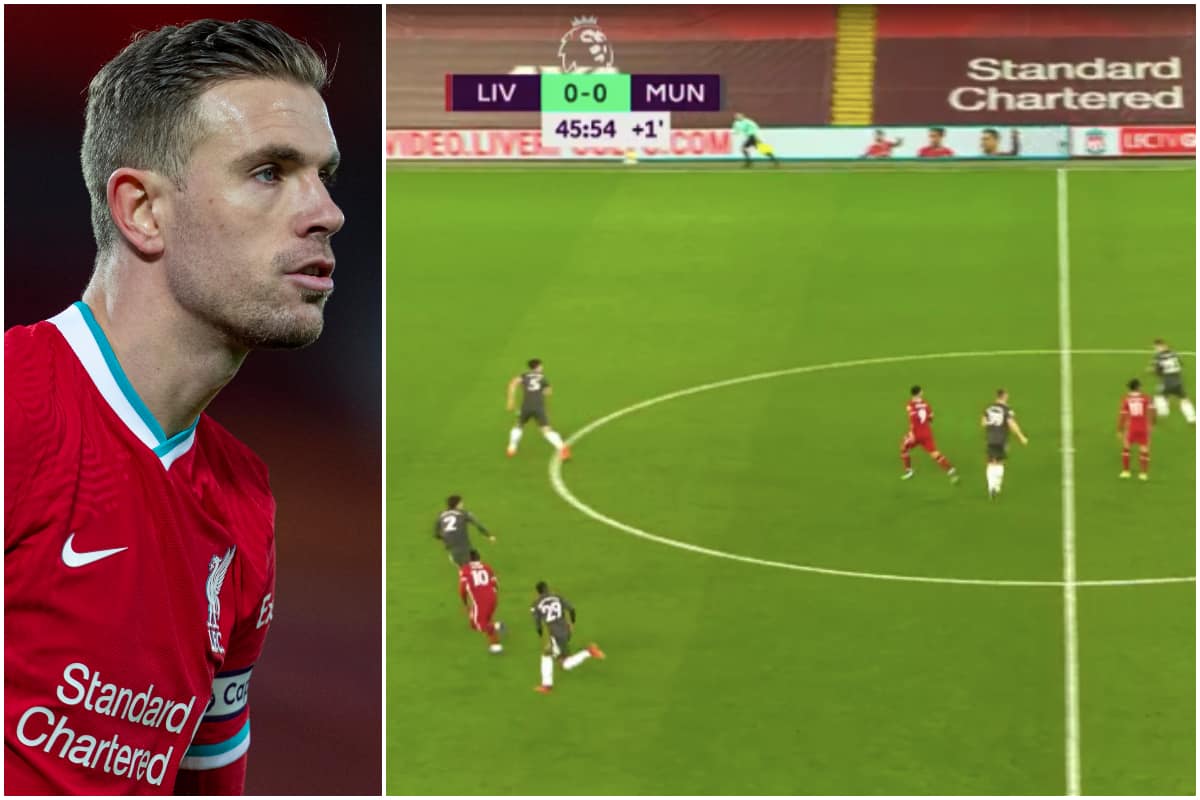 Jordan Henderson criticised the “very strange” decision from referee Paul Tierney to blow the half-time whistle as Sadio Mane was “through on goal.”

Prior to the matchup, the referees formed a significant part of the pre-match narrative and debate which kickstarted with Mark Clattenburg bizarrely calling out Jurgen Klopp.

It ensured all eyes would be on the referee’s performance at Anfield on Sunday, with Tierney’s appointment one which was initially questioned and put under scrutiny.

And it was a performance which did raise eyebrows, to say the least, especially when the half-time whistle was blown six seconds early from one-minute of extra-time with Mane running through on goal unopposed.

It was swiftly identified by the Liverpool faithful on social media and the captain revealed he “was not happy about” what was a “strange” decision, nor were his frustrated teammates.

“We weren’t happy about that, as you can imagine,” Henderson told Sky Sports post-match. “Strange, very strange. I think he’s through on goal if he doesn’t blow [the whistle].

“I don’t know. We were frustrated at half-time but there was still plenty of time to score a goal but, again, we lacked that quality in the last bit.” 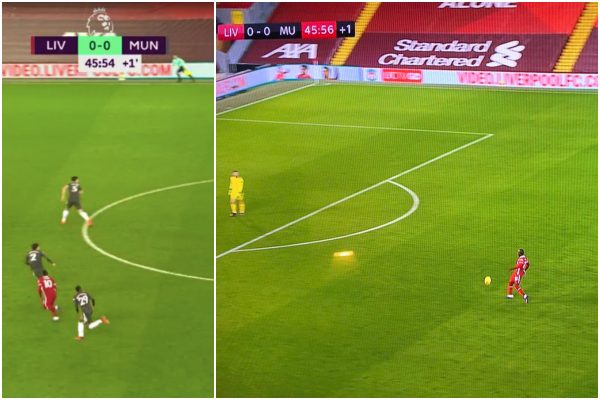 It was a call which exemplified the standard of refereeing in the Premier League and with a minimum of one minute of added-time signalled, Tierney could have at least let the play develop as is the case with offside calls.

‘Strange’ is just one of the words you could describe such a move but, of course, Henderson is restricted by what he can say in regards to criticising a referee’s performance.

It in no way was the determining factor in the game with Liverpool having had a number of openings to capitalise on, but it is yet another source of frustration.

And while the skipper was disappointed not to have picked up the Reds’ first league win since the trip to Crystal Palace, he felt it was still a solid performance which needs to be built on.

“I would say the performance level has not been up to standard the last couple of weeks, as we know,” Henderson continued.

“But, again, these group of lads show we have got to keep going, keep working hard and keep improving.

“It’s a strange season for everyone this year, so we will not stop now. We want to keep going, I think our performance level was very good today, all you can do is leave everything on the pitch.

“We can’t be too down, yes we want to win, we tried our best to win but unfortunately couldn’t find the goal to make it happen. There’s still a long way to go and a lot of points to play for and we’ll give everything right until the end.”