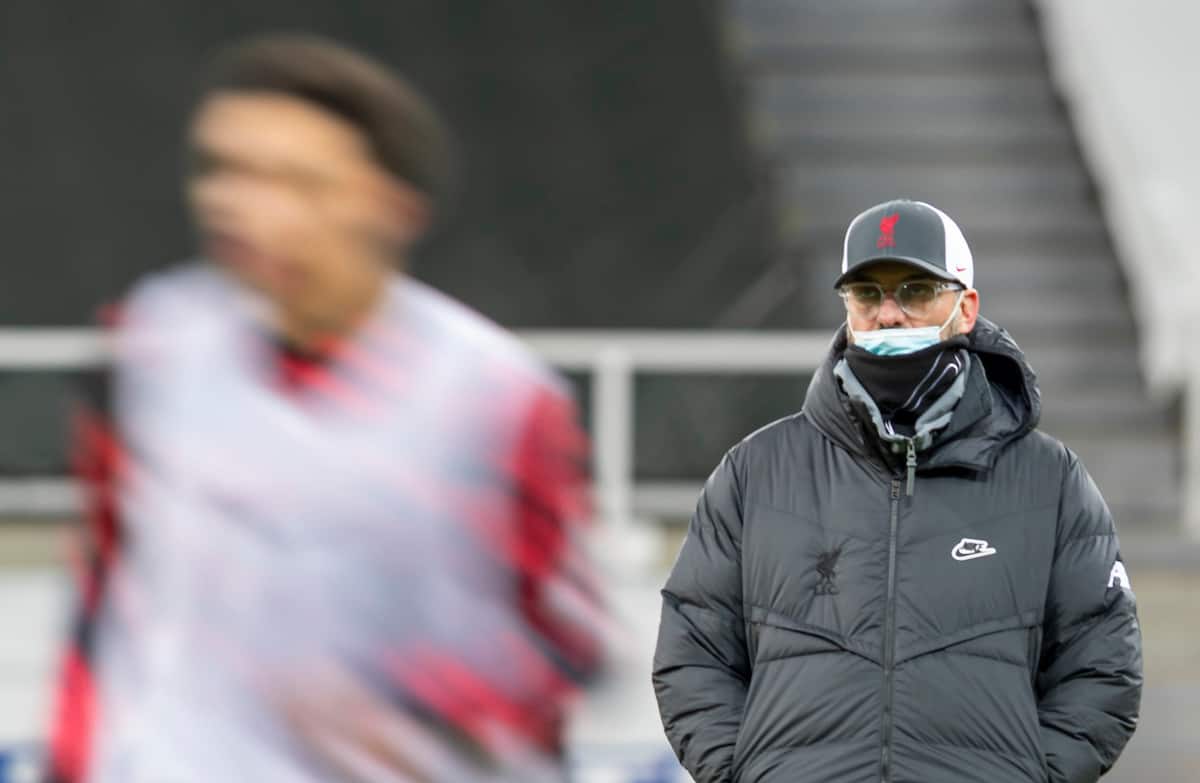 It’s all about “the right thing” in the winter window for Jurgen Klopp not simply dipping a hand in the market without a clear plan, but Liverpool will make signings “if we can.”

It has been a season to date besieged by injury for Liverpool, with 15 members of the first-team having been ruled out of action at some stage due to either injury or COVID-19.

But it is the centre-half position which has been handed blow after blow, with both Virgil van Dijk and Joe Gomez dealing with long-term knee injuries and Joel Matip unable to stay fit for a prolonged period of time.

It has forced Fabinho to move from an emergency fourth choice option to first in line, where he too has battled with injury, with the rising duo of Nat Phillips and Rhys Williams drafted in to boost the numbers.

Nevertheless, the Reds have maintained their lofty ambitions throughout by finishing top of the Champions League group and sitting at the summit of the Premier League.

But with the January transfer window now open, there is a growing sense that Liverpool need to address the shortfall in numbers and experience at the heart of the defence to cope with the challenges and gruelling schedule which awaits.

Various journalists have distanced Liverpool from any such move having stated Klopp is content with his options, but the manager himself remains open to incoming signings if it is the “right” fit.

“So we have solutions in the squad, obviously, yes and we struggle still,” Klopp explained.

“The injuries we have in this specific moment, they happened – most of the time – in the centre-half position.

“That’s all clear, because some players are injured, play pretty quick like Joel and then get injured again, it can just happen like this when it starts at one point and it doesn’t stop.

“So we have solutions in the squad, and if we can, or if we will do something in the winter, I just don’t know.

“It’s really like that. It’s a very difficult transfer window, as you can imagine, not a lot of clubs have real money, some clubs don’t have money but don’t need money [from sales], so that’s the situation.

“Doing ‘something’ makes no sense; doing the right thing would make sense, but doing something [for the sake of it] makes no sense.

“So far, as long as we are in the situation we are in, we have to deal with it. We do, and I liked Nat tonight, I really liked what he did.

“He’s just an absolutely, completely clear boy, knows about his abilities and is using it and is just doing the job. He helped us today a lot.

“It was clear that he would play tonight, because we now have three centre-halves in the moment, so if Rhys would have played tonight again then Nat wouldn’t have played for five, six weeks, which makes no sense, because he needs rhythm as well.

While showing faith in those currently available to him is to be admired, Klopp and co. are no strangers to pulling the trigger when required.

As the boss noted, there will have been time and consideration poured into any move Liverpool do or do not make but knowing they are in a vulnerable position, it’s no wonder they would be keeping quiet as to not strengthen the position of the selling club.

The Reds have been linked with the likes of RB Leipzig’s Dayot Upamecano, Schalke’s Ozan Kabak, Torino’s Gleison Bremer and most recently Lille’s Sven Botman and Braga’s David Carmo.