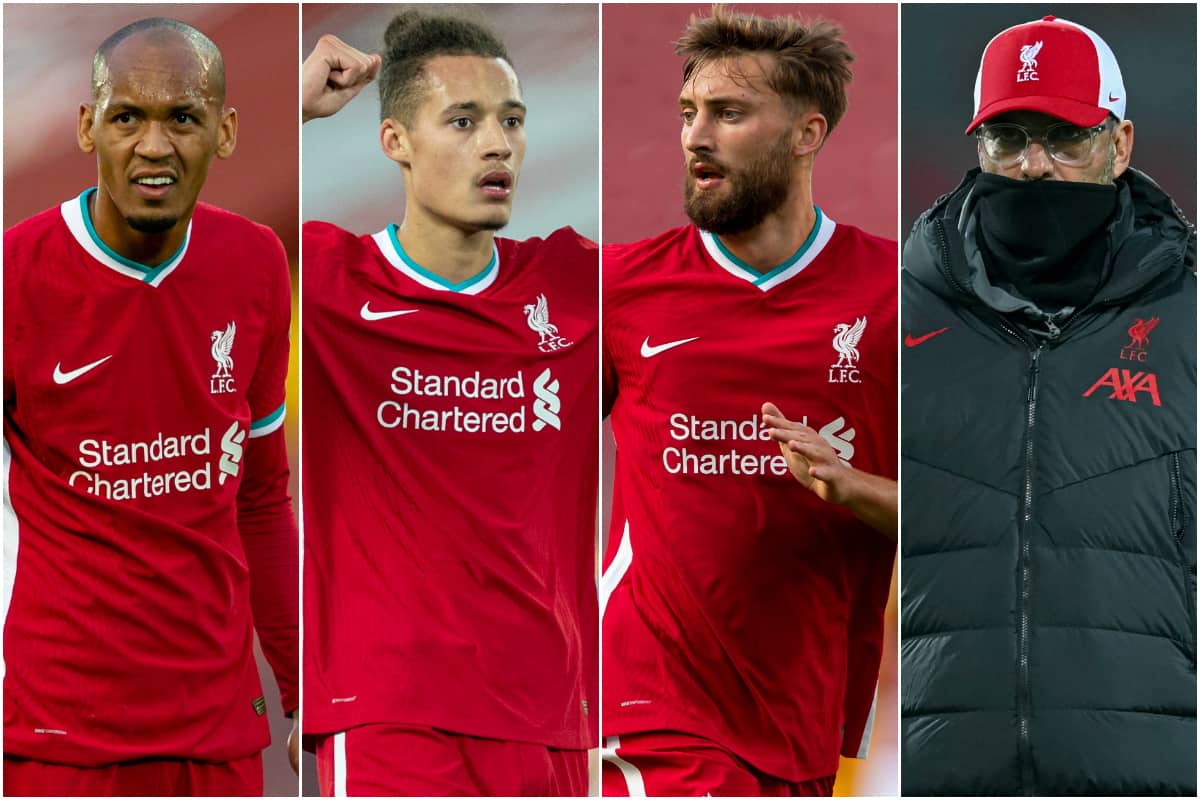 Despite injuries to Virgil van Dijk, Joe Gomez and now Joel Matip, Liverpool are claimed to have no interest in a January centre-back signing – but could we still see one made?

The Reds endured yet another setback in their defensive ranks as Matip pulled up with an adductor problem in the second half of Sunday’s 1-1 draw with West Brom.

Matip was replaced by 19-year-old Rhys Williams, making his 10th appearance of the campaign, but he and Fabinho were unable to help Alisson keep a clean sheet as Semi Ajayi equalised with eight minutes left to play.

Williams could keep his place alongside Fabinho for Wednesday night’s clash with Newcastle, with Nat Phillips the only other specialist option, though Jordan Henderson is also available to fill in.

According to the Mail‘s Dominic King, Jurgen Klopp is content with these options moving forward, even though a scan on Tuesday could see Matip ruled out for “several weeks.”

King writes that “as things stand, Liverpool have no intention of looking to bring someone in on loan to provide cover,” with the wider point being that no addition would be made at all.

This is due to the belief that Williams and Phillips “have the quality to take on more responsibility and know how Klopp wants to play.”

The Athletic‘s James Pearce has previously stressed that the Reds are “unlikely” to bring anyone in during the January transfer window, with there being a patience on Merseyside regarding the eventual return of Van Dijk and Gomez.

It may well be the case that Klopp is set to keep faith in Williams and Phillips as partners to Fabinho, and in Matip’s powers of recovery in the second half of the season, and it would be a credit to the manager if he does so.

But the situation in the press is a familiar one, as has been played out on a number of occasions at Liverpool in recent years.

In the wake of Loris Karius‘ nightmare in the Champions League final in 2018, it was claimed that the Reds would not sign a new goalkeeper, and that Danny Ward could even be given a chance as No. 1.

A year on, Alisson was starting as Klopp’s side brought home a sixth European Cup, with Karius on loan at Besiktas and Ward sold to Leicester – Simon Mignolet moved on to Club Brugge soon after.

Earlier this year, it was widely reported, despite repeated claims from Germany, that the club were not pursuing Thiago, with the Liverpool Echo describing him as “not an active target.”

Mid-September came, though, and Thiago was wearing the No. 6 shirt, with a £25 million deal with Bayern Munich followed swiftly by the arrival of Diogo Jota from Wolves, after it was also suggested no new forward would be brought in.

There are other examples, too, such as the downplaying of interest in Alex Oxlade-Chamberlain back in 2017, and the nothing of a sell-to-buy summer just gone.

King may be right, and Klopp may be doubling down on his current options, but it would be remiss to ignore how Liverpool generally work in the shadows while the media work on the opposite angle.

The Reds could still bring in a new centre-back in January, but to show their hand with stories of interest in a deal would strengthen the position of any club Michael Edwards enters into negotiations with.

Keeping things quiet is a sensible approach, with it impossible to rule out a temporary or permenant addition given the unique circumstances surrounding this season.