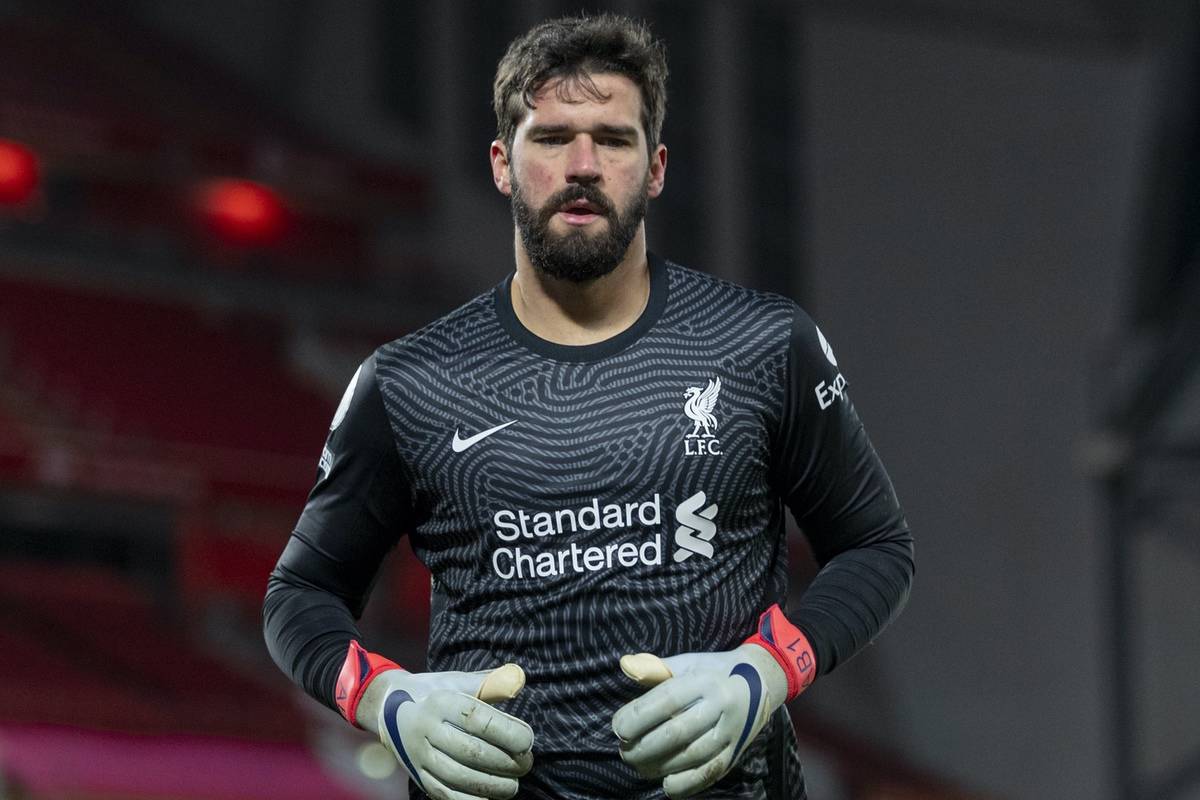 Almost no Liverpool player performed well in their dreadful 1-0 loss at home to Burnley on Thursday night, with low ratings across the board.

The Reds were looking for a first Premier League win since the 7-0 thrashing of Crystal Palace last month, with Jurgen Klopp starting the likes of Alex Oxlade-Chamberlain and Divock Origi.

It was Origi who had Liverpool’s best chance of the opening 45 minutes, racing through and hitting the crossbar after an error from Ben Mee.

The Reds came increasingly desperate as the minutes passed, with substitute Roberto Firmino missing a glorious chance with the goal gaping.

Their misery was complete when Ashley Barnes buried a late penalty, following a foul by Alisson, ending their long unbeaten home run.

Here we compare our player ratings with those from the Liverpool Echo, The Independent, BBC Sport, FotMob and the TIA readers. 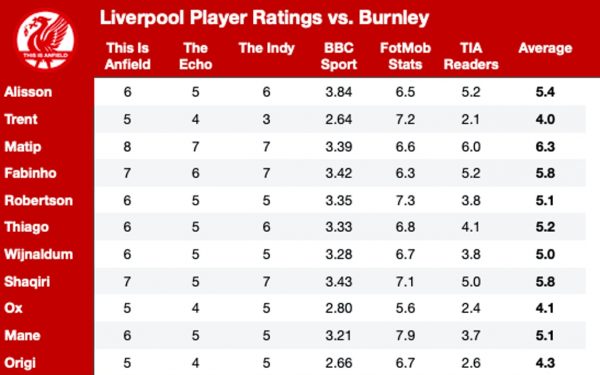 Joel Matip (6.3) was comfortably Liverpool’s standout player on a dire night at Anfield, producing a solid performance on his return to the side.

The Cameroonian did very little wrong throughout the evening, biting into tackles, using the ball well and keeping Burnley‘s attack quiet.

Matip was handed TIA’s Man of the Match award by Joanna Durkan, who said his “front-foot approach and desire to find his forward players was clear to see.”

Meanwhile, the Echo‘s Ian Doyle described the centre-back as “easily Liverpool’s best player,” highlighting a “good interception” in the first half.

Sharing joint-second place in the average ratings are Fabinho (5.8) and Xherdan Shaqiri (5.8), although their scores sum up how bad the Reds were.

Writing for the Independent, Karl Matchett thought Fabinho was his “usual solid self” at the back, with others far more to blame for the defeat.

FotMob noted that Shaqiri produced two key passes at Anfield and won four of his seven duels, as the Swiss tried to make things happens in the final third.

Trent Alexander-Arnold (4.0) had another awful night at the office and was deemed Liverpool’s worst player overall.

Doyle thought that “far too often he chose the wrong cross,” while Matchett handed him a three-out-of-10 rating and concluded that he was “very poor in the final third again.”

Liverpool are back in FA Cup action on Sunday, as they head to Man United for a fourth round clash and second meeting in the space of a week.