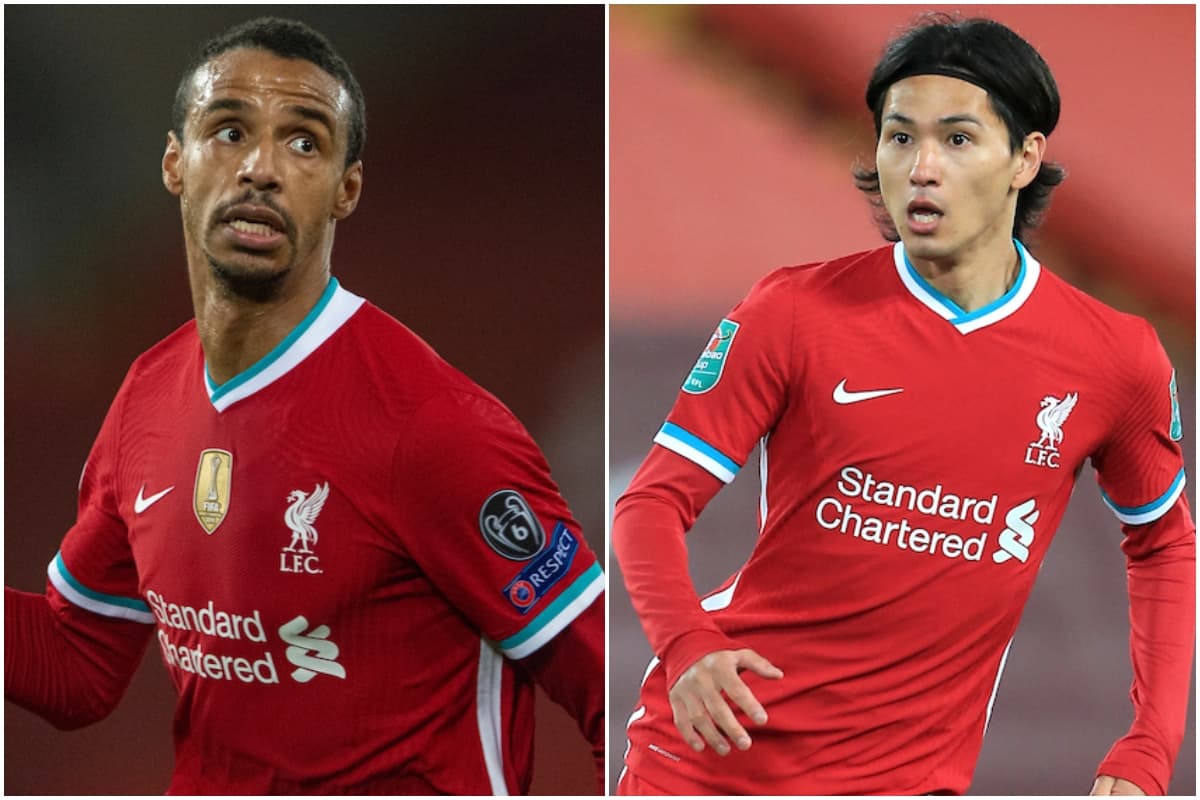 Jurgen Klopp could be in the position to field his best possible XI when Burnley arrive at Anfield, with the availability of Joel Matip key to such plans.

The Reds saw themselves slide down the table once more after the goalless draw with Man United last time out, sitting fourth prior to matchday 18 – the halfway point.

It’s been a trying few weeks for Klopp’s side as they have picked up just three points from the last available 12, with Liverpool seemingly misplacing their goalscoring boots.

It puts more pressure on turning their fortunes around against the next visitors in Burnley, who will continue to pose the same low block questions that have proved troublesome.

A response is desperately needed to stem the tide and Thursday’s encounter could see a senior centre-back welcomed back into the fold and a subsequent ripple effect to take place throughout the XI.

Here’s how Klopp could lineup his side against the Clarets.

Like it was prior to United’s visit, all eyes remain on Matip and his availability after the Reds erred on the side of caution despite his return to training.

Speaking in his pre-match press conference on Wednesday, Klopp was coy on his centre-back having said: “Joel is in full training and now we have to make a decision and we will see how that will be.”

But with nearly a week of training under the belt, the 29-year-old looks set to retake his place in the starting lineup and reunite with Fabinho, freeing up Jordan Henderson in midfield.

The skipper then finds himself with a number of potential combinations in the middle of the park, with Thiago, Gini Wijnaldum, Curtis Jones, Xherdan Shaqiri and Alex Oxlade-Chamberlain all vying for a spot.

No new update was provided on Naby Keita, who is once again expected to miss out as a patient approach is taken with his recovery from the latest injury setback.

And there is certainly scope for Takumi Minamino to finally be given a chance amid a dry patch for the front three with Diogo Jota still absent. 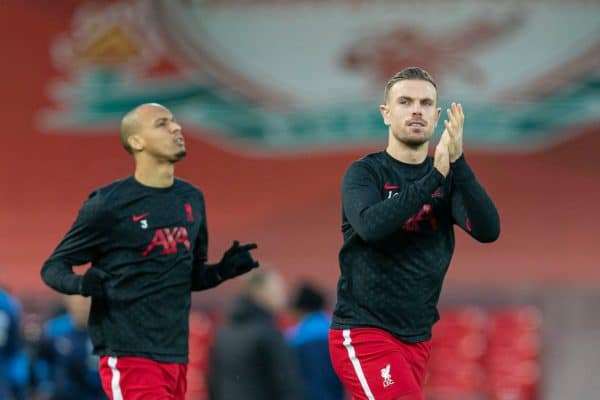 It could certainly be a case of sending out the best available XI at Klopp’s disposal, on paper at least, for this one, despite another game following three days later.

Such a move rests on Matip making his return and settling in alongside a back-line of Alisson, Trent Alexander-Arnold, Fabinho and Andy Robertson – who have conceded once in their last three outings.

This would add much-needed height back into the side against a physical Burnley side who look to capitalise from set-piece situations.

Henderson would then shift back into midfield alongside Thiago and Gini Wijnaldum, a trident who can effectively rotate through the positions.

The 4-3-3 system could very well see Mohamed Salah, Sadio Mane and Roberto Firmino given another shot at turning their fortunes around as they remain first-choice with little competition emerging elsewhere: 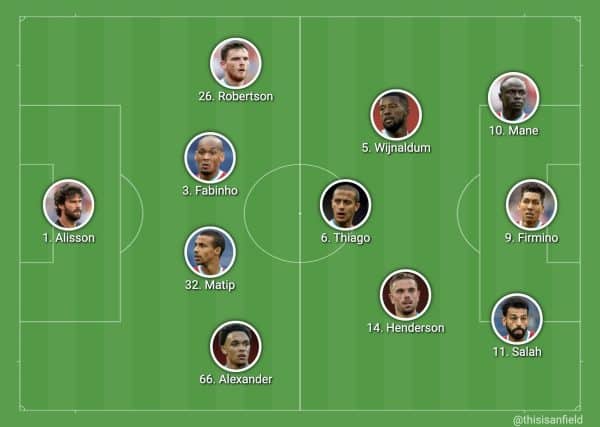 And while the likes of Rhys Williams, Nat Phillips and the captain will be in the wings to partner Fabinho, Matip remains likely to start despite Klopp’s coyness.

His presence is one which could be part of a 4-2-3-1 system to ask more questions of a low-block defence set to be deployed by the Clarets.

This would enable Wijnaldum to be rotated out of the side for a timely rest, with Thiago and Henderson deployed in a double-pivot behind a new-look four-man attack.

With creativity lacking and a spark needed, now could be just the time to rest Firmino, despite Klopp claiming fatigue is a non-issue, with Minamino taking his place.

Shaqiri would then occupy the No. 10 role with Salah leading the line, providing a fresh look and a unit capable of unlocking what will be a stubborn defence: 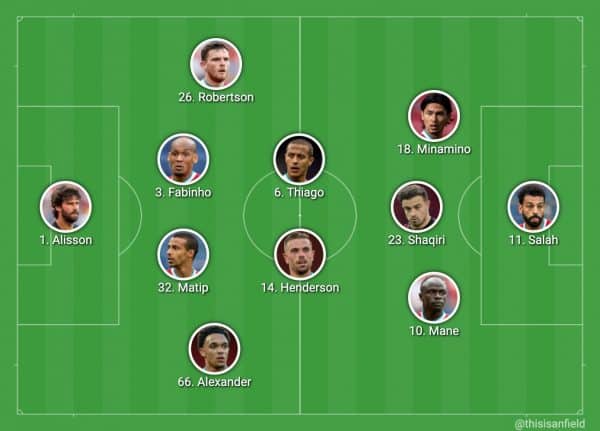 The focus will be on Liverpool breaking two barren runs against Sean Dyche’s side, with the first win in five league desperately needed – which can only happen by finding the net.

It has not yet reached a stage of desperation but confidence is lacking and while Klopp has shown a desire to give his usual faces opportunities to right the ship, now could be the ideal time for a change up top. It’s surely worth trying at this point.