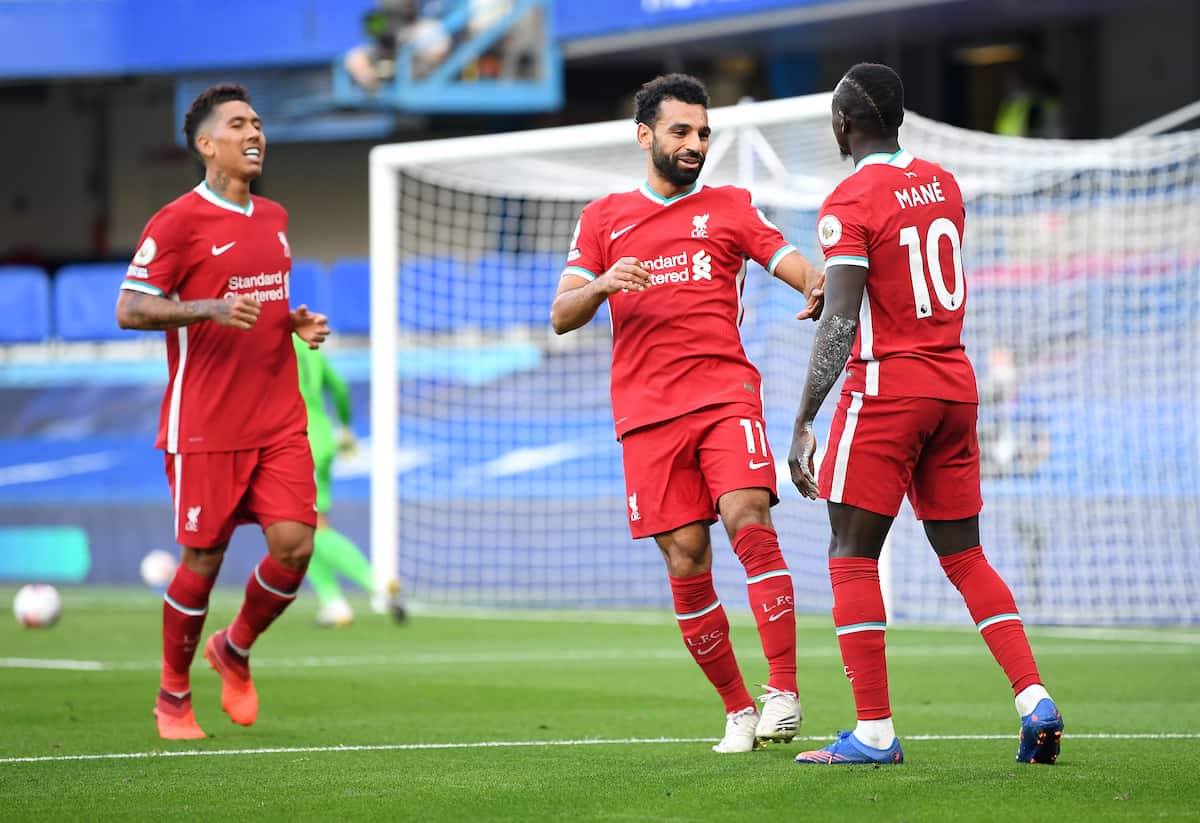 Jurgen Klopp has refuted suggestions that his front three are fatigued, saying instead “we are as fresh as possible” despite a noticeable drop-off.

The Reds are on a barren run in front of goal, having failed to find the net in the last three league games for the first time since 2005.

Another Premier League outing without one would represent the longest streak since the 1999/2000 season, which Liverpool can ill afford as they look to keep in reach of the top of the table.

With just three points collected from the last available 12, the Reds desperately need to re-find the spark in front of the sticks which was last on display in the 7-0 rout of Crystal Palace.

But the form of the usual attacking trident is a stark contrast to that which saw them heralded as Europe’s most fearsome combination, as their ruthless edge has abandoned them.

There has been a shared sentiment that fatigue is playing its part, with the trio having been key to the high tempo and eye-catching performances under Klopp for four years now.

And while fans and pundits alike have questioned fatigue playing its role in the current drop in form, especially in a condensed season like no other, Klopp has distanced his players from such claims.

“It’s about the whole team, no doubt about that,” the boss told reporters in regards to the current goalscoring drought.

“The boys themselves know that goals aren’t flying in from the right and left at the moment, but you just have to work on it. There will be a moment where we score again.

“The calmer you stay, but staying greedy as well, and make good decisions then the earlier the situation will change.

“Nobody is tired, nobody is fatigued. It plays absolutely no role. We are as fresh as possible.”

It’s not necessarily a shock that Klopp would refute suggestions of tiredness, but when you consider Firmino, Salah and Mane are three of his six most-used players in his time at the helm, it’s not in the least bit surprising that they are no longer consistently firing.

Diogo Jota was added to the fold to assist but injury has scuppered those plans in the short-term, while Takumi Minamino seems bizarrely out of favour and Divock Origi remains an enigma.

And one cannot overlook the mental fatigue of the game, and simply focus on just the physical.

In the meantime, however, Klopp knows the Reds have “an offensive crisis” but has been in the game long enough to know things can “change overnight.”

“Teams defend against us with all they have, we’ve known that for a while,” he added on the barren run.

“In the moment, we have an offensive crisis and the next headline will be that everybody knows how to deal with us, that’s completely normal in these phases.

“Things change overnight. I think I heard somewhere I have to rebuild this team, so the world is a crazy place – not only because of the pandemic it’s because nobody has time anymore.

“In football, we know that. I’m here long enough to know that you never really get the time and you only get time if you always make steps forward, then people say ‘I can see it’.

“In the moment, after last season it’s clear we didn’t make steps forward – we really know that – and we want to change that. But we have to change that by playing, not by talking.”