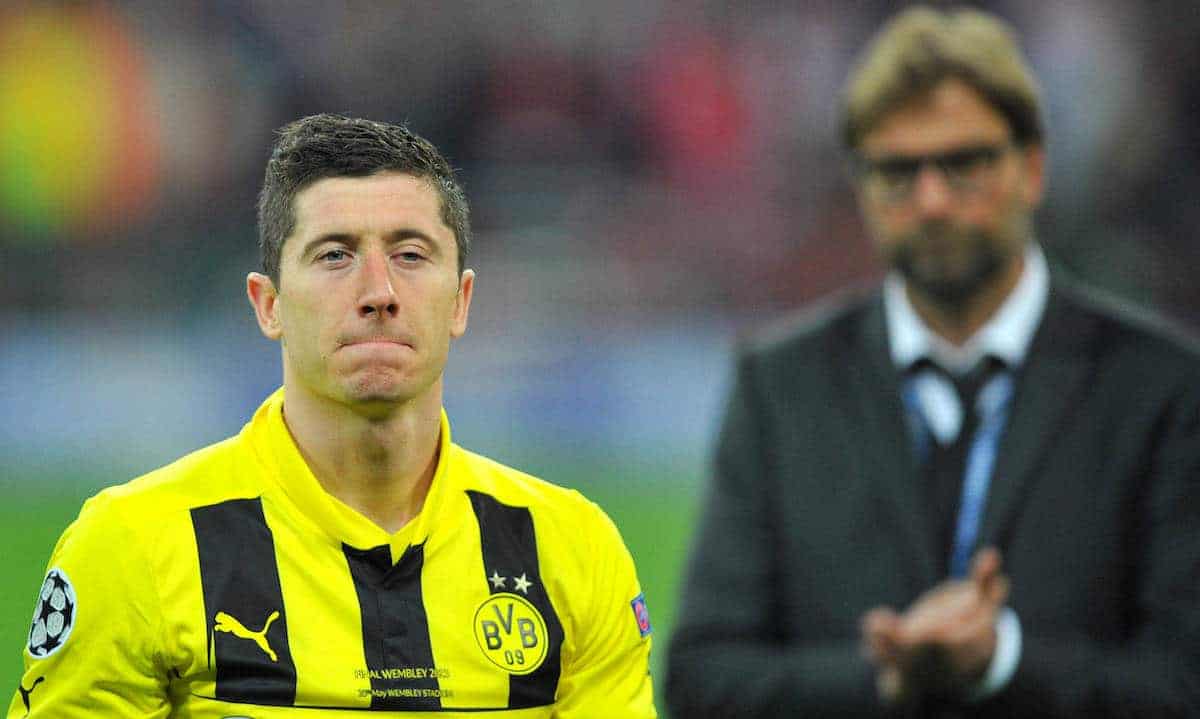 Robert Lewandowski has described Jurgen Klopp as a “father figure” during their time at Dortmund, explaining how the Liverpool manager demands “A+ students.”

Lewandowski spent four seasons working under Klopp at Dortmund, making 186 appearances for the German, scoring 102 goals and laying on 42 assists.

Only Mohamed Salah (111) has scored more than Lewandowski during Klopp’s career as a manager, with the Liverpool No. 11 one of just five players to register more assists, with his 48 second only to Roberto Firmino (63).

The Pole has, therefore, a great deal of gratitude to the Liverpool boss, and vice versa, with Klopp and Lewandowski forming a close bond while working together in the Bundesliga.

In a column for The Players’ Tribune, Lewandowski discusses the loss of his father when he was 16, and how Klopp became a “father figure” to him at Dortmund.

“I could talk to Jurgen about anything. I could trust him. He is a family man, and he has so much empathy for what goes on in your private life,” he said.

“Jurgen was not only a father figure to me. As a coach, he was like the ‘bad’ teacher. And I mean that in the best sense of the word. 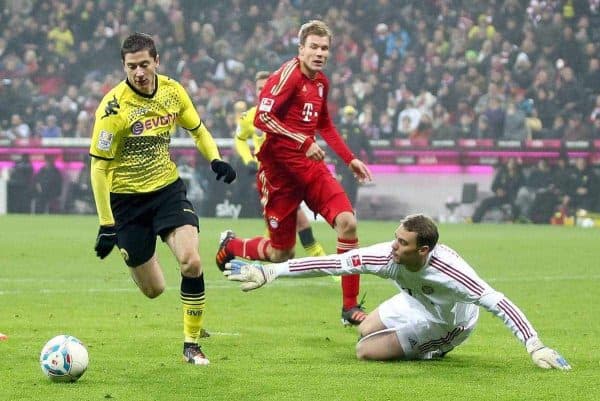 “Let me explain. Think back to you when you were in school. Which teacher do you remember the most?

“Not the one who made life easy for you and never expected anything from you.

“No, no, no. You remember the bad teacher, the one who was strict with you. The one who put pressure on you and did everything to get the best out of you.

“That’s the teacher who made you better, right? And Jurgen was like that.

“He was not content to let you be a B student, you know? Jurgen wanted A+ students. He didn’t want it for him. He wanted it for you.”

Lewandowski’s praise for Klopp as a man and as a manager is similar to that heard from many of his former and current players, with the German able to translate his natural empathy with a desire to nurture talent on the pitch.

“He taught me so much. When I arrived at Dortmund, I wanted to do everything quickly: strong pass, one touch only. Jurgen showed me to calm down – to take two touches if necessary,” Lewandowski continued.

“It was totally against my nature, but soon I was scoring more goals.

“When I had that down, he challenged me to speed it up again. One touch. BANG. Goal. He slowed me down to speed me up. It sounds simple, but it was genius, really.”

He continued to highlight how Klopp “never forgot that we were humans first and footballers second,” and this is one of the key traits of the Liverpool manager: his ability to connect with the individual.

Klopp could clearly never replace Lewandowski’s father, but the striker explained how a conversation during his second season allowed him to shake off a “hang-up” that was affecting form, which he believes had “something to do with my father.”

“At the time I didn’t think about it. But now I realise that my conversation with Jurgen was like one of those I wish I could’ve had with my dad,” the Pole said.

“One of those I had not been able to have in many, many years.”