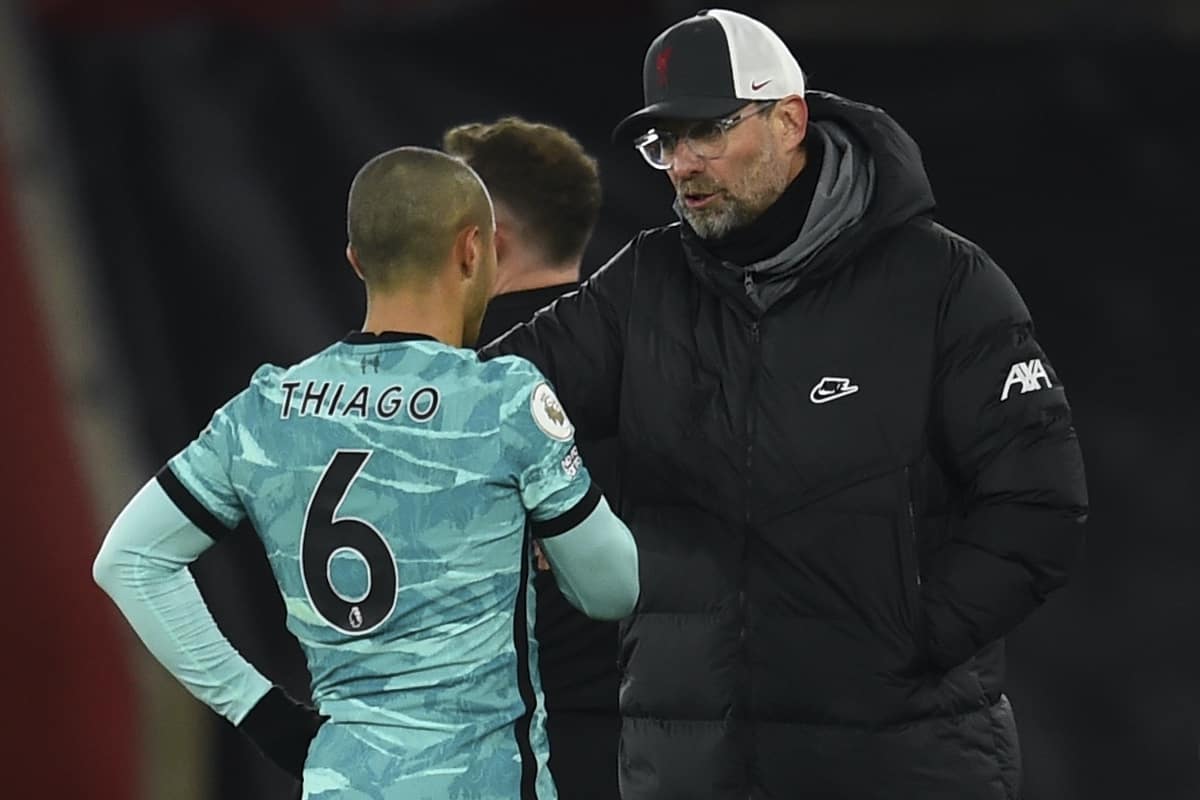 An excellent finish from Danny Ings and some good defending gave Southampton the win, but there were a number of problems within the Liverpool ranks.

Was stranded for the goal as Ings lofted a shot over his head — not much he could do about that really.

A misplaced pass in the first half landed at the feet of Theo Walcott and gave Southampton a chance.

Had a routine save to make later on, but was in no man’s land as Yann Valery attacked down the right. Was bailed out by covering defenders and an under-hit shot from the Frenchmen.

Went up for a corner late on such was the desperation.

Slow to react at the set-piece for the first goal, but that’s what those are designed for and was really well prepared and well-worked from Southampton. He missed the ball, though, when given chance to clear.

Had trouble with Djenepo, loose in the challenge and easily bypassed. Will have been glad when the Malian left the pitch.

But he also left the pitch in the second half, taken off by an annoyed Klopp after nothing came off for the right-back throughout. This was indicated by a stat revealed by Sky that he gave the ball away 38 times during the game – more than any other Premier League player in a game this season.

He looks badly out of form, and has for a while, but seemingly Klopp doesn’t see Neco Williams as an able deputy to actually replace him.

Was decent enough on the ground, getting a foot in on Moussa Djenepo and doing some good covering back on Stuart Armstrong.

As mentioned by Jamie Carragher in the half-time analysis, he was partly at fault for the goal with regards to defensive organisation, and may also have been playing Ings onside.

He understandably struggled in this area throughout, which in turn didn’t help an already struggling Alexander-Arnold.

Looked like a midfielder who isn’t good in the air and not used to playing centre-back, which is not really his fault as that’s what he is.

Had one shot which he lifted well over the bar.

Really needed him in midfield. He isn’t a centre-back. 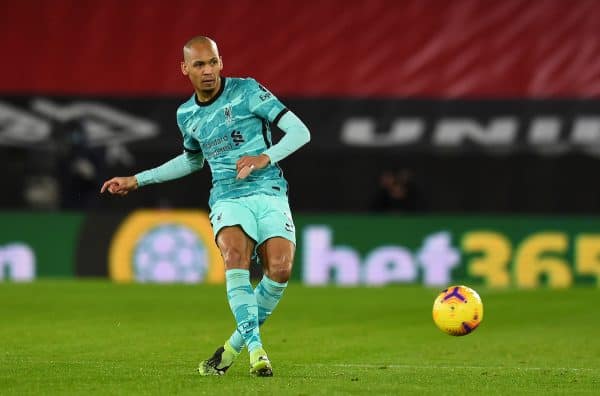 Didn’t do much wrong and again looked comfortable at centre-back, but we miss him in midfield.

Made numerous forays down the left, as might be expected, and linked up well with Mane at times, but his balls into the box felt hopeful rather than purposeful.

Was in a few situations where he might have been better using his right foot, but evidently isn’t comfortable doing so.

Booked for foul on compatriot Armstrong. 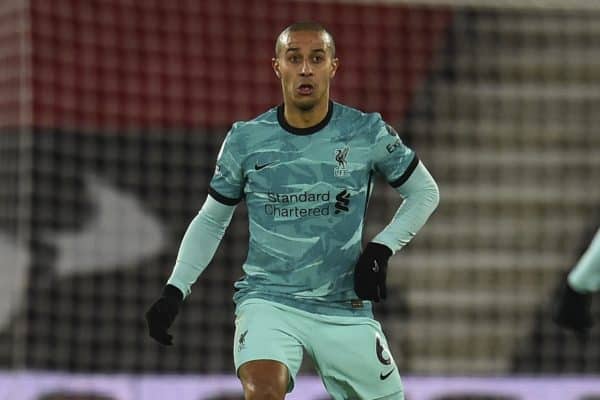 Did what you’d probably expect from such a quality player, but maybe the rest of the team didn’t do what he would have expected them to.

Always feels like he’s going to make something happen when the ball is at his feet in advanced areas, whether a shot or an incisive pass.

Played one excellent pass over the top for Firmino but the Brazilian could do nothing with it.

Needs to be up with the pace of the game to be effective and he rarely was here.

Swung in a good corner kick in the first half but did little of note to help break down the opposition defence.

Subbed for the much livelier Shaqiri.

Some good moments especially when using his body to shield the ball and one particular highlight when tracking back to stop a counter-attack was outstanding.

As he’s the type of player who knits the team together positionally, he can appear absent from games such as this when things aren’t going Liverpool’s way.

Ultimately he needs to do more in these moments.

Often running down blind alleys but wasn’t helped by some poor refereeing especially following one foul by Jack Stephens.

Headed over from a Mane cross, but his decision making was generally poor in advanced areas, and you imagine the Southampton defence may have expected to be troubled more.

Badly out of form, and seemingly since he didn’t start the match at Palace – and that interview with AS.

Showed good pace vs Walker-Peters early on and generally looked like the Liverpool attacker most likely to make something happen.

It was he who had Liverpool’s first shot on target in the 75th minute but it was fairly tame and saved easily by Forster.

Showed some neat footwork in tight areas, good pace, inventiveness and willingness to take people on, but ultimately no end product.

Had a good chance early on but sent his shot wide. Missed an easier chance just after but was saved some embarrassment by the referee who blew for a foul on Forster.

Made the occasional great touch and pass to bring others into play, but then made a complete mess of a break when put through by Thiago.

Lively and involved, even if not that effective.

Put in a good cross for Firmino from the right, and blasted a shot over from a similar position.

Is Klopp the type of manager who makes a point to the board with team selection? Probably not, but whoever he picked at centre-back for this first game with the transfer window was likely to highlight this problem area further.

Phillips and Williams are obviously not yet at the required level, despite some admirable displays.

Prior to the game, Klopp said he would take responsibility for any of Henderson’s mistakes but in fairness, he doesn’t have many options himself.

When you consider the team picked by Pep Guardiola against Chelsea — so strong with so many players out — it highlights the difference in squad depth he is now having to work with compared to some other teams.

Even Klopp, who likes to work with a tight-knit group, must surely be requesting reinforcements this January.

This game, and his team selection, finishing the game with three midfielders in the back four, served highlight this.