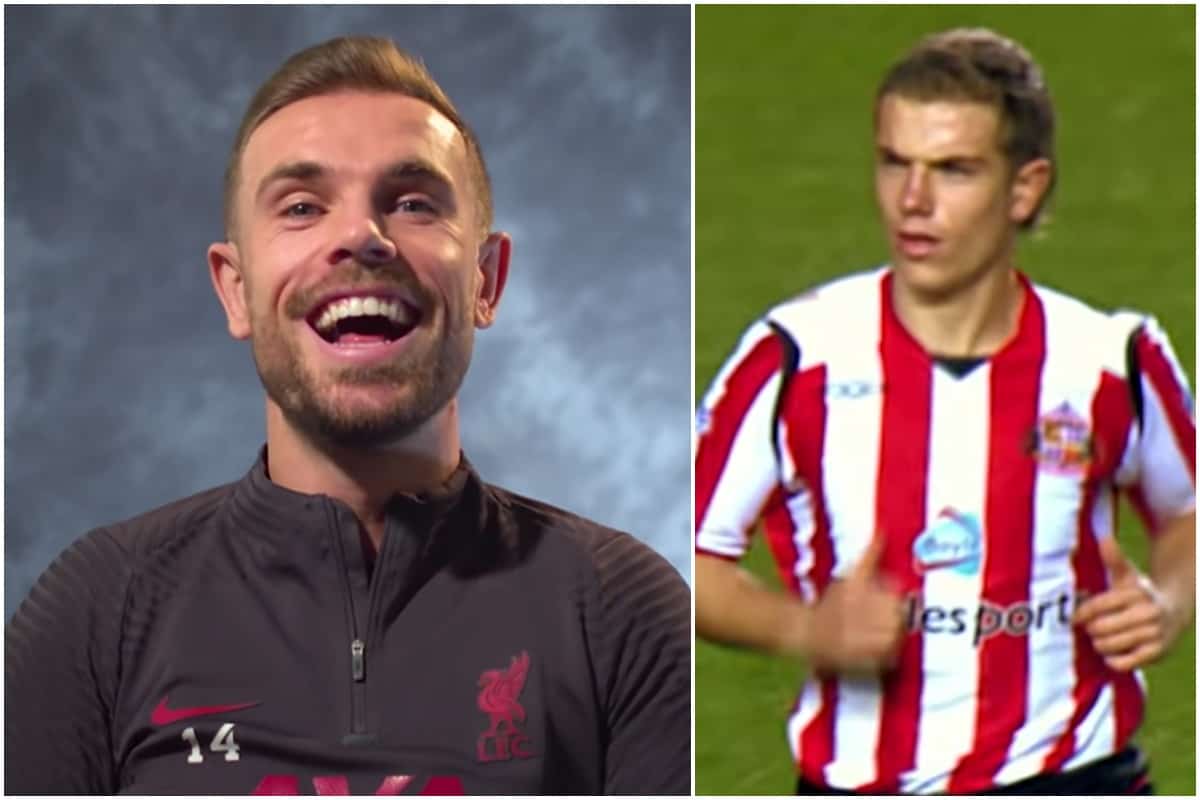 Jordan Henderson took the long route to the top, it’s fair to say, and the Liverpool captain has recounted an episode which might have seen his career stall before it even began.

It was Kenny Dalglish who signed Henderson from Sunderland, where he started his senior journey, and the No. 14 has had plenty of ups and downs since then.

From ill-fitting right-winger, to box-to-boxer, to holding midfielder and now even to emergency centre-back, his Anfield story has been a wild one – topped by a regular tip-tap dance routine to lift silverware, of course.

But all that might have been a lot harder to achieve had matters gone awry early on.

Hendo made his senior debut for Sunderland as an 18-year-old against Chelsea, coming on as substitute under the management of Roy Keane – but he and a team-mate, David Meyler, almost didn’t make the squad.

Not that they weren’t selected, but as our skipper recounted to the Premier League YouTube channel, they simply almost didn’t make the flight!

“For the away games we used to fly from Newcastle airport so you were allowed to drive to the airport,” he explained, with Meyler hosting the interview.

“David was driving me, we hit traffic, running late – that’s a no-go in football anyway but with Roy, that’s ‘the plane’s taking off, you’re not getting on, game over’.

“Meyler’s driving like [F1 racer Lewis] Hamilton, trying to get to the airport. Thankfully to you [David], we managed to get there and I managed to make my debut. Otherwise, I might not have got on!”

His old mate then decided on the natural response: that the knock-on effect of not making that plane effectively meant he should be credited for Liverpool winning the title!

Had they missed the flight, former Ireland international Meyler explained, Keane would never have played them again, Hendo would never have been a Sunderland icon, moved to the Reds, become captain and won the league with us – such are the fine margins at the top!

Of course, Henderson would not have been entirely to blame for the episode and Roy Keane may well have forgiven him a transgression, as the no-nonsense former coach certainly took a liking to him.

Also, Hendo’s non-stop desire to improve and overcome every challenge is a huge part of what has made him a success down the years, so one way or another he could have scrapped his way to the very top of the game.

We’re just delighted it happened with the Reds, where he has become a name to go down in history in his own right, the first captain in 30 years to lift the league championship trophy – and hopefully with plenty more pieces of silverware to come in future.