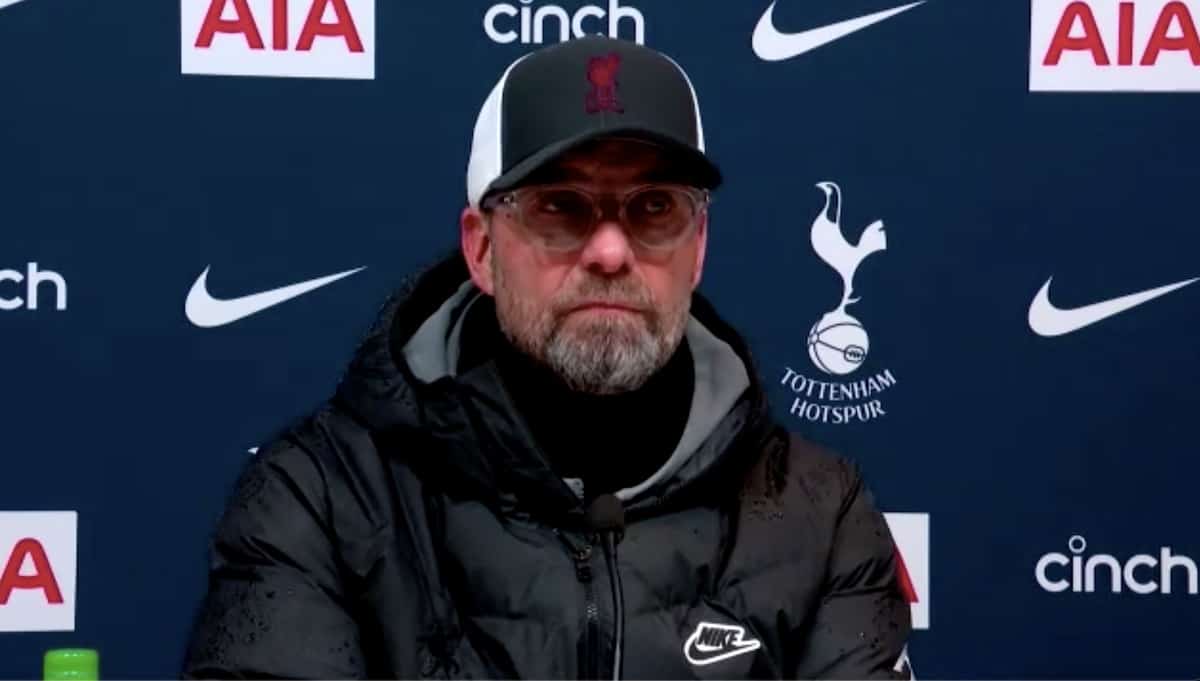 Jurgen Klopp has commended the “fight” shown by his Liverpool side in their 3-1 win over Tottenham and touched on the ‘serious’ ankle injury sustained by Joel Matip.

Liverpool snapped a five league game run without a win in emphatic fashion on Thursday after putting three beyond Tottenham for their first three points of 2021.

After a tumultuous run, it was just what the doctor ordered in regards to confidence and the bid to start building some momentum.

Roberto Firmino, Trent Alexander-Arnold and Sadio Mane were the goalscorers on a night where all Reds shone, however, it was marred by a “serious” looking ankle injury for Joel Matip.

It was the second blow at centre-back on the night, following news of Fabinho‘s “minor muscle issue” and he was, of course, asked about potential moves in the market.

“You can imagine we think about everything. It’s about doing the right thing, I’m not picky – but we have to find the right player,” Klopp told reporters.

“We have players still, not a lot to be honest in the defensive line – it’s incredible what’s happening.”

On the performance, the boss lauded the “fight” and bravery on show from his side as they finally cleared the hurdle and notched a much-needed win.

“We made a proper, proper fight of it all night and I’m really happy about that – and we played football. Good game [and] deserved win,” he continued.

“The boys put a proper shift in. It was a brave performance in a game against a counter-attacking monster, it makes it even more special. Tonight was really good.”

Now, the Reds will have less than three days before they return to the capital to meet an in-form West Ham on Sunday afternoon.