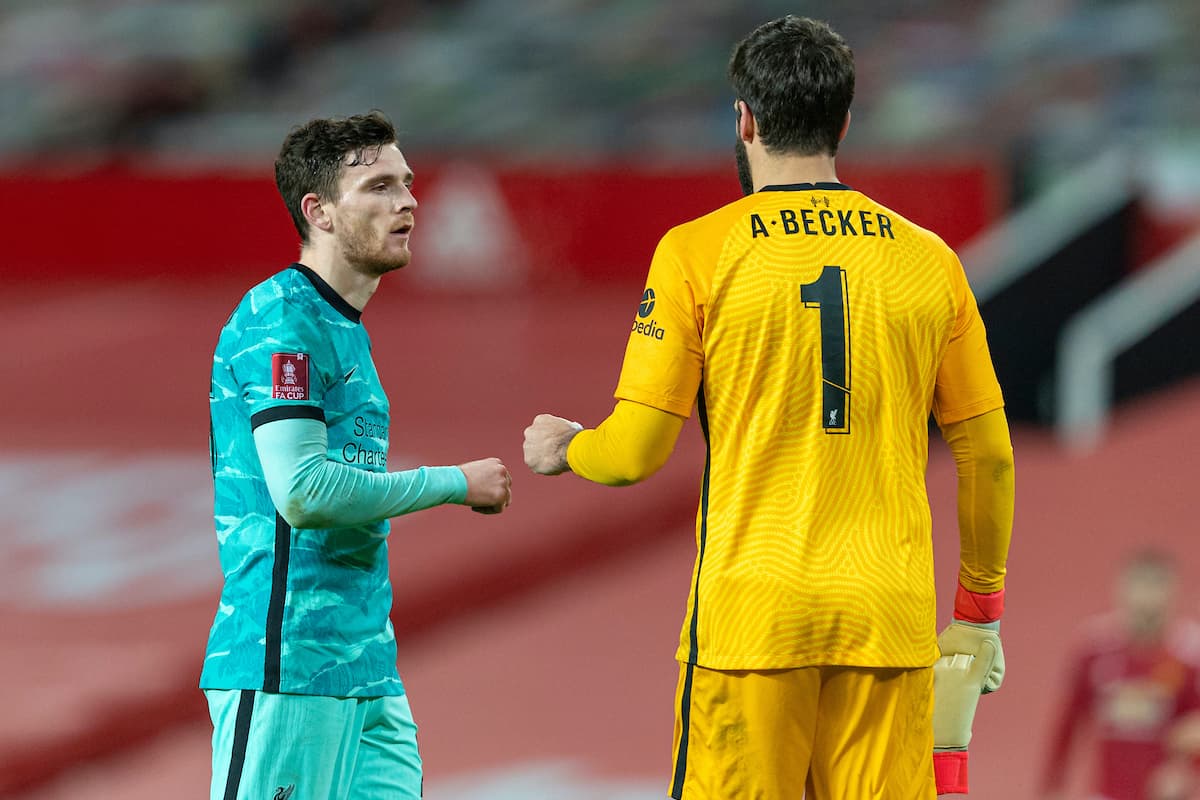 Andy Robertson has laughed off rumours that he was involved in a fight with Alisson but questioned why he was the one to end up with a “burst lip” in the made-up story.

With the Reds no longer firing on all cylinders, opportunists have looked to spread a number of rumours about both the squad and the manager across social media.

Some can be more believable than others but Robertson is the latest to laugh off a nonsensical story, following on from Jurgen Klopp‘s firm response that he was to prematurely leave the club.

The rumour goes that Alisson and Robertson were involved in a scuffle at Leicester that left the Scot with a busted lip, Jordan Henderson had already debunked the story and now the left-back has had his say.

And it’s fair to say he was not impressed by his designated role in the ‘fight’ as he found the humour in the nonsense.

“I don’t look like the boxing type, do I?” Robertson said in an interview with Sky Sports’ Soccer AM. “The least [likely] two people to fight in the changing room are Ali and myself, to be honest.

“When you get a couple of bad results I think people are sitting at home a bit bored and obviously somebody made up a rumour that the gaffer didn’t come home, whereas me and Ali were fighting.

“I love how I was the one who ended up with the burst lip! I would rather it was the other way about but beggars can’t be choosers!

“The stuff that was getting written was a lot of nonsense. For the players and everyone in the training ground, we just need to block all that out.”

The Scot’s humorous take on it is what is needed during times like these and it goes to show that online rumours are just that and one cannot take them as gospel.