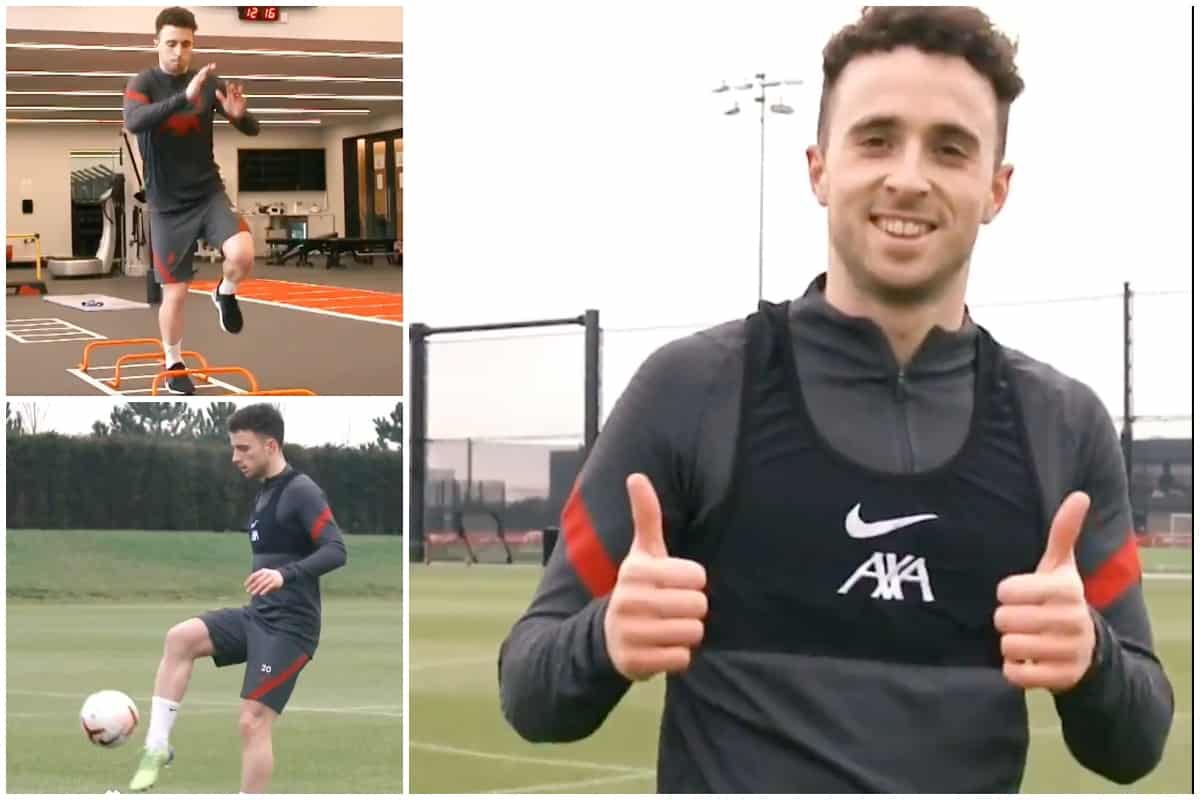 Diogo Jota continues to make positive steps forward in his recovery from a knee injury, with the latest update showcasing his sessions on the outdoor training pitches at Kirkby.

The 24-year-old has been sidelined since the trip to Midtjylland in the Champions League dead rubber back in December having picked up a knee injury.

It is one which has seen him miss the last 12 games, a run which included a barren spell of more than four league games without a goal which ensured his absence was duly missed.

He had always been tipped for a return in mid-February and it appears as though his road to recovery is heading into the final corner as he picked up the pace in his rehab at Kirkby.

The club issued an update on Wednesday stating that Jota “is making good progress” as he coupled gym work with running drills on the outside pitches.

Improving! Nice to be back out there ??? pic.twitter.com/pWYh1NMQuW

And the No. 20 shared the joy of his positive progress on his social media platforms, writing: “Improving! Nice to be back out there.”

With a crucial run of fixtures ahead, having the Portuguese international at Jurgen Klopp‘s disposal will be a welcome sight – but that may only come at Leicester (Feb 13) or beyond dependent on his recovery timeline.

The timing of his injury was one which stopped his bright start at Liverpool in its tracks having scored nine goals in 17 appearances after looking swiftly at home in Klopp’s side.

And with Takumi Minamino having departed on loan and with only four other forwards on the books, Jota’s presence cannot be underestimated as we move into the business end of the domestic and European campaigns.