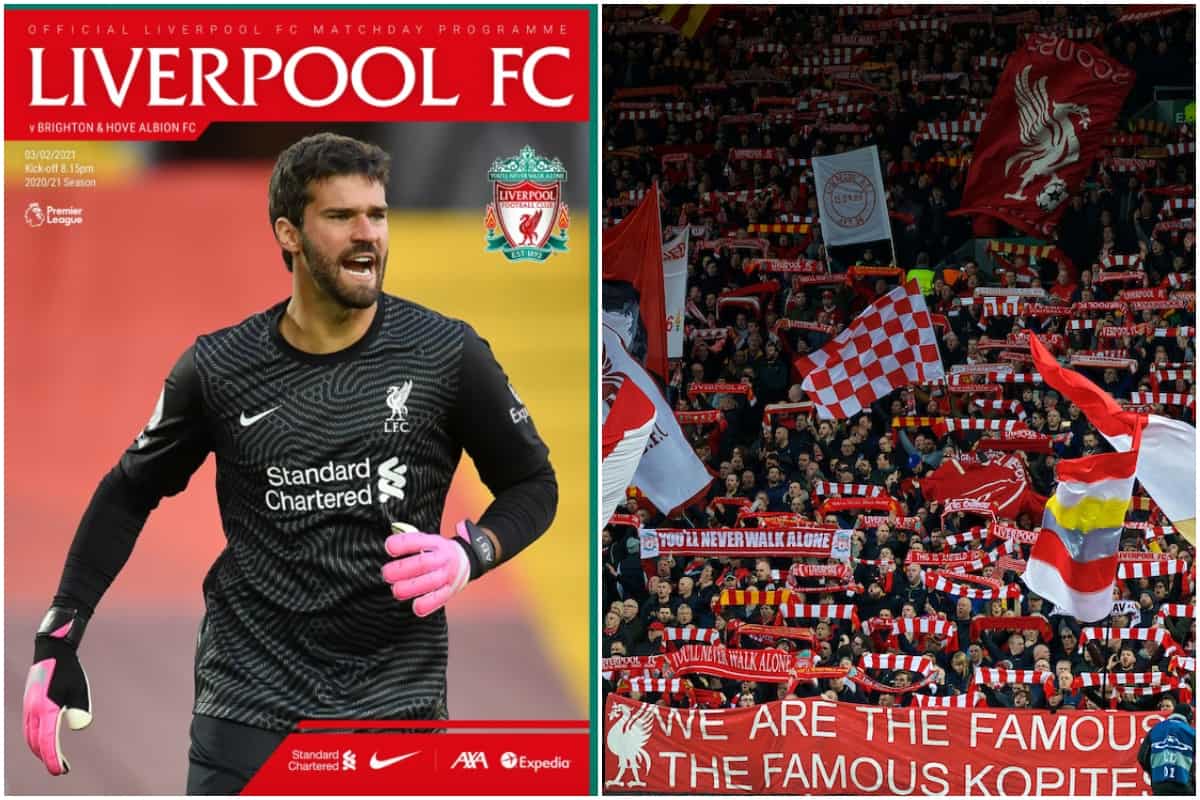 Anfield will not be able to host fans tonight but that does not mean you should miss out on the sounds that legendary Anfield stadium announcer George Sephton would be playing out pre-match.

The Voice of Anfield, George has been playing the tunes that get the crowd warmed up at Anfield for 50 years now.

And we’ve teamed up with KopConnect Radio to give you a small taste of being at the home of Liverpool as they prepare for a match, while in the comfort of your own home.

Another three important points are on the line as the Reds welcome Brighton, and George and host Marc Kenny are on hand to discuss all things Liverpool but most important of all the tunes which would be playing out at Anfield take centre-stage.

It’s retro night with a touch of nostalgia in this pre-match mix, from Motörhead, Lady Gaga and Gary Numan but also with a local flair from rising artists in Liverpool. You can listen to the show below now:

So be sure to sit back and enjoy the wide range of music on offer from George as we start the countdown until kickoff tonight!