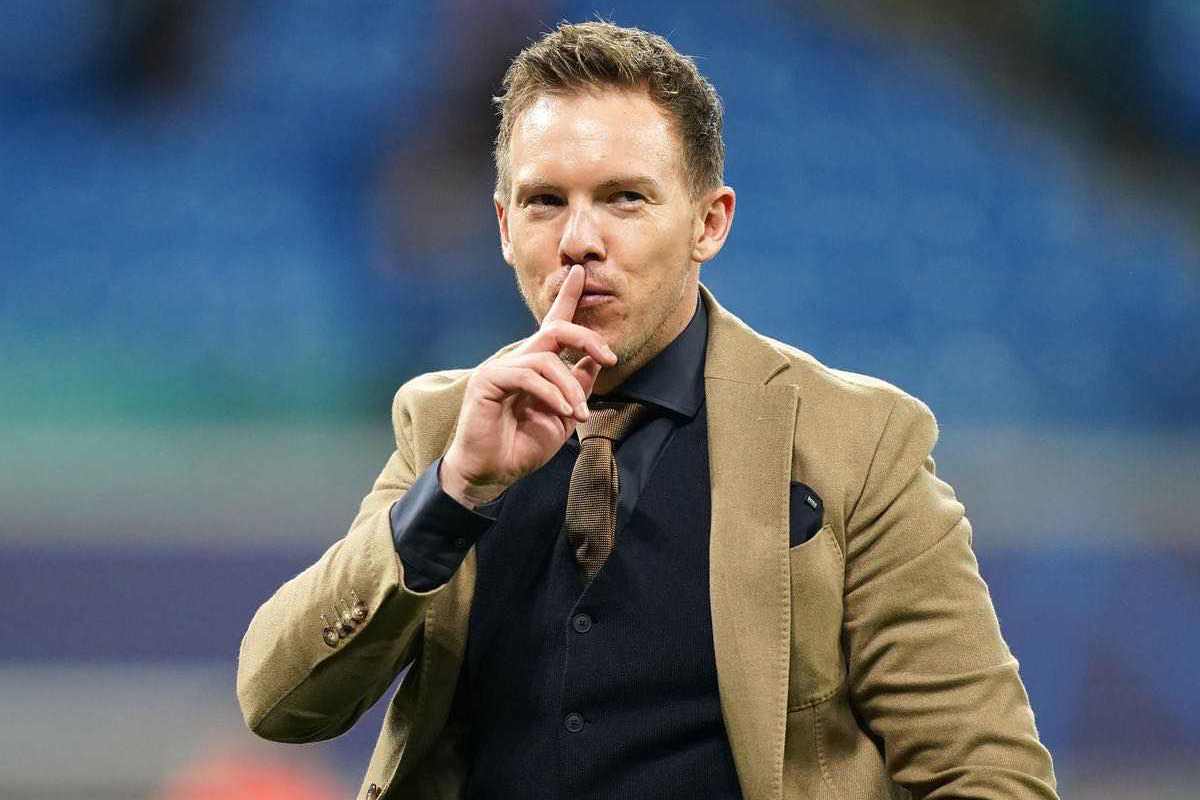 Julian Nagelsmann is adamant his RB Leipzig side will not be treating Liverpool as a “beaten-up boxer” following their recent losing streak ahead of the teams’ Champions League showdown.

Liverpool enter the last-16 first-leg clash, which has been moved to Budapest because of restrictions on travelling to Germany, with confidence low after being beaten in each of their last three Premier League matches.

Sitting in fourth, 13 points behind Manchester City, who have played one game fewer, Liverpool boss Jurgen Klopp has conceded defeat in their bid to retain their top-flight crown, but Nagelsmann is wary of underestimating the Reds.

“My plans for the match haven’t changed because of where the game is taking place,” he told a press conference.

“For me it makes absolutely no difference whether we are in our own stadium or elsewhere.

“We don’t want to give Liverpool any opportunity to play their game. We know about their quality.

“Even if their results in the Premier League haven’t lived up to expectations recently, you still always hear them named among the best teams in the league. We know that.

“I can’t tell my team that they are facing a beaten-up boxer, because that’s not what Liverpool are. They are strong in every area and always put their basic principles into practice well.” 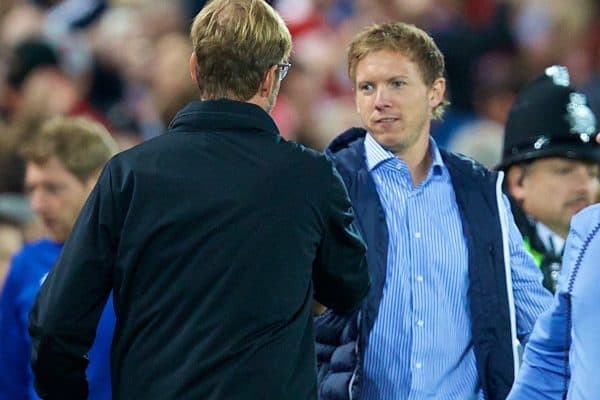 Nagelsmann, whose side have, by contrast, won their last three in the Bundesliga to move up to second behind leaders Bayern Munich, was described as an “extraordinary talent” by Klopp at his press conference.

Nagelsmann was similarly effusive in his praise of his fellow German, adding: “I obviously follow his career a bit. He’s taken over his clubs at difficult times and stabilised them little by little, making them successful.

“You always see and hear that he brings great spirit to the team; people who work with him still love to recall their time with him even years later. That will be the case for those at Liverpool too.

“He can motivate people and put people under his spell. I always try to keep developing as a coach and a part of that is thinking outside the box.”