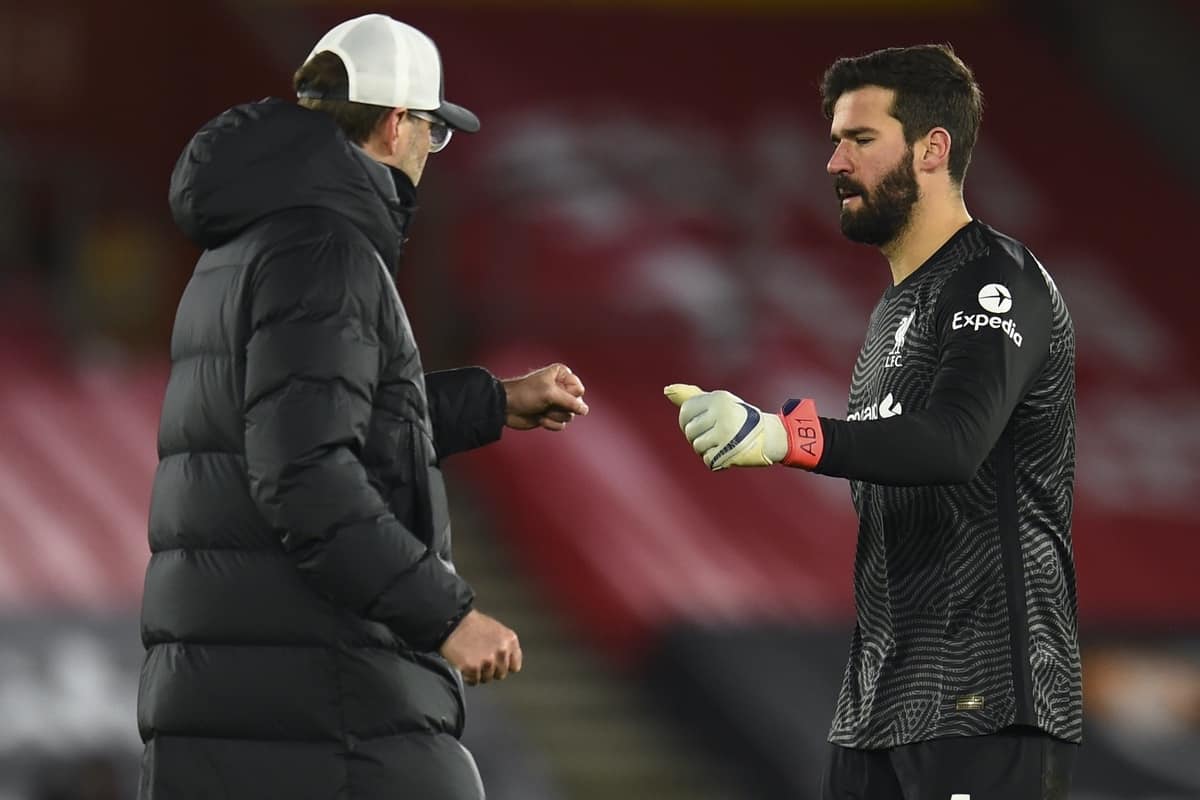 Jurgen Klopp admitted Liverpool “cannot hide” from the fact Alisson‘s mistakes cost them in their 4-1 loss to Man City, but backed his life-saving No. 1 moving forward.

The Reds were holding their own against the Premier League league leaders with the score 1-1 at Anfield, only for Alisson to slip up twice in possession to gift City a 3-1 lead.

First, two sloppy clearances allowed Ilkay Gundogan to fire the visitors ahead, before a poor pass out saw Bernardo Silva through to dink the ball over for a Raheem Sterling header.

Phil Foden made it 4-1 to City late on, with Alisson again struggling to keep out the youngster’s powerful drive despite it coming straight at him, as Liverpool slumped to another frustrating loss.

With the title defence effectively over, the Brazilian was the subject of criticism after the game, and though Klopp acknowledged his goalkeeper’s mistakes, he rightly emphasised how important he has been for the Reds.

“I spoke to him a few seconds ago actually, he’s obviously very disappointed,” he told reporters.

“He said ‘not today, not today’, and I said ‘that’s the problem with mistakes, you cannot decide when you make them’. The only thing we can do is learn off it.

“That’s what he will do, and it will never happen to him again I’m pretty sure. That’s it. But tonight it was decisive, I would say!

“That’s OK, he’s saved our lives I don’t know how often. He’s an absolutely world-class goalie, and tonight some things went a little bit wrong. We have to take that and we do that.” 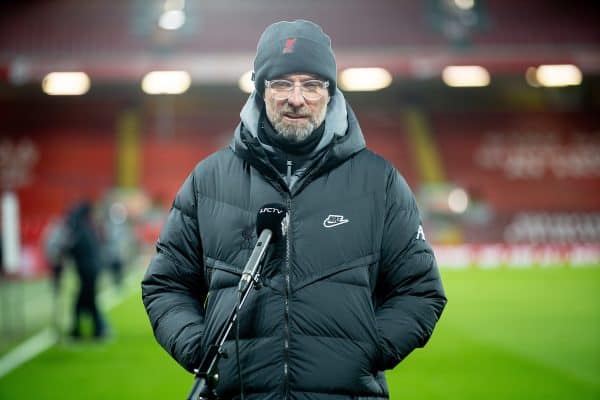 Liverpool have dropped to 10 points behind City, who still have a game in hand, and though mathematically still possible, there is very little chance of winning the title again this season.

In fact, the Reds face a fight for a top-four finish, and having taken just nine points from the last nine games in the league, an inquest is required.

However, Klopp believes his side showed battling form against City, and insisted Liverpool “will win football games” if they play as they did for much of the evening.

“All the games are different. Tonight we played against City, who cause massive problems offensively but give you some space if you are smart in midfield,” he told Sky Sports.

“Leicester, different game, a lot about counter-attacking, these kinds of things.

“We will see, but I saw a lot of good things. If we play like we did for a long time tonight, we will win football games.”