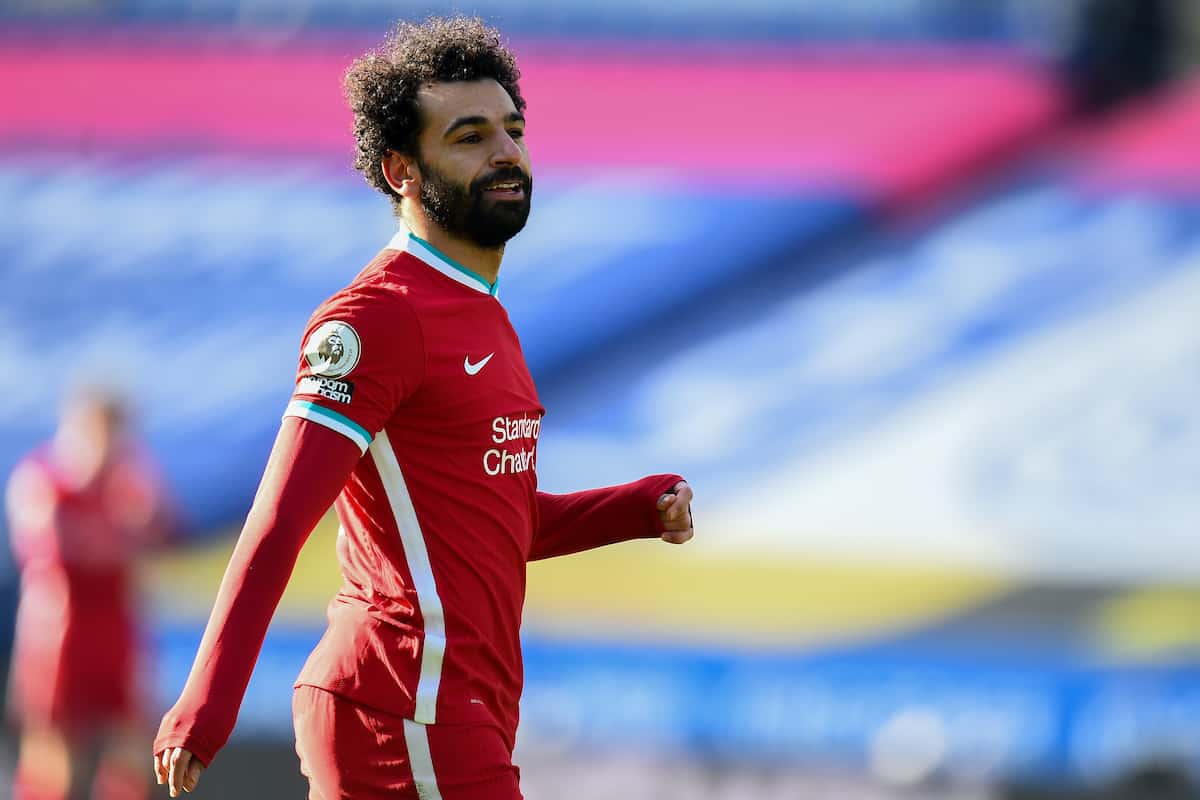 Alisson had another nightmare moment in Liverpool’s 3-1 defeat to Leicester, but the Brazilian wasn’t the only man to blame at the King Power.

The Premier League champions had another dreadful day at the office, just as it looked as though they may pick up a much-needed win.

Mohamed Salah‘s brilliant effort seemingly set the Reds on their way to victory, before the visitors completely fell to pieces.

James Maddison scored from a free-kick out wide – VAR somehow claimed Daniel Amartey was onside in the middle – before Jamie Vardy profited from appalling miscommunication between Alisson and debutant Ozan Kabak.

Harvey Barnes put the icing on the cake for Leicester late in the day, as Liverpool endured another 90 minutes to forget. 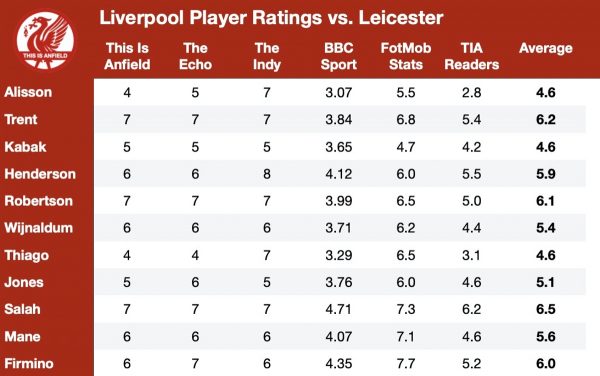 Salah (6.5) was deemed Liverpool’s best player on the day, as he notched his 23rd goal of a strong individual season.

The Egyptian may not have always been at his best against Leicester, but his ruthless effort summed up his world-class brilliance in the final third.

In second place was Trent Alexander-Arnold (6.2), who looked more energetic than in recent weeks, doing well in his all-round game.

The Echo‘s Ian Doyle lauded a “couple of fantastic through balls” which “deserved greater reward,” while Andrew Gamble of the Independent thought he “dealt with the threat of Barnes well.”

Completing the top three was Andy Robertson (6.1), with the Scot also one of the few blameless Liverpool players at the King Power.

His “sharp interceptions” kept Liverpool dominate much of the game, according to Lusby, and Doyle described him as a “regular outlet down the left.”

Liverpool are back in Champions League action on Tuesday night, as they head to Budapest for their last-16 first-leg clash with RB Leipzig.