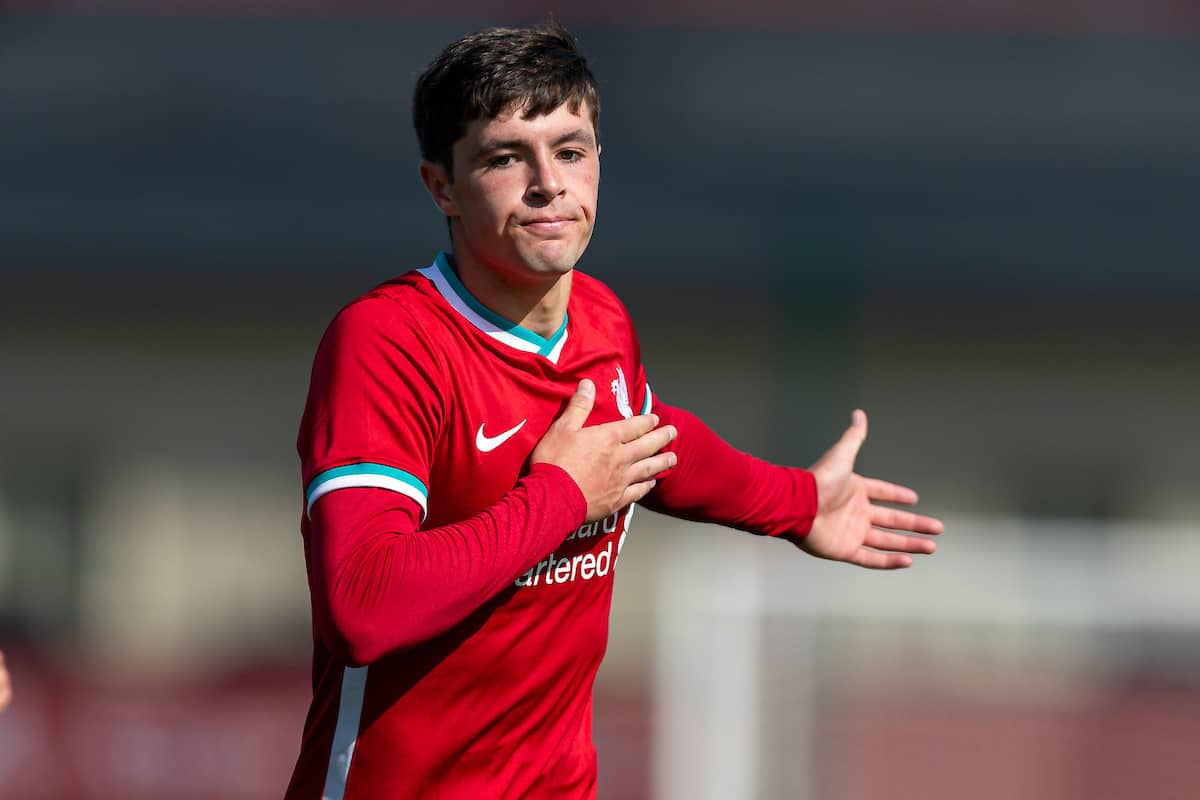 Without fixtures this weekend, the Liverpool under-23s and under-18s both picked up victories in friendly clashes, with Layton Stewart scoring two more at academy level.

Marc Bridge-Wilkinson’s U18s are not in competitive action again until Tuesday, with a trip to Stoke, while Barry Lewtas‘ U23s don’t play until Friday night at home to Brighton.

This allowed Liverpool to arrange a pair of friendlies, giving returning loanees the opportunity for minutes and a number of under-16s players the chance to step up for the U18s.

The U18s took on Bolton on Saturday morning, and came away with a 5-3 victory as Stewart struck twice, continuing his prolific run up front this season.

Stewart’s double came after two in a 4-2 loss to Man City last time out in the league, with a tap-in and another from the spot coming in a game that also saw goals for Iwan Roberts, Oakley Cannonier and the uncannily named Pharell Williams.

Bolton’s Jay Fitzmartin hit a hat-trick in a high-scoring game at Kirkby, with Bridge-Wilkinson offering valuable experience to the next generation. 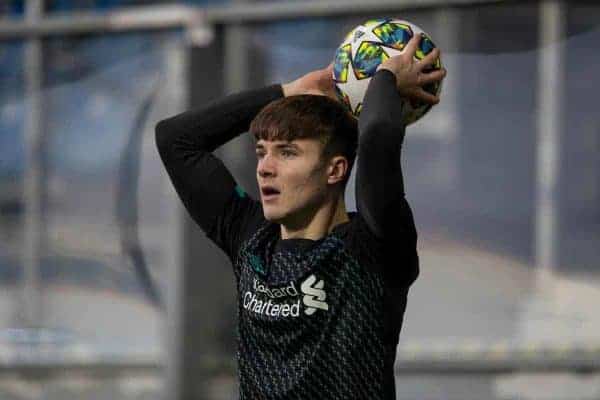 Kirkby also played host to the U23s’ friendly on Friday afternoon, with Morgan Boyes making his return to action following a difficult loan spell with Fleetwood Town, which came to a premature end last month.

Boyes has been an unused substitute in the last two games in Premier League 2, but was given a chance along with the likes of Jack Walls and Ben Woodburn.

Billy Koumetio also featured in a 1-0 victory over Burnley that saw Woodburn tee up Jack Bearne for the only goal of the game, which Lewtas described as “a great test for the boys.”

“It was just what we needed and we gave some much-needed minutes to the likes of Morgan Boyes, Billy Koumetio, Jack Walls and Ben,” he told the club’s official website.

“It was great to get back to winning ways and I’m pleased for the boys.”

While it is unclear who else featured, these friendlies will have allowed Bridge-Wilkinson and, in particular, Lewtas the chance to formulate their squads for the second half of the season.

Boyes and Woodburn will stay with Liverpool for the coming months, and can bring experience to an U23s side that lost Vitezslav Jaros and Sepp van den Berg this week – the pairing loaned to St Patrick’s Athletic and Preston respectively.