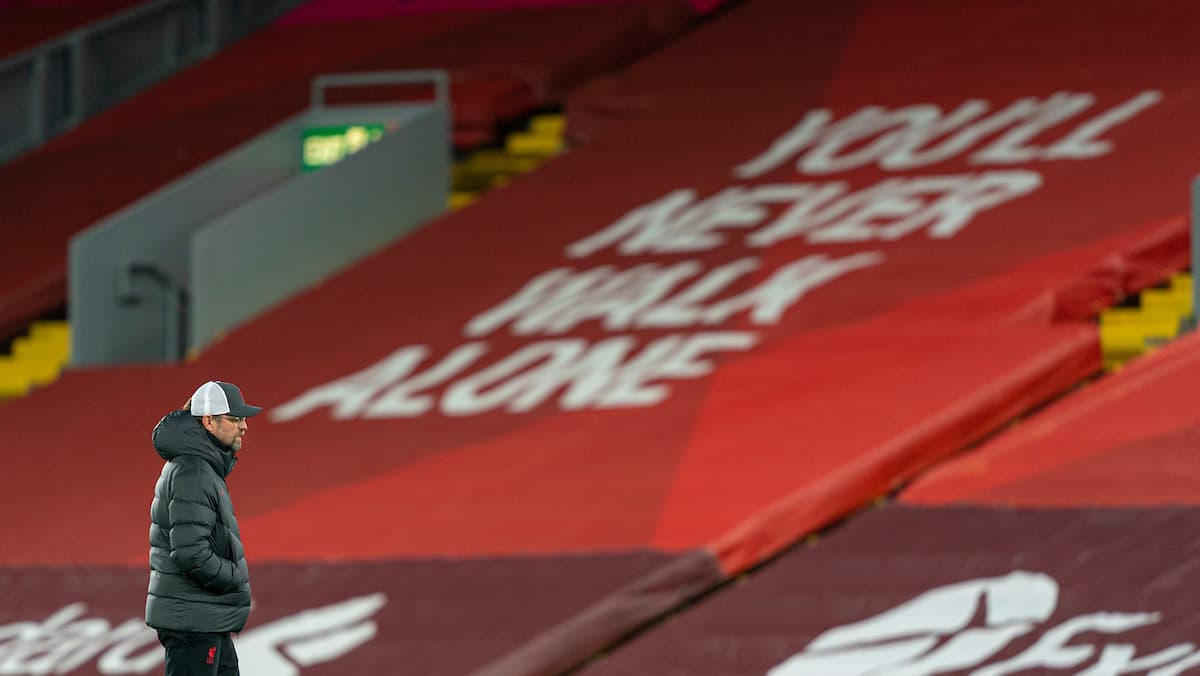 The football world came together in support of Liverpool manager Jurgen Klopp after news emerged on Wednesday that his mother had passed away in January.

The boss is a universally respected figure in the game, for his outgoing personality and emphasis on his players’ well-being as much for his expertise in the job.

Klopp has often been seen in press conferences or interviews displaying compassion towards others, whether they have anything to do with Liverpool or not, and that has been repaid to him from many corners.

Our boss paid tribute to his late mother and the club Twitter account issued a simple statement of support, representative as being from the supporters and the club as a whole.

On the pitch, Liverpool have plenty of rivals, but off it, those same opponents largely came together to send messages of support and well-wishing to Klopp.

?? Heartfelt condolences to Jürgen and his family, from everyone at United. https://t.co/1L7o2uHCHy

Everyone at City sends our thoughts and condolences to Jürgen and family ? https://t.co/i8yIIXGNVc

Sending strength and support to Jurgen and all of the Klopp family at this difficult time, from all at Arsenal ??

Our thoughts and condolences are with you, Jürgen ?

We would like to send our love to Jürgen Klopp and his family during these difficult times.

Our thoughts are with you, Jürgen ??

You’re in our thoughts, Jürgen. ?

Condolences. My thoughts are with you ??

These were by no means all of the messages of condolences sent and it’s indicative of the standing that Klopp has in the game that so many opponents, former clubs and even simple admirers stood beside him.

There were also countless thousands of messages of support from everyday fans of other clubs, many of whom shared their own stories of loss in recent times.

The world of football isn’t always a place of togetherness – in some ways that’s what makes it so exciting to be a part of, with competitive rivalry – but when it really counts, it has also shown an ability to show a respectful and sensitive side.

Our thoughts remain with Jurgen and all the supporters who have similarly suffered, be they fans of Liverpool or other clubs.