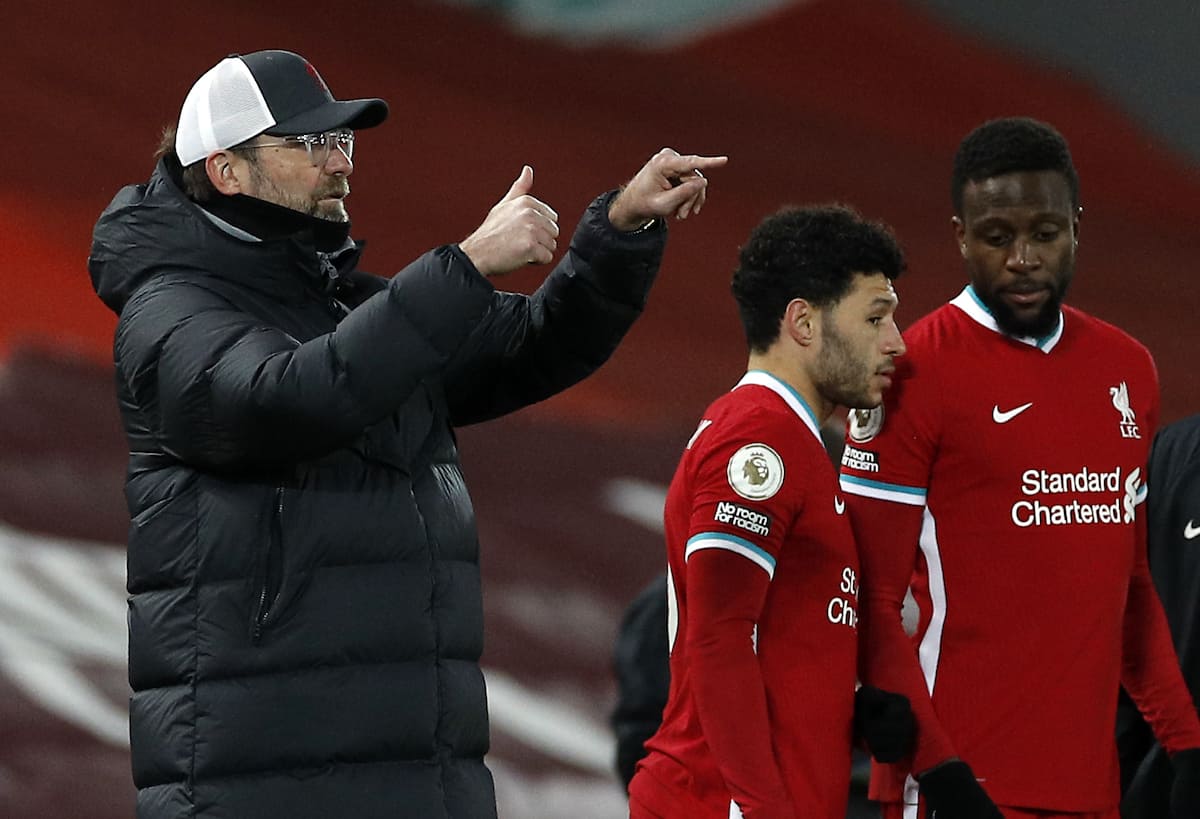 The idea that Liverpool should be sustaining consistency at the moment given their injuries is, quite frankly, mad, explains journalist David Lynch.

As BT Sport conducted another post-match post-mortem of a famous win for Brighton at Anfield on Wednesday, talk inevitably turned to the hosts and a question that has defined their season so far: Just what is wrong with Liverpool?

Unfortunately, it doesn’t make for good television to go over the same themes discussed in the aftermath of the Premier League champions’ other poor results this term, of which there have now been a few.

And so the pundits took to – after a deep sigh of consideration, of course – offering up a lack of desire and questionable tactical choices as possible causes.

It was perhaps inevitable given the stark contrast between results and performances this year and last that deep reasons for Liverpool’s malaise would be sought.

Yet, “I know they’ve got injuries but…” doesn’t exactly feel like a fair starting point for analysis of their decline.

These ideas have unsurprisingly seeped into the wider consciousness; rival supporters are all too happy to embrace the idea that Jurgen Klopp has been ‘worked out’, or that this slump is a personal failing of manager and players.

But it is a little concerning to see fans of the club take the view that fitness issues at centre-back are now so longstanding they cannot be used as an ‘excuse’.

Perhaps that is because nobody wishes to admit that the Reds’ title hopes effectively went up in smoke the moment Joe Gomez joined Virgil van Dijk in sustaining a serious knee injury. 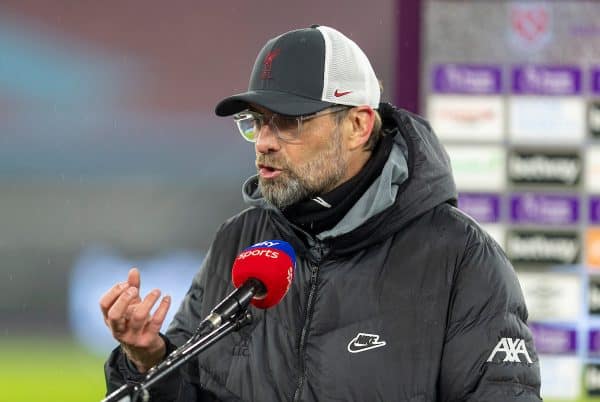 Yet that is the reality facing Klopp, one that has led to him naming 16 different centre-back partnerships so far this term.

Eight different players have accounted for that figure, three of whom would not have been expected to pick up even a single first-team minute when the campaign began.

Only a last-minute change of heart from Swansea City prevented Nathaniel Phillips leaving Anfield over the summer, while Rhys Williams was in line to do little more than continue his development in the under-23s.

And Billy Koumetio would likely not have been needed even in the League Cup with a touch more good fortune on the injury front.

This chopping and changing in the centre of defence has led to a reluctance to do the same on the flanks, forcing Trent Alexander-Arnold and Andy Robertson to play more frequently than would have been hoped in the presence of genuine alternatives in Kostas Tsimikas and Neco Williams.

The consequences of that have been seen in inconsistency from two players for whom brilliance had become the norm in the last two years.

Of course, were defence the only issue, then Klopp might have been able to mitigate somewhat – but it isn’t.

As the always insightful Andrew Beasley pointed out on Twitter on Wednesday, Liverpool have had six or more players out in two-thirds of their matches so far this season, a fact that underlines that their problems aren’t confined to the back four.

For the sixth time this season, Liverpool have at least eight players unavailable for a match tonight.
They've had six-or-more missing in almost two thirds (65.6%) of their matches. pic.twitter.com/xPCKZimnal

Watching their team struggle to put Brighton under any real pressure on Wednesday, fans had every reason to wonder what effect Diogo Jota might have had on proceedings, or whether the starting midfield three was perhaps suffering from recent overuse.

Finding a way to unlock these deep defences is arguably Klopp’s biggest achievement at Anfield; it is the reason these players ended a 30-year title wait when other strong Liverpool sides had failed.

But the difference between the German’s early Reds teams, who also struggled against a low block, and those that have blown them away in recent years is the collection of world-class players who joined the club in the summers in between.

And, with so many of them struck down by injury currently, it is fair to ask why the same results are still expected?

We are seemingly so used to Liverpool having a lengthy list of absentees that the addition of Sadio Mane and Alisson Becker ahead of Wednesday’s meeting with Brighton barely raised an eyebrow.

Yes, the champions still had the better XI on the pitch, but if that was always enough to guarantee three points then football would not be worth watching.

World-class quality and rhythm are crucial, particularly for a side that is asked to make the play in games against deep-defending opposition.

That Liverpool managed this regularly enough to climb top of the Premier League on Christmas day despite their issues is testament to the quality of this manager and squad.

It is hardly outlandish to suggest that Manchester City would not be doing quite as well this season without Ruben Dias, Aymeric Laporte, John Stones and Ferran Torres available for long periods.

Or that they might then go on to lose at home to Brighton once the absences of Ederson and Bernardo Silva were also thrown in.

And would Manchester United be in a title race without the help of Harry Maguire, Eric Bailly, Victor Lindelof and Edinson Cavani?

Could they, too, then cope without David De Gea and Marcus Rashford?

Of course, even acknowledging poor luck and the physical ramifications of a hectic season for players, there is perhaps a conversation to be had this summer about the reliability of their back-ups.

Xherdan Shaqiri, Naby Keita, Alex Oxlade-Chamberlain and Joel Matip could have grabbed starring roles this term were it not for their fallibility on the fitness front.

And, while Divock Origi has largely avoided injury, the evidence of recent performances suggests that his occasionally brilliant, slightly strange Liverpool career is coming to a natural conclusion.

Still, for all the negativity surrounding the champions of late, it is not difficult to imagine immediate improvement in the weeks to come.

It is hoped that both Fabinho and Mane will be back in time to face Manchester City on Sunday, while January signings Ozan Kabak and Ben Davies should make their presence felt after that.

So, spare us the talk of long-term decline, players who don’t care, or a manager whose reign has run its course – sometimes the answer is staring in you in the face.