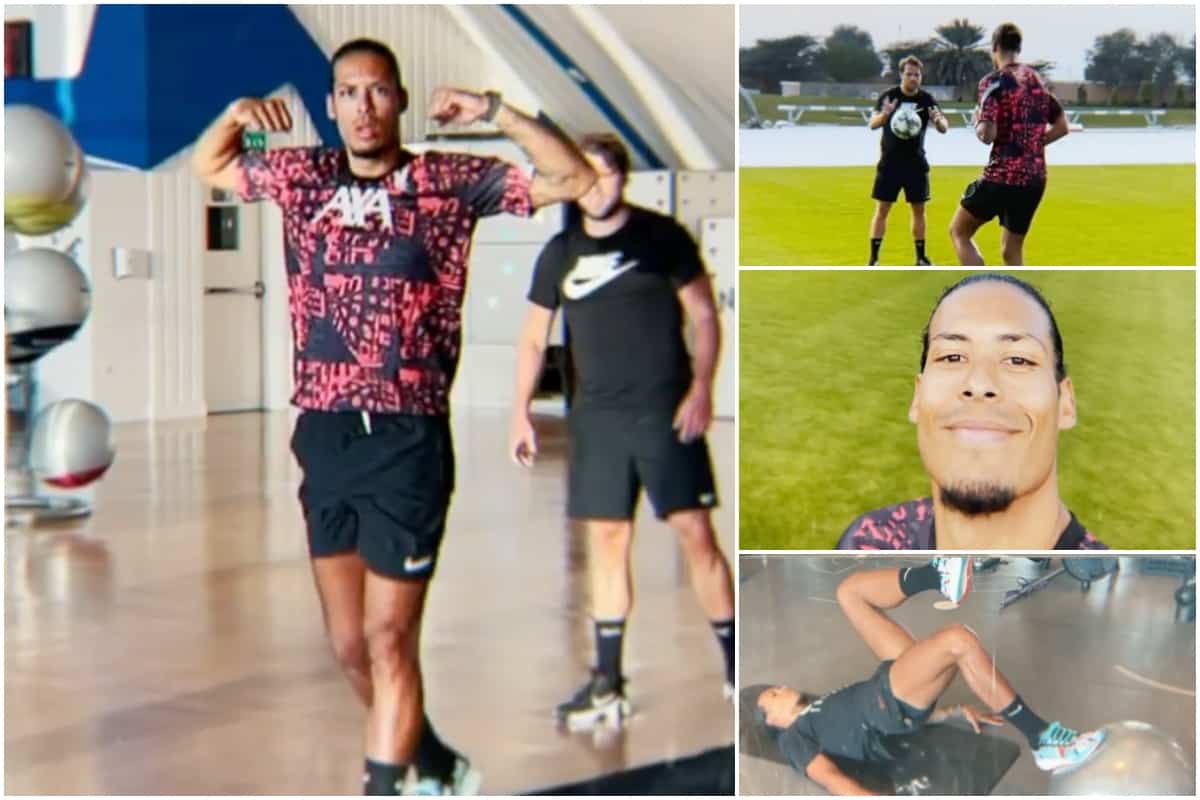 Virgil van Dijk has provided another glimpse into his rehab work in Dubai, nearly four months on from the point that he suffered the long-term knee injury.

The Dutchman has been a mainstay in Dubai since December as he continues his rehabilitation away from Liverpool, using the state of the art facilities at the NAS Sports Complex.

He is currently three-and-a-half months into his recovery from the long-term setback sustained in October during the Merseyside derby and appears to be progressing nicely following surgery on his ACL.

Van Dijk has posted regular updates on his sessions across his social media platforms and has been pictured with ex-Red Dejan Lovren, former AC Milan midfielder Seedorf and UFC fighter Khabib.

And in his latest update, Van Dijk shared his time working in the gym doing a range of exercises and some ball work with a little jogging to match as the force absorption phase of recovery continues:

It’s a welcome sight to see the 29-year-old looking pleased with his progress to date, as confidence after such an extensive injury can be key on the road to recovery.

Van Dijk’s update came a day after Jurgen Klopp conceded it was “not likely” that he would be seen in a competitive fixture again this season barring a “miracle.”

“No doctor has told me there’s a chance for Virgil to play this season again. I don’t want to say it’s absolutely impossible, but it’s not likely,” Klopp said earlier in the week.

“If we have space [in squad lists] we would put them all on, even if all the medical people told us no chance because we believe in miracles from time to time.”

He was retained on the club’s squad list for the Champions League knockout stages, but as the boss noted it is unlikely that he will be ready, nor rushed, to make a return later in the campaign.