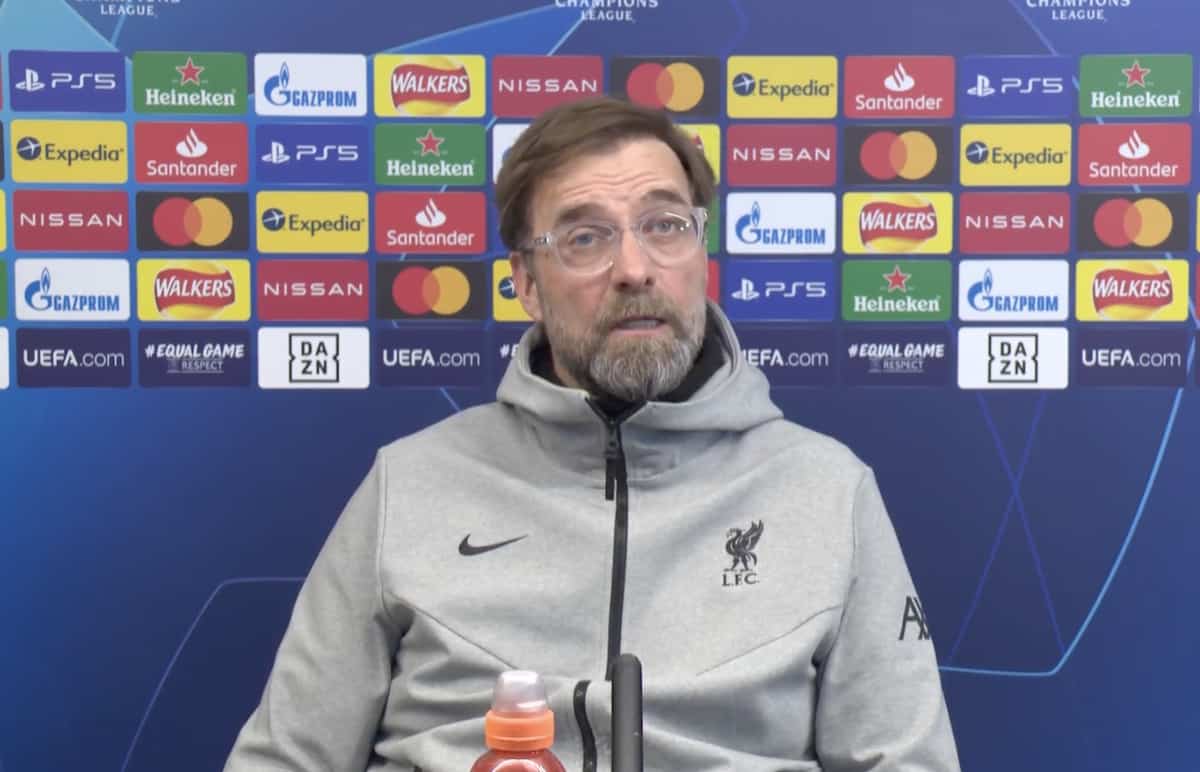 Jurgen Klopp addressed the national media ahead of Liverpool’s Champions League last-16 first leg clash with Leipzig and was in optimistic mood that the Reds are on the right path to get back to winning ways.

It has been an unquestionably dismal recent run for the Reds, all things considered – with just seven wins in the last 20 games across all competitions.

Some of those matches of late have had good performances within, but positive results haven’t been obtained all the same.

Klopp says the mood remains positive around the team and they are focused on the aspects of matches recently which have been good.

“We had video and analysis meeting, both really positive. We are close to flying to Budapest and ready to go,” he said to reporters.

“It’s like you would imagine. Nobody’s ignoring the facts results-wise, but my job is to do what’s important. We have to keep the good things going. Against Leicester and Man City, they were not two games where you’d imagine we conceded seven.

“The things go against us because we made individual mistakes. But that’s how it is, it happens, [so now] how can we avoid that? Communication, do it better, all that. But the performance in other periods of game, we have to keep it going, play good football to win games and that’s what we work on.

The mood is absolutely OK and we are ready for a proper fight.”

While not, as Klopp says, “ignoring the results”, it is still important to acknowledge that the mitigating circumstances of why a dip in form came about cannot be overlooked.

“I don’t care what people say about it. If you’re with us you see the situation, you can see easily there’s a mix of different things that happened. It’s not the time to explain it, you can see it.

“Injuries had a big part, we cannot ignore that it changed everything. If the foundation is not right it will be shaky.

“We try, we work really hard, but after the game people talk about results and they were not good enough.”

The boss will hope the team can bring about a more complete performance this time in Hungary, to set a platform for success in the second leg.