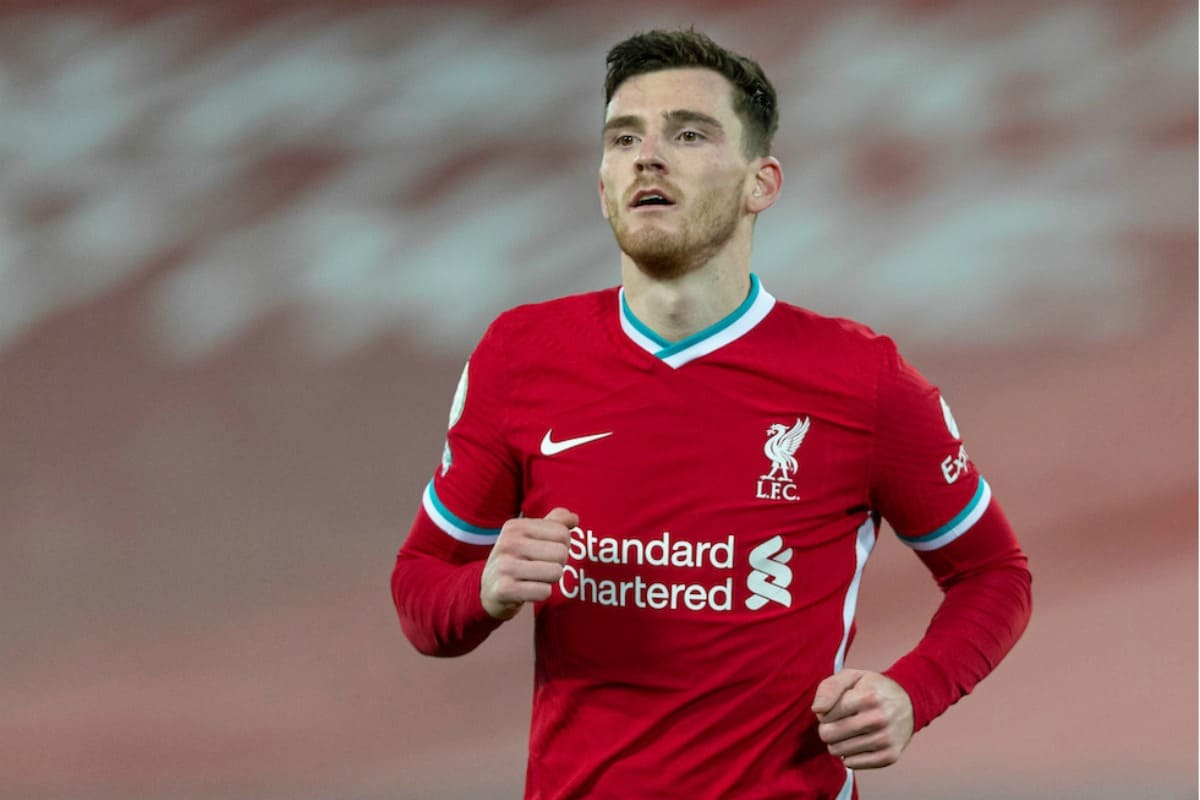 While from an outside view the priority has shifted from finishing in the top four to winning the Champions League, Andy Robertson insists Liverpool “need to go for both.”

The Reds head into the March international break sitting seventh in the Premier League, five points behind fourth-placed Chelsea, while a Champions League quarter-final against Real Madrid awaits.

Behind on points and with Man United, Leicester, Chelsea, West Ham, Tottenham and Everton all vying for three spots behind leaders Man City, the most straightforward way of Liverpool reaching next season’s Champions League seems to be winning it this time around.

This is particularly the case given the injury issues plaguing Jurgen Klopp‘s squad, but Robertson believes the focus cannot shift from either the league or Europe.

“Unfortunately we have not had as good a season as we probably thought, but there’s still time to fix it,” he told Sky Sports.

“Not to the extent we would like to fix it – but there’s still time to make it a bit better.

“We’re used to juggling two competitions. We have got to go on all fronts. We need to go for both.

“We need to get up the league as high as possible, we need to put a run together.

“We have struggled for consistency this season. You don’t make the top four unless you put six, seven, eight results together and that’s what we need at the end of the season.”

Liverpool’s chances certainly look more realistic following back-to-back wins over RB Leipzig and Wolves, but greater consistency must be found after the international break to ensure Robertson’s objectives are met.

The left-back was speaking ahead of Scotland’s World Cup qualifiers against Austria, Israel and the Faroe Islands, which are likely to bring three consecutive starts.

Robertson has, so far, avoided injury throughout Liverpool’s difficult campaign, but his continued overuse could be a roadblock as he attempts to play a key role in pushing for a top-four finish and a seventh European Cup.

The hope will be that Scotland manager Steve Clarke is sensible in managing the fitness of his captain, with a rest required at some stage to keep the standards high at domestic level.

Having taken up more responsibility in the absence of a number of key players, Robertson’s ambitions are high – and rightly so, as Liverpool cannot admit defeat in the Premier League yet.