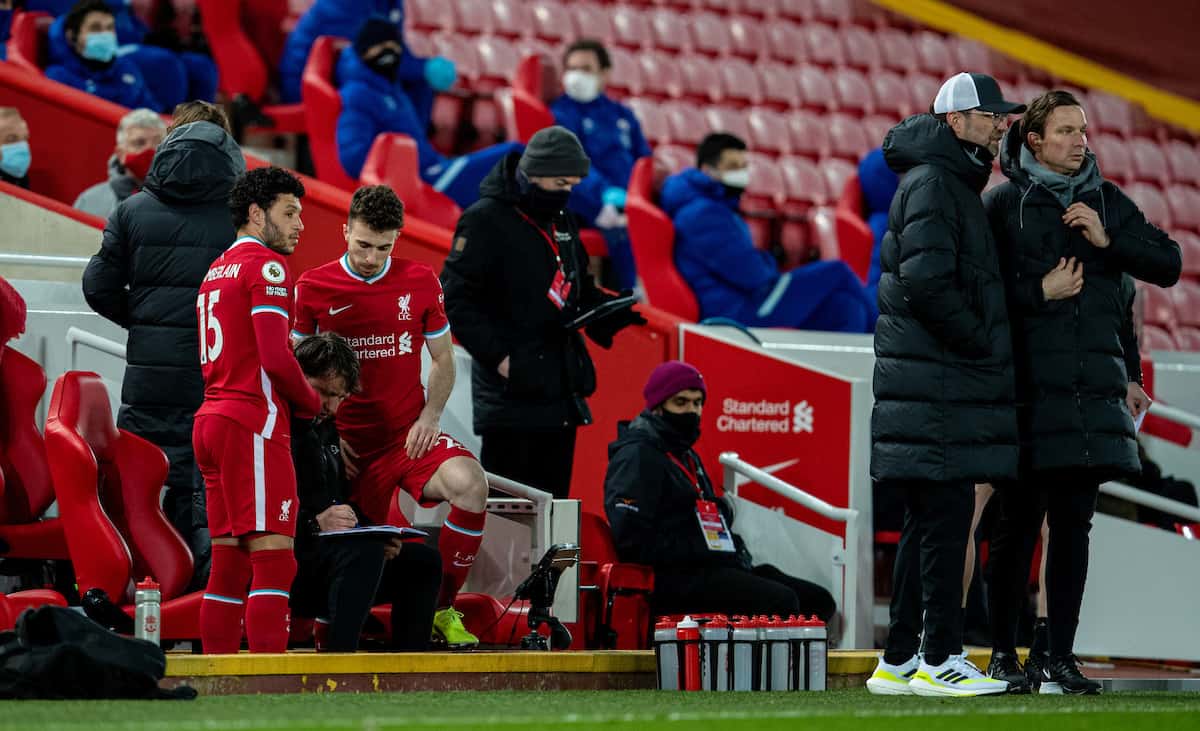 Jurgen Klopp opened himself up to criticism for his choice of substitutions in the defeat to Chelsea and accepted Naby Keita would have made sense from a “football point of view.”

Liverpool were once again off-kilter in the forward third against Chelsea, but when chasing the game Klopp opted for Alex Oxlade-Chamberlain and James Milner with 30 and 10 minutes remaining respectively.

The move to withdraw Mohamed Salah was already met by bemusement with his fellow forwards having shown little to warrant their stay, with the boss citing tired legs for the move.

It was then compounded as safety was opted for over risk with the choice of Milner as the final substitution, ensuring Keita was left on the bench despite the Reds needing at least one goal.

The boss looked to explain his intentions post-match as he cited the training performances of Oxlade-Chamberlain and the 35-year-old, but then weirdly pointed out Keita would have made more sense “from a football point of view.”

“Oxlade trains really well so you have to respect that and show that you see it,” Klopp explained to Sky Sports.

“And Milly trains really good. We lost a little bit of grip in that moment, we should not accept a second goal and we were not compact enough anymore and that’s why we bring Milly on and wake them all up again.

“From a football point of view of course we could have brought Naby on, that’s clear. But it was a little bit about keeping them in the game because we needed one situation.

“But if we let them run through one or two more times then we are 2-0 down and we don’t have to think anymore about it.”

There’s a time and place for rewarding effort but against Chelsea was not one of them, especially when it sacrificed the chance to get back into the game in favour of denying a second goal.

Klopp’s comments show he was conflicted but are bemusing in the same breath as he acknowledged Keita was the right “football” option but went for an alternative anyway.

The manager’s substitutions have always raised eyebrows, but these ones may top the list and are seemingly synonymous with a tumultuous season where nothing seems to be going right.