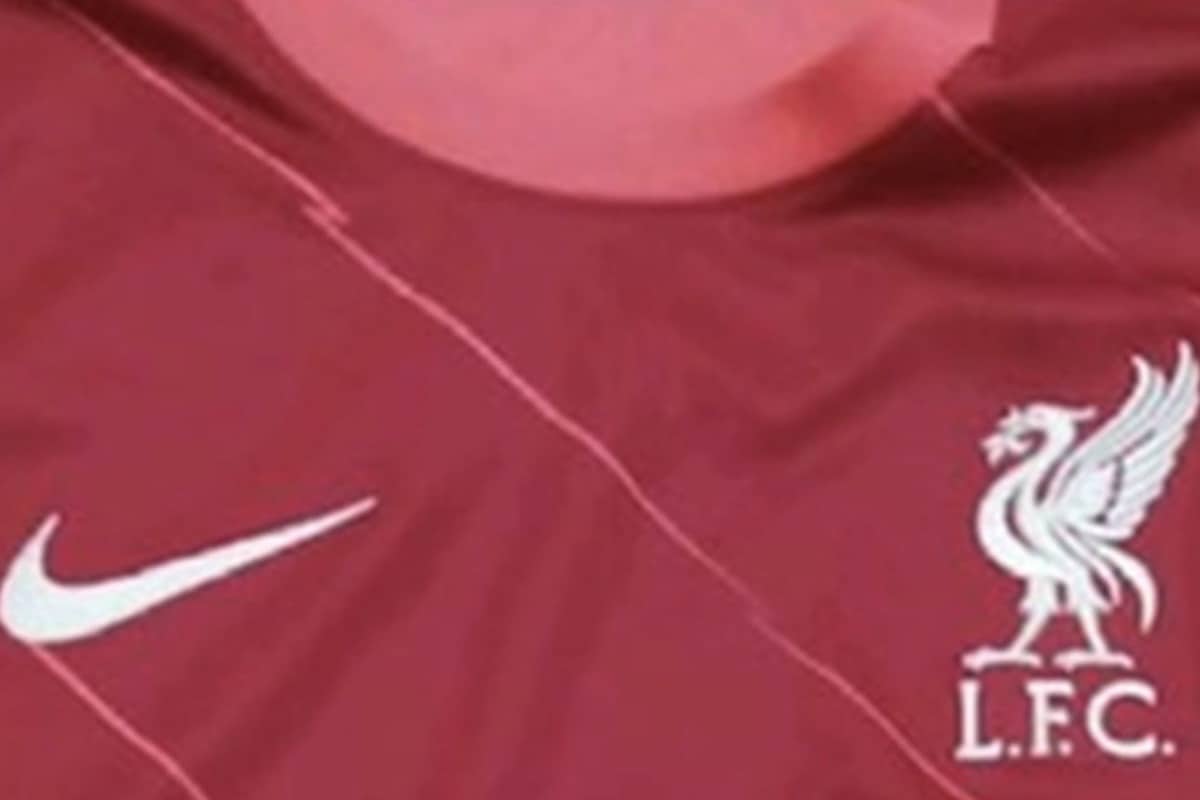 Liverpool’s home kit for the 2021/22 campaign appears to have been leaked, with Nike’s second offering to be worn at Anfield featuring lightning-bolt diagonal stripes.

The Reds are in their first season wearing Nike kits, having made the switch from New Balance last summer, as part of a long-term deal that is proving hugely lucrative.

While their designs are not universally acclaimed, Nike are reported to be selling at record-breaking rates, which could be a big boost to Liverpool in a campaign plagued by financial issues.

Jurgen Klopp‘s side are looking to head into next term as European champions once again, with their hopes of retaining the Premier League title faded and their priorities set on winning the Champions League.

If they do, they could be wearing a particularly interesting home kit, if the latest Nike leak courtesy of Footy Headlines is to be believed.

The shirt, which is predominantly ‘gym red’, features ‘bright crimson’ diagonal lightning-bolt stripes across the torso, along with the collar and cuffs, with ‘fossil’ logos and detailing.

It is a departure from the more basic design of 2020/21, and its reception among Liverpool fans on social media has been largely negative:

Nike really has NO TASTE in design ??. I miss Adidas already ??

The lines on the kit remind me of the pattern the Premier League use on their graphics. Nike sponsor the prem so that's probably the connection, though I doubt it'll stop Nike saying "We drew inspiration from the ligtening atmosphere of the city of Liverpool" ?? pic.twitter.com/hmh5DdKN7A

Nike's effort with kits is directly linked to the clubs performance, this is ain't it ?

There is no guarantee this is the final design, but Footy Headlines have been very reliable in the past with kit leaks, and the colour scheme matches up with previous information.

It is often the case that kits end up looking better in person, or on the players themselves, but it has certainly been a divisive start to Liverpool’s partnership with Nike.

The new kit is likely to be officially launched in May or June, ahead of the Reds’ pre-season schedule for 2021/22.