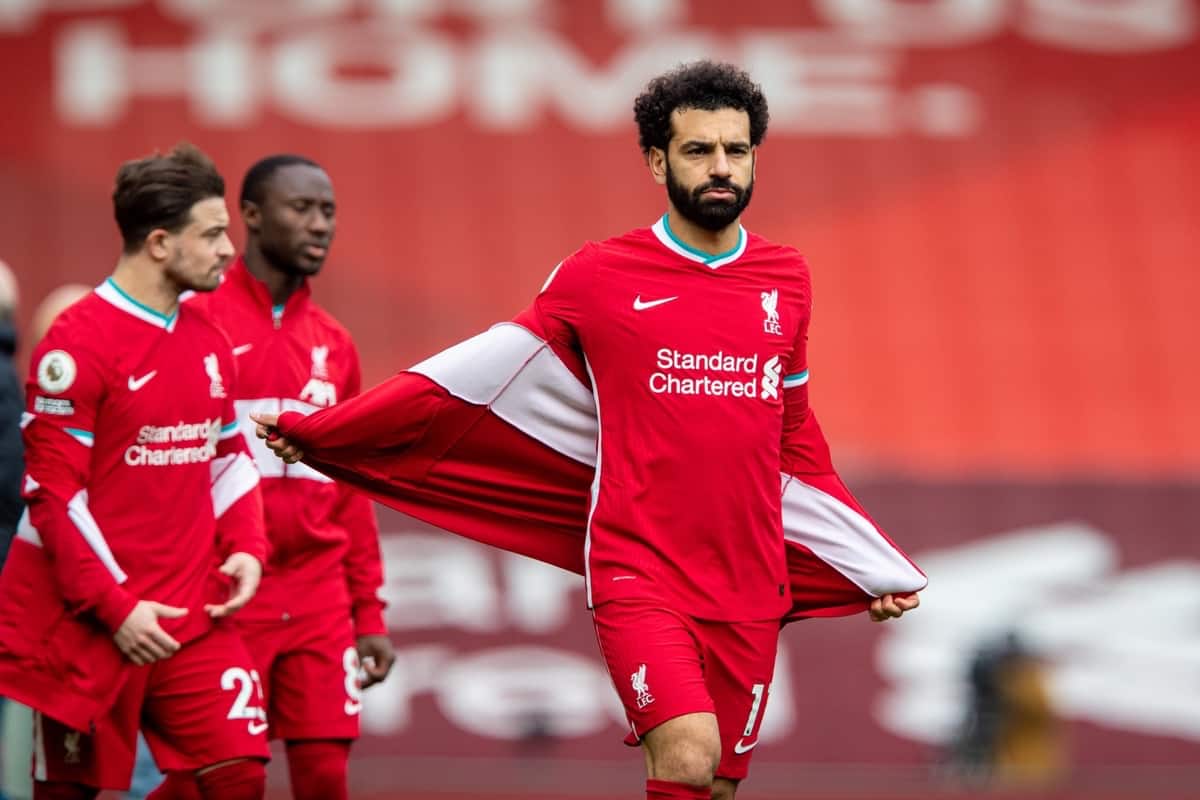 In only a matter of weeks, Liverpool will start their quest to reach the semi-finals of the Champions League, with Real Madrid the team standing in their way following Friday’s draw.

After easing to the last eight, the Reds were faced with the prospect of meeting any one of Bayern Munich, Borussia Dortmund, Real Madrid, PSG, Porto, Chelsea or Man City.

And it was Zinedine Zidane’s Real Madrid who were picked from the pot, bringing memories from the final three years ago back to the surface.

The Reds were, of course, on the wrong end of the result in Kyiv back in 2018 and few will forget how Mo Salah was forced from the field early on thanks to Sergio Ramos.

The first leg is to be held at the Estadio Alfredo Di Stefano, with the Bernabeu out of commission, on April 6/7, before returning to Anfield a week later to complete the tie.

And the realisation of Real Madrid serving as the Reds’ next opponents had fans savouring the matchup, although the absence of fans for the occasion continued to hit hard.

A shared feeling of old battles to settle, but no crowds ensure it is bittersweet…

This could come back to haunt me but I’m delighted with that draw.

“Gotta say it doesn’t get much better than that, avoided all the serious big boys until the final. Would’ve preferred Porto at the QF but still a very good draw for us.”

Denied a full house against Ramos.

Pretty happy with that. Phillips vs Benzema will be tasty.

Just the 19 European Cup titles between Liverpool and Real Madrid, who meet in the quarter finals this year.

As exciting as the #ChampionsLeaguedraw is for #LFC,
no-one should underestimate Real Madrid – like the Reds they come alive in this competition even when not always having the best league season.
It’s a tough draw in my opinion…but glad to avoid Bayern Munich #UCL

That would've been some atmosphere for Real Madrid at Anfield. This year has deprived fans of so much.

That’s so exciting. Real Madrid in the European cup is the most glamorous tie in world football. Then there’s certainly a path to the Istanbul if we want it. Feeling giddy. https://t.co/7Gg723veCN

Salah’s going to be so pumped up for Real Madrid, he’s definitely dropping a clinic

Realistically would have struggled to happier here I think. Good draw.

Not a bad draw for Liverpool at all. Real Madrid have been poor this season. There will be some Liverpool players very keen to put Kiev right. Think they were probably the third best scenario.

That’s a very good draw for Liverpool. Real Madrid certainly beatable. Revenge mission after the events of Kiev 2018. And the fact they would then avoid PSG/City/Bayern if they get through to the semis is a real bonus.

“Certainly Real Madrid and likely Chelski standing between us and a shot at Number 7. Can’t say I’m displeased. Step it up and heed Istanbul’s call, Redmen!”

love that #ucldraw – so many sub-plots in the QFs and even the potential semis.

beat chelsea in the semi-finals to reach istanbul, you say… ??

This Liverpool/ Istanbul sequel is becoming inevitable. Chelsea in semis too, just like 2005. Written in the stars….

And the entire draw was met with excitement over the possibilities…

That’s some draw, #UCL is now officially at the business end of the competition.

Salah revenge? Chelsea semi then Istanbul? Bring it on…

I'm really, really excited and feel like I haven't been excited about football in ages!

People don’t realise how big a Liverpool vs City CL final would be. The biggest game in football since 2017. The two best managers in the world against each other. 6 European Cups between them. The absolute pinnacle of football

Happy with that Champions League draw. Fantastic news that we will avoid Bayern, PSG and City on our road to Istanbul.

Real Madrid won’t be easy but it’s the perfect opportunity for us to get our revenge for what happened in Kiev.