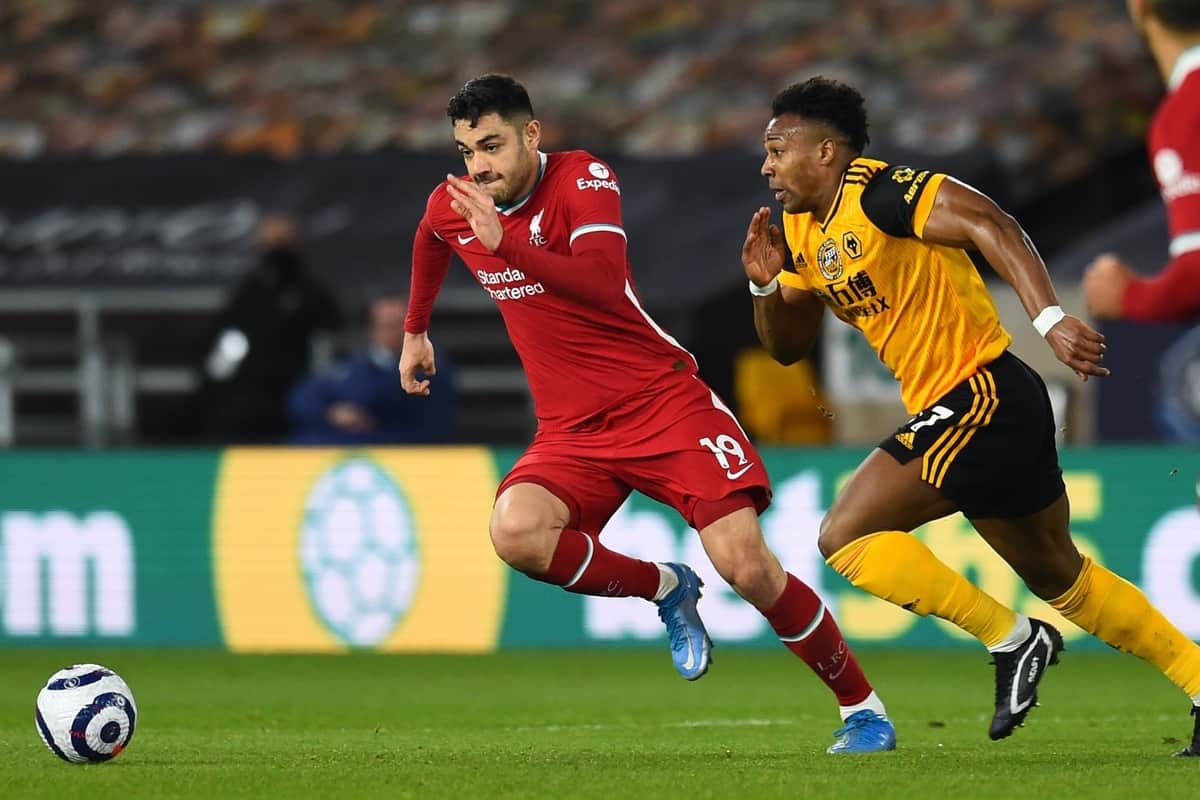 Liverpool dug out an excellent 1-0 victory away to Wolves on Monday night, as Diogo Jota came back to haunt his old team.

The Reds were playing their last game for almost three weeks, looking to pick up a frustratingly rare league win in 2021.

Jurgen Klopp‘s men were the better team in the opening 45 minutes and Jota fired home the only goal of the game against his former club on the stroke of half-time.

Liverpool struggled to create much of note in an attritional second half, but they defended expertly and got over the finish line to pick up a much-needed three points.

A professional win was roundly applauded…

Well I’m not going to be watching the re-run or dashing off to order a DVD but pretty happy with that. Dug in, back four stood up and we saw the job through. Job done. See you in 3 weeks redmen.

We can no longer be caught by West Brom.

Two down, one to go.

Kabak and Phillips were again outstanding at the back…

Kabak’s best & most assured performance to date in a Liverpool shirt. Aggressive in the tackle, but calm & progressive on the ball.

Something to build on & my MOTM. #LFC

In the shadow of the attention that Phillips is getting, Kabak has been low key excellent recently.

Another boss performance from these two pic.twitter.com/Rv6e39J0pP

Ozan Kabak looks like he’s starting to settle into this Liverpool team.

Kabak has been quietly impressive over recent weeks. He's looked much more composed and confident. Has really benefited from all of the attention going the way of Phillips.

Thiago had a poor night, however…

He's an amazing footballer, but Thiago was really poor there. All over the place.

Thiago, with all his experience, cannot really be surprised to see himself subbed. Way off his game tonight

Worst game Thiago has played for us but it happens.

Whenever Thiago goes in for a tackle. pic.twitter.com/4tjsFzE3VH

No better win than a win in Wolves for the Reds (for me personally).

However, I hope Patricio is okay and it isn't serious.

All the best to Rui Patricio, horrible injury.

Big three points against a Wolves team that looked dangerous at times, but obviously the injury to Rui Patricio overshadows everything. Hope he's ok.

Nuno: He's okay, he's going to recover so it's okay.