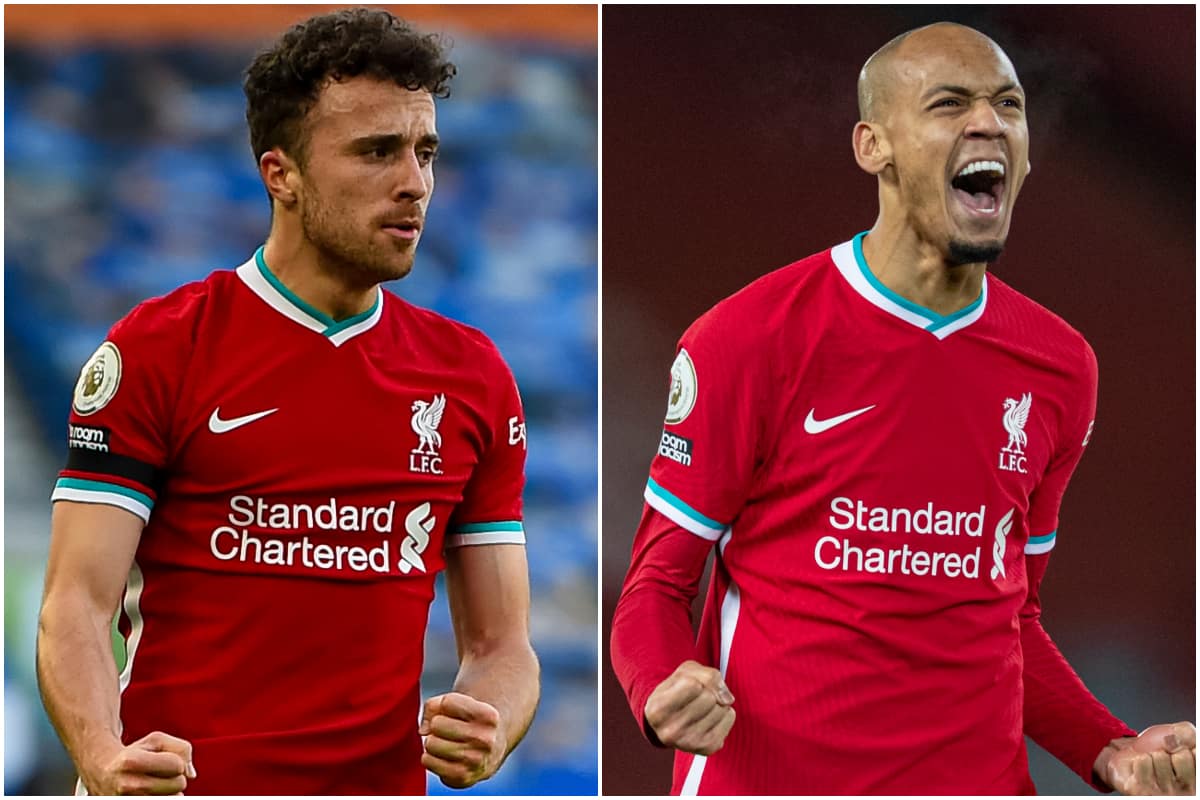 Liverpool have been boosted by the return of a trio of key players ahead of Thursday night’s match against Chelsea.

Tuesday afternoon saw the full team training and included in the session at Kirkby were Fabinho, Alisson and Diogo Jota.

Speaking after Sunday night’s win at Sheffield United, Jurgen Klopp had said that he expected the trio to be available vs. Chelsea and their return to training now is a massive step towards that.

Alisson had missed Sunday’s game after the death of his father last week, but to see him back involved in team training should mean a return in goal.

Fabinho has started just one of the last seven fixtures, limping off against Man City with another muscle issue.

Jota, meanwhile, hasn’t featured since December but was in the squad initially that travelled to Sheffield before being taken ill. Fortunately, that does not seem to have put him out for long.

With Fabinho back, it’s a question of whether he is joined by Ozan Kabak or Nat Phillips in defence, with Klopp almost certain to go with the senior, more experienced player in defence than move the Brazilian back to midfield.

Ben Davies was also in training on Tuesday, with the new signing claimed to have had an injury that kept him out of the squad at the weekend, although that has been the case several times already in the last month – in training, but not in the squad.

James Milner and Naby Keita made their returns from injury as second-half subs at Bramall Lane and they were both in training too, meaning there are finally midfield options on Thursday.