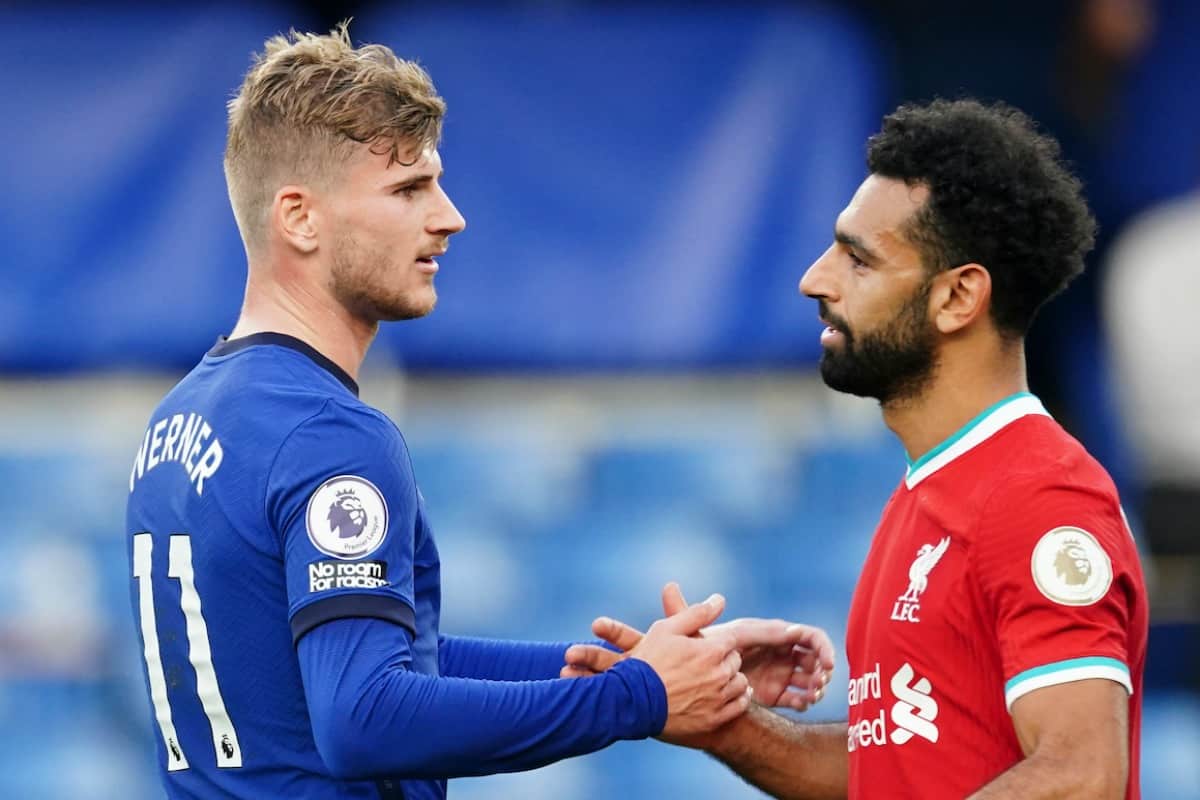 A key battle in the race for the top four sees Chelsea descend on Anfield, where Liverpool will look to continue their record over the Blues to gain the upper hand.

There’s no getting away from the fact that this is a big one.

While a scrap for a top-four spot had not been on the agenda for this season, Liverpool are now in the throes of one and toppling Chelsea could prove pivotal.

It’s been a stop-start couple of weeks for Jurgen Klopp‘s men with a victory then met by defeat, but this time around momentum must be carried from Sheffield United back to Anfield.

The Reds will be boosted by the return of some key figures as they look for back-to-back league victories for the first time since the end of January.

A Chelsea side without a defeat to their name in their last 10 now awaits, however, under the tutelage of a familiar face in Thomas Tuchel.

The Blues sit one point and one place above Liverpool in the table and a victory for either will push them into fourth with West Ham not playing until the following week.

To do that, Klopp’s men will need to bring an end to a run of four home defeats where only one goal has found the net in that time.

It’s time to reset and charge forward. Into these, Reds.

For once, it’s not all doom and gloom on the injury front.

In fact, aside from the existing long-term absentees, it makes for good reading when you consider Fabinho, Diogo Jota, Alisson and James Milner are all in training and ready to go – with the No. 20 expected to be named on the bench.

Add to that, Naby Keita and Ben Davies and you have a squad with options at long last.

It means a 19th centre-back pairing is expected with the return of Liverpool’s No. 3, with Ozan Kabak expected to edge out Nat Phillips while the midfield and forward line could also undergo subtle changes.

For Chelsea, they too have few pressing issues on the injury front with only Thiago Silva and Hudson-Odoi under a cloud of doubt for their trip to Anfield.

And after starting from the bench against Man United last time out, former Reds target Timo Werner is set to come straight back in.

Liverpool could become only the second team to notch five successive Premier League victories over Chelsea should they walk away from Anfield with all three points.

In fact, in the last 12 top-flight meetings, the Reds have lost only one with an aggregate score of 21-12.

It all sounds pretty good, doesn’t it? But don’t go expecting a clean sheet for either side with the last six meetings between Klopp and Tuchel averaging 4.5 goals, where neither team shut out the other.

Speaking in his pre-match press conference, Klopp touched on the need for his side to have “all the answers” against a Chelsea outfit set to pose countless questions:

“A full package is required, you have to defend because they let the ball roll, you have to work a lot and you always have to be patient but I don’t think this game we have to be specifically patient.

“You have to be lively in moments, creative and show your desire for defending in all the moments because they are a top team and they will ask for a lot, and we have to make sure we have all the answers.”

Liverpool vs. Chelsea kicks off at 8.15pm (GMT) and will be shown live in the UK on Sky Sports Premier League and Sky Sports Main Event, with coverage from 8pm.

Chris Williams has you covered on This Is Anfield’s matchday liveblog, keeping you entertained with his usual bias take, starting from 7.30pm (BST).