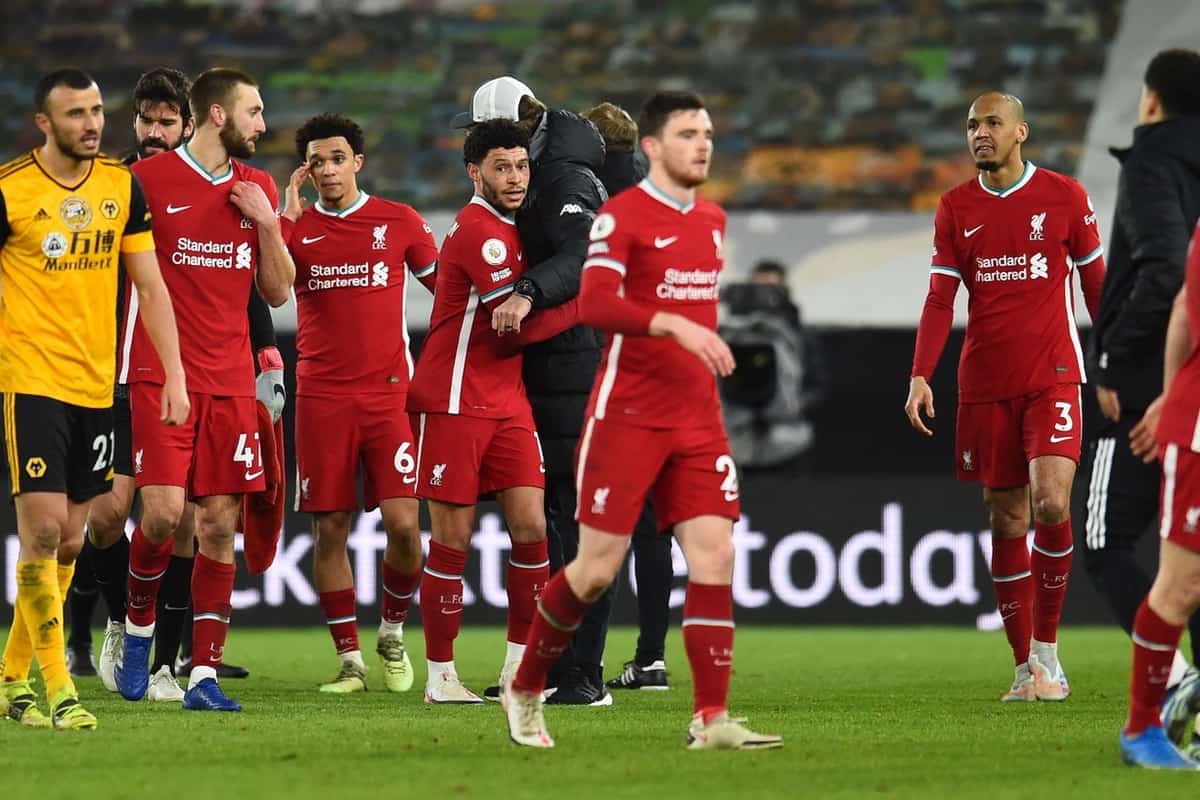 Liverpool’s centre-backs again shone in their 1-0 win away to Wolves on Monday night, with one attacker also catching the eye.

The Reds visited Molineux in what was a must-win game if they were to have any chance of a top four finish in the Premier League this season.

Diogo Jota came back to haunt his former club with a well-taken effort seconds before half-time, showing what Liverpool had missed during his long absence through injury.

Jurgen Klopp‘s side battled their way to a vital three points after the break, defending doggedly, getting the job done and moving ahead of Everton in the table.

Here we compare our player ratings with those from the Liverpool Echo, Sky Sports, FotMob and the TIA readers. 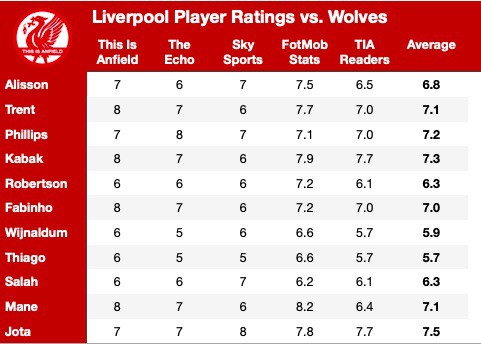 The match-winner Jota (7.5) was deemed the best player for Liverpool, in what was arguably a slightly controversial choice.

That’s not to say the Portuguese wasn’t good on the night, but others were more deserving of taking home the prize.

In our ratings, we described Jota as a “busy” presence against his former club, burying his strike with confidence to seal an ugly victory for the Reds.

In second place was Ozan Kabak (7.3), who was excellent all evening and is really growing into his role after a shaky start to life at Anfield.

Ian Doyle of the Echo hailed the “growing partnership” that the 20-year-old has built up with Nat Phillips, with back-to-back clean sheets kept by the pair.

Completing the top top-three was Phillips (7.2), who has become a real cult hero as the season has gone on.

TIA felt the centre-back was “very solid again” and “diligent about his positional work”, as he continues to perform consistently well.

Not every Liverpool player caught the eye, however, and Thiago (5.7) got the lowest rating at Molineux. Doyle claimed he was “massively off the pace from the first whistle.”

Liverpool now have a long 20-day break before their next match, with the Reds making the trip to Arsenal on Sunday, April 4 (4.30pm BST).