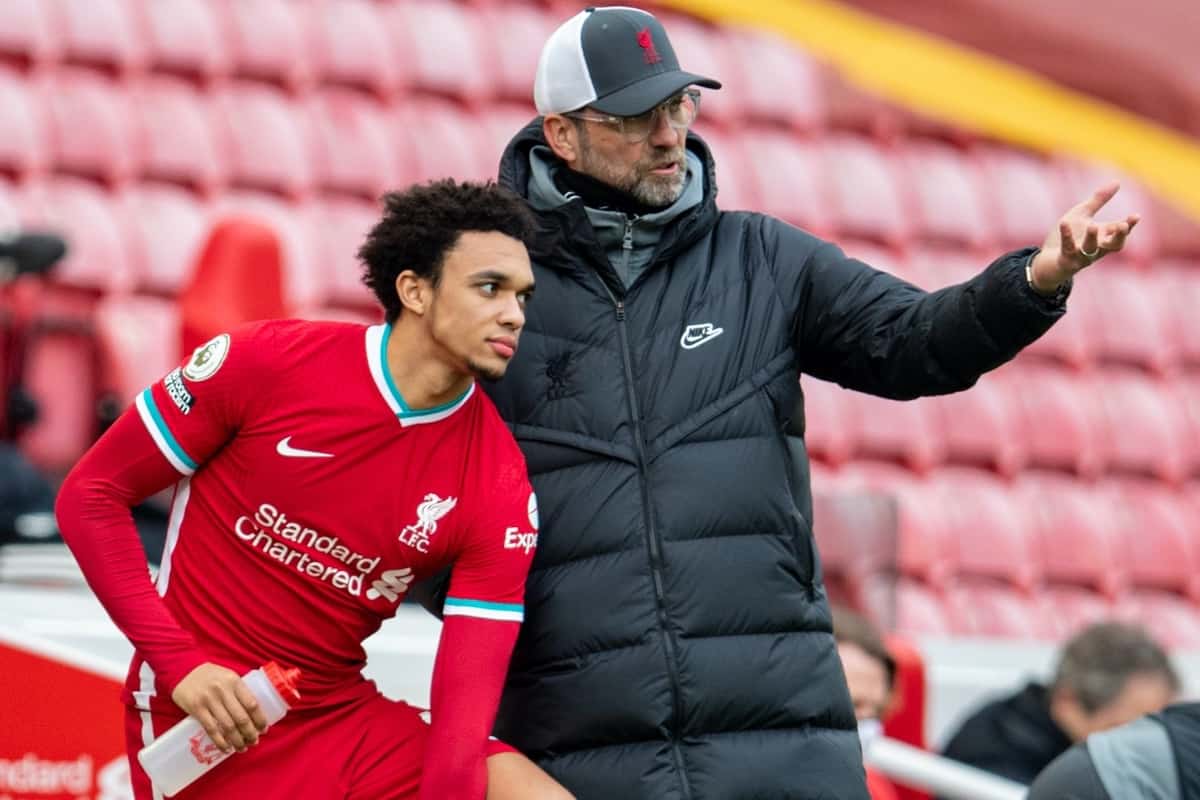 Jurgen Klopp admits he “didn’t understand” why Trent Alexander-Arnold was dropped from the England squad, describing him as “the standout right-back in world football.”

Alexander-Arnold was a surprise omission from Gareth Southgate’s squad to take on San Marino, Albania and Poland last month, which casts doubt over his involvement at this summer’s Euros.

It was a shock to the player and his club, with Alexander-Arnold already having been given time off in anticipation of his callup, leaving him to report back to Kirkby to train with those not with their national teams.

From a Liverpool perspective, it was a bizarre decision, particularly as the right-back has recovered from a tough start to the season to begin to hit top form again, and it was one widely criticised as shortsighted even away from Merseyside.

Klopp was asked about the situation in his press conference ahead of Saturday’s clash with Arsenal, and said while he “respects” Southgate’s decision, he “didn’t understand it.”

“I’m a manager myself, I make decisions every day, every weekend, midweek, about team selections, squad selections, and you always make, probably, decisions other people don’t understand,” he told reporters.

“But I respect that Gareth makes his own decisions, of course, absolutely.

“That’s the truth. In an unbelievably young age.

“I have no problem that my players get some criticism. They get it from me, they can get it from other people if they are not performing. But that’s the truth: he was the standout right-back in world football.

“Now he started the season and had Covid early on, which is not good, as you can imagine it took him a while to get into the season.

“But from the moment on when he was in the season he was one of our most consistent players and was kind of the standout player. Robbo the same, could play all the time, high level, these kinds of things.

“That cannot be the reason that he was not in the squad.

“If you compare Lionel Messi every year with the best season he ever played and say he’s not performing like he performed in 2005/06, he’s still the world’s best player.” 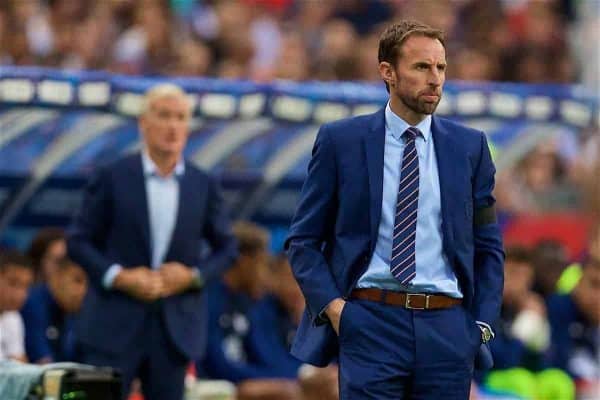 Klopp went to suggest that Alexander-Arnold was overlooked due to the tactical approach taken by Southgate, but he offered his less-experienced counterpart some useful advice.

“If you have to play against a deep-defending side then, for sure, the crosses and the passes of Trent, I don’t know anybody that can do it like him,” he added.

“He defends on a really high level for us as well; it’s not his ‘first’ skill, but it’s not bad – it’s really good.”

For Liverpool, beyond the mental blow of missing out on the England squad, having Alexander-Arnold not in action during the international break was a boost, allowing him to rest and train at Kirkby.

Klopp acknowledged that, but still stressed his bemusement that Southgate felt he could leave, in his view, the world’s best right-back at home.

“So can he get the benefit of it? Of course. He was not with the national team now, so he had time to train,” the manager continued.

“He trained at an extremely high level, he showed the reaction, he was really in the session, he enjoyed the sessions a lot.

“He’s a very ambitious boy, I know he wants to be in the England squad, and he will try everything to get there again.

“But if Trent Alexander-Arnold is not in the England squad, England must have an extremely good squad – let me say it like this!

“That’s the situation. In summary, I respect the decision – of course I do – but I didn’t understand it.”