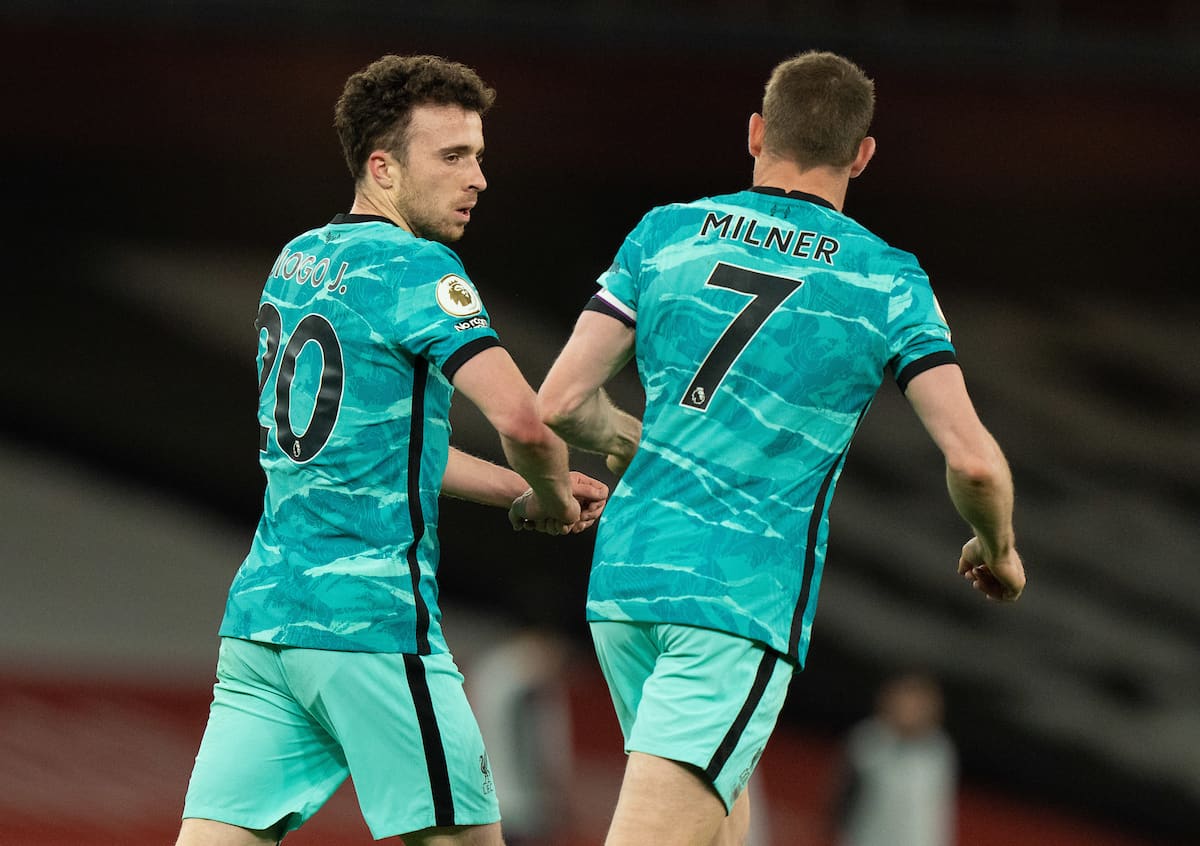 Diogo Jota came off the bench to score twice in Liverpool’s win over Arsenal – a victory the forward believes is crucial in the fight to finish in the Premier League top four.

The reigning Premier League champions will not retain their crown this season but remain in the race for a Champions League spot following a convincing 3-0 success at the Emirates Stadium.

Liverpool dominated proceedings but did not break the deadlock until after Jota’s introduction on the hour.

The Portugal international headed in Trent Alexander-Arnold’s cross before wrapping up the points after Mohamed Salah had doubled Liverpool’s advantage.

They are now two points off the top four and Jota is targeting victory in all of the remaining league games to makes sure a top-four finish is assured.

“Very important,” he replied when asked how important the result was in the race for the top four.

“I said after the last game, to think about higher spots in the table we need to do our job which is to win every single game until the end.

“It’s another clean sheet, which is really important as well. Everyone is working hard and well and now we have that hard game against Real and we want to do that as well.”

Arsenal never looked like winning the contest and sorely missed the likes of Bukayo Saka, Granit Xhaka and Emile Smith Rowe – all out through a mixture of illness and injury. 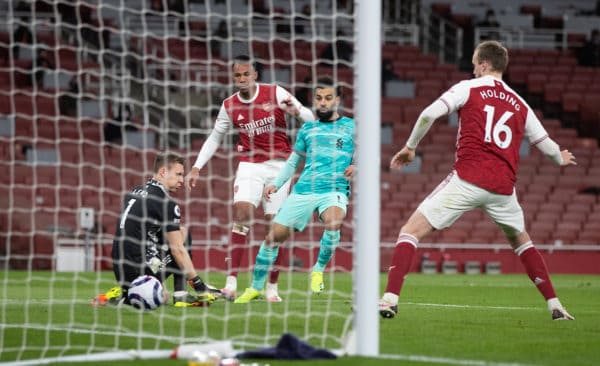 Manager Mikel Arteta said his side were “extremely poor” and the Spaniard has now demanded a reaction in their Europa League quarter-final tie with Slavia Prague.

Asked if he expected his players to show a statement of intent against the Czech Republic outfit, Arteta said: “Absolutely.

“This is the minimum that we can do, to perform at a completely different level on Thursday.

“What we do is talk on the pitch. To talk now on the cameras and say we’re going to do this or that, to try to find excuses because we don’t have this player or the international break cost us, it’s not good enough. It’s time to talk on the pitch on Thursday.”