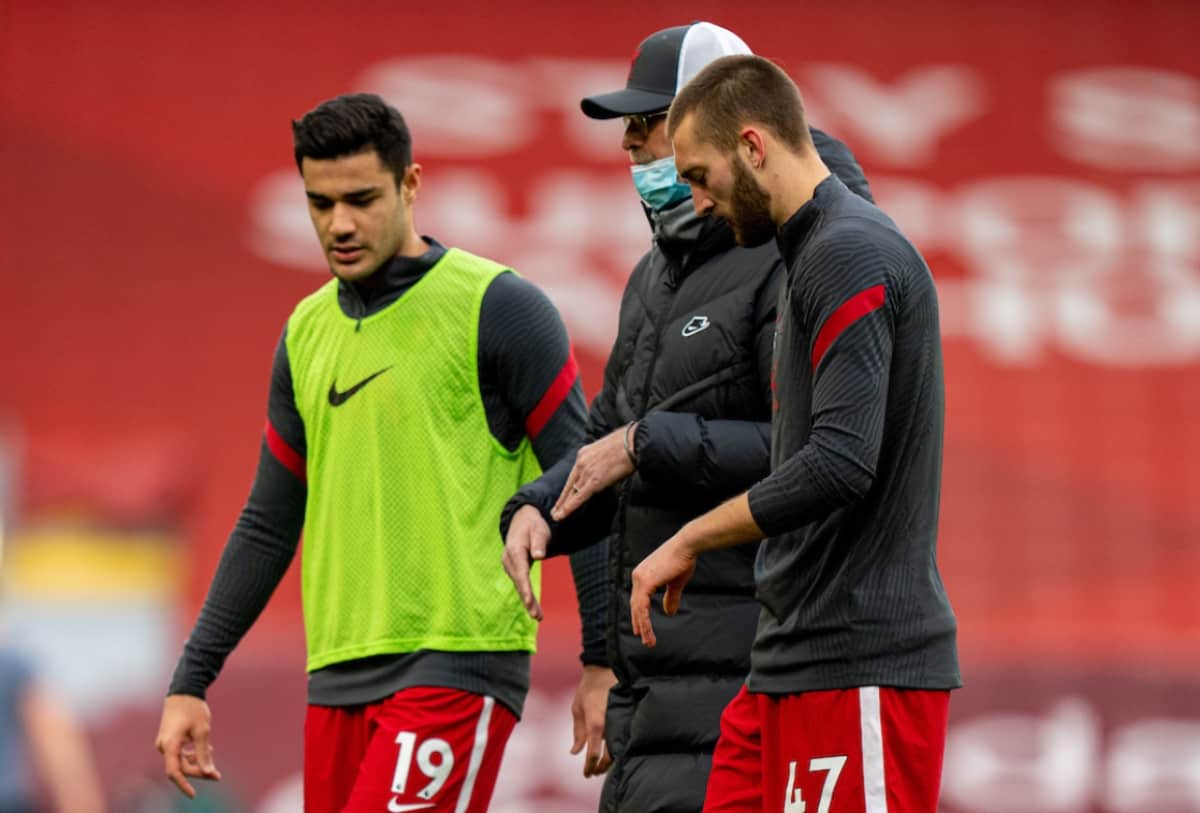 Jurgen Klopp has welcomed the “start of a proper career” for both Ozan Kabak and Nat Phillips after the pair locked down the centre-back positions this season.

They were once a 20-year-old playing for a relegation-doomed Schalke and a one-capped Red, it is a scenario that not one could have predicted at the start of the season.

But fast-forward eight months and Kabak and Phillips are the first-choice pairing for Jurgen Klopp after a string of long-term injuries, where they have since featured eight times together.

Their record stands at five victories, two defeats, one draw and six goals conceded, with both continually growing and feeling at home within the setup.

And while the combination is one that raised eyebrows at the start, Klopp insists there was “never a question about quality” as he praised the duo for their development.

“How we’ve always said, things have to develop and players have to get used to each other,” Klopp told reporters.

“There was never a question about quality, the boys have it but then you have to bring it together so that it works.

“Ozan and Nat do really well, hopefully, it will stay like this.

And on an individual level, Klopp commended Kabak for proving that there was no need for doubts and Phillips for continuing to take each challenge head on.

“I’m really happy for them. Ozan is a 20-year-old boy and came from Germany, a big prospect and was not lucky with the teams he was playing with, one went down and the other one will probably go down.

“Nobody doubted his quality but coming and making this big step and winning more games is really good for him to show that.

“We were convinced but you never know and he really proved that point.

“And Nat Phillips is just an exceptional career so far, with all the things he did in the past and now playing for Liverpool in the Champions League, Premier League, winning games and challenges.

“Probably the best heading statistics in the history of the Premier League, I could imagine! It’s unbelievable what the boy is doing. And on top of that playing good football.

“So a restart for one and the start of a proper career for both, that’s really nice.”