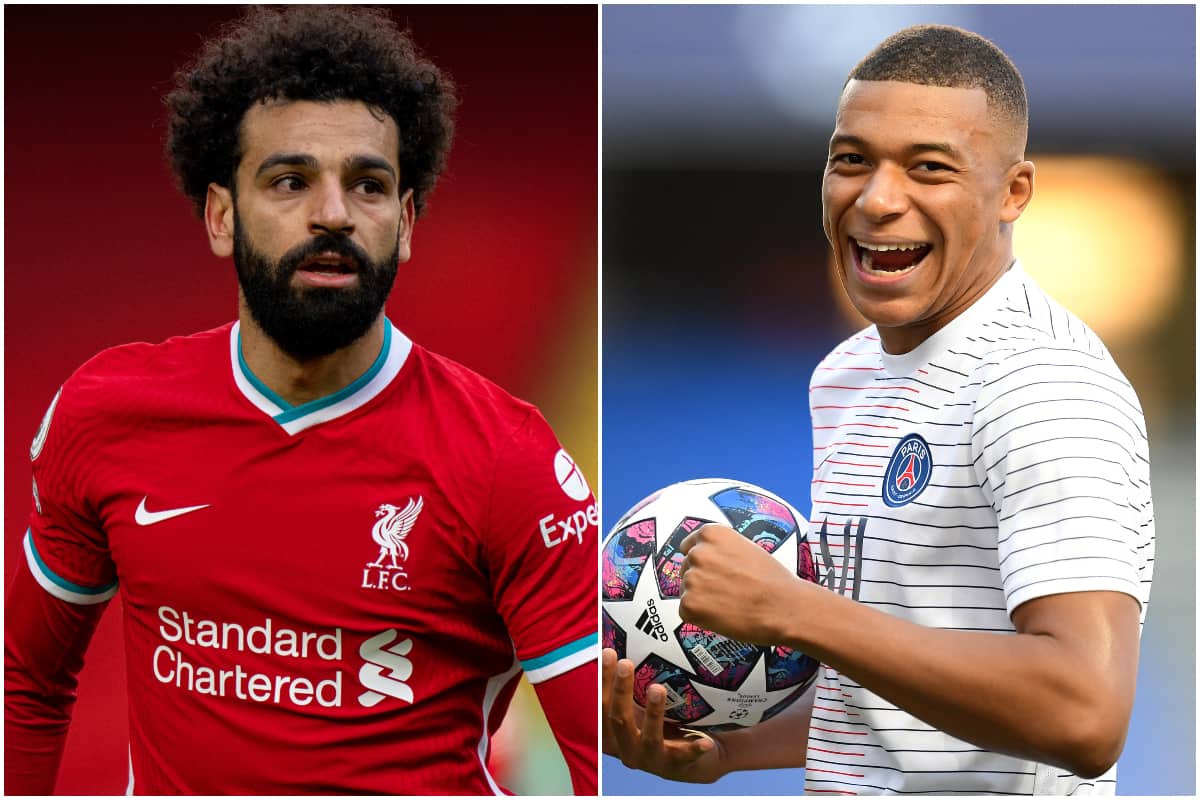 Mohamed Salah‘s importance to Liverpool is undeniable, but would a swap deal with PSG superstar Kylian Mbappe be preferable to him staying this summer?

The Reds bowed out of the Champions League on Wednesday night, as they failed to break down Real Madrid at Anfield.

Jurgen Klopp‘s side were guilty of missing a number of huge chances, with Salah the main culprit, fluffing his lines on three separate occasions.

It was a rare off-day in front of goal for the 28-year-old, however, who has carried Liverpool’s attack for much of this season, scoring 28 times.

Salah’s record for the Reds is astonishing, with 122 goals scored in 196 appearances, arguably cementing his place as all-time great Anfield great.

Regular reports continue to link the Egyptian superstar with a move away from Liverpool this summer, though, not helped by him flirting with the Spanish media in recent months.

On the flip side, Mbappe has been seen as a potential summer signing, with the Frenchman one of the outstanding young players in world football currently.

And with his contract due to expire in 2022, the World Cup winner has been tipped to leave Paris this summer, which presents the fantasy scenario of Liverpool including Salah in a potential deal.

It remains to be seen if he extends his stay at PSG, or joins Real Madrid instead, but would supporters be happy to see Mbappe swapped for Salah?

We posed that question on Twitter, with almost 2,000 of you voting on whether you would rather Salah stays put or Mbappe arrives in place of him.

Would you swap Salah for Mbappe this summer?

Just over half of you (52.3%) stayed loyal to Liverpool’s No. 11, seeing him as the superior option moving forward.

Responding to the poll, @WadeWattsLFC said “no. But I would Mane,” rather brutally highlighting the Senegalese’s struggles of late.

There were 47.7 percent of you who think Mbappe trading Paris for Liverpool would be the better option, however.

According to @tamadic_, “age is the major factor” in picking the 22-year-old over Salah, while @hitmanharj claimed that “Mo is brilliant but Mbappe is as good if not better already and is considerably younger.”

It is a headache that Klopp is ultimately unlikely to have, but the above results show just how split the fanbase is over Salah and Mbappe.

Should that scenario arrive in the coming months, it will be intriguing to see what happens.