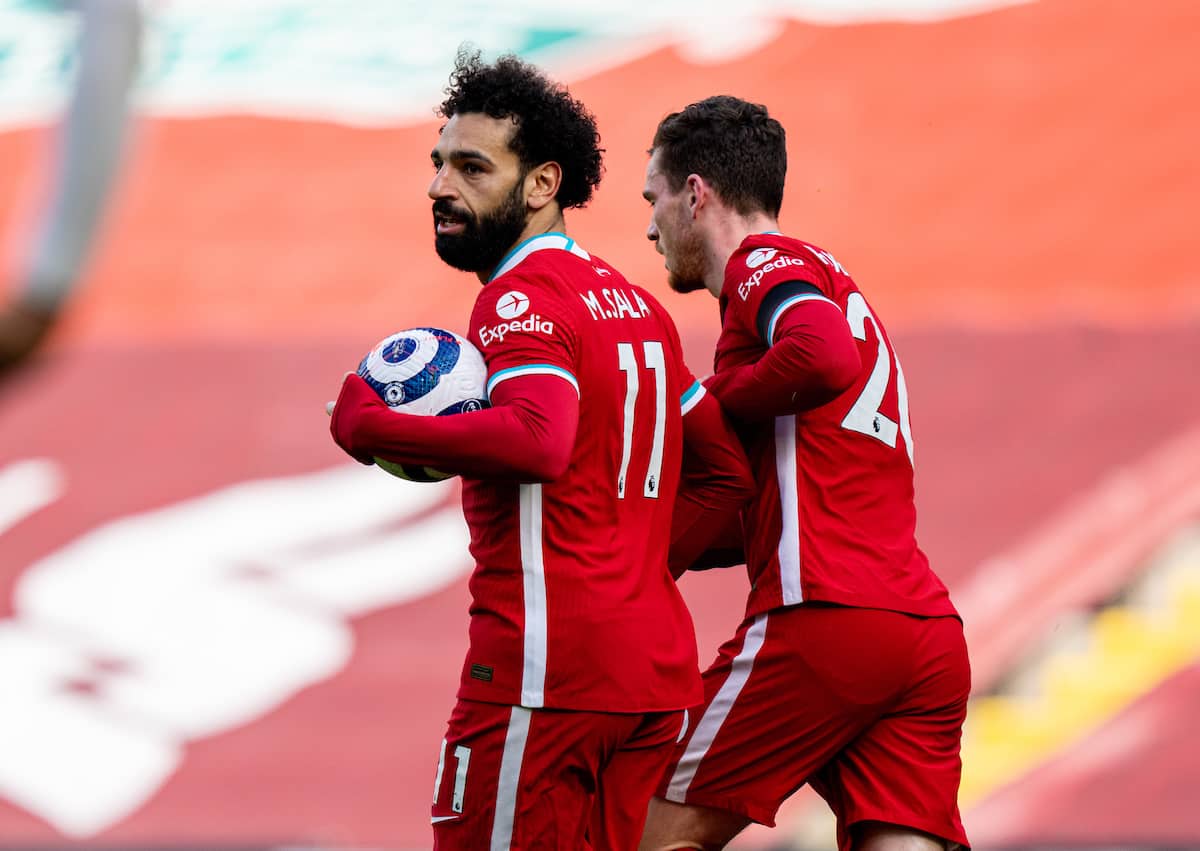 Liverpool left it late to pick up a huge 2-1 win over Aston Villa, as Trent Alexander-Arnold‘s late goal saw him rated the highest out of his team-mates.

The Reds faced a vital game in the Premier League top-four battle, as they looked to end a shocking run of six straight defeats at Anfield.

It looked like being Groundhog Day yet again when Ollie Watkins opened the scoring before half-time, especially when Roberto Firmino ludicrously had a goal ruled out by VAR.

Chelsea denied the Reds a permanent move into fourth, but it was still a big afternoon for Jurgen Klopp‘s side.

Here we compare our player ratings with those from the Liverpool Echo, Squawka, ESPN, FotMob and the TIA readers. 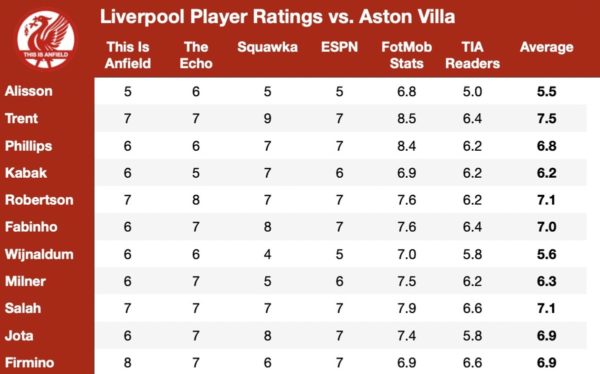 It was Alexander-Arnold (7.5) who was given the highest average rating, as he delivered a memorable Kop end moment.

In truth, the 22-year-old wasn’t at his very best for much of the afternoon, but he produced a sublime effort when it mattered most.

TIA’s Jack Lusby hailed Alexander-Arnold’s “brilliant finish into the far corner,” while Harry Edwards of Squawka felt it was a “strong defensive performance” from him.

In joint-second were Salah (7.1) and Andy Robertson (7.1), both of whom were effective throughout.

Robertson was “very good,” according to the Echo‘s Ian Doyle, who also praised the left-back for his “deliveries from set-pieces.”

Meanwhile, ESPN’s Harry Kettle was impressed by Salah’s “instinctive finish” to make it 1-1, as he took his goal tally to 28 for the season.

Diogo Jota (6.9) and Firmino (6.9) shared the third-highest score, although the latter was surely the more impressive on the day.
`
Lusby even named Firmino his Man of the Match, saying his “touch and interplay, dropping deep into midfield” were “outstanding.”

Alisson (5.5) earned the lowest average at Anfield, having done poorly for Watkins’ goal, as was the case for Vinicius Jr’s second for Real Madrid in midweek.

Liverpool now have a four-day break before hosting Real on Wednesday night, looking to overturn a 3-1 deficit in the Champions League quarter-final second leg.