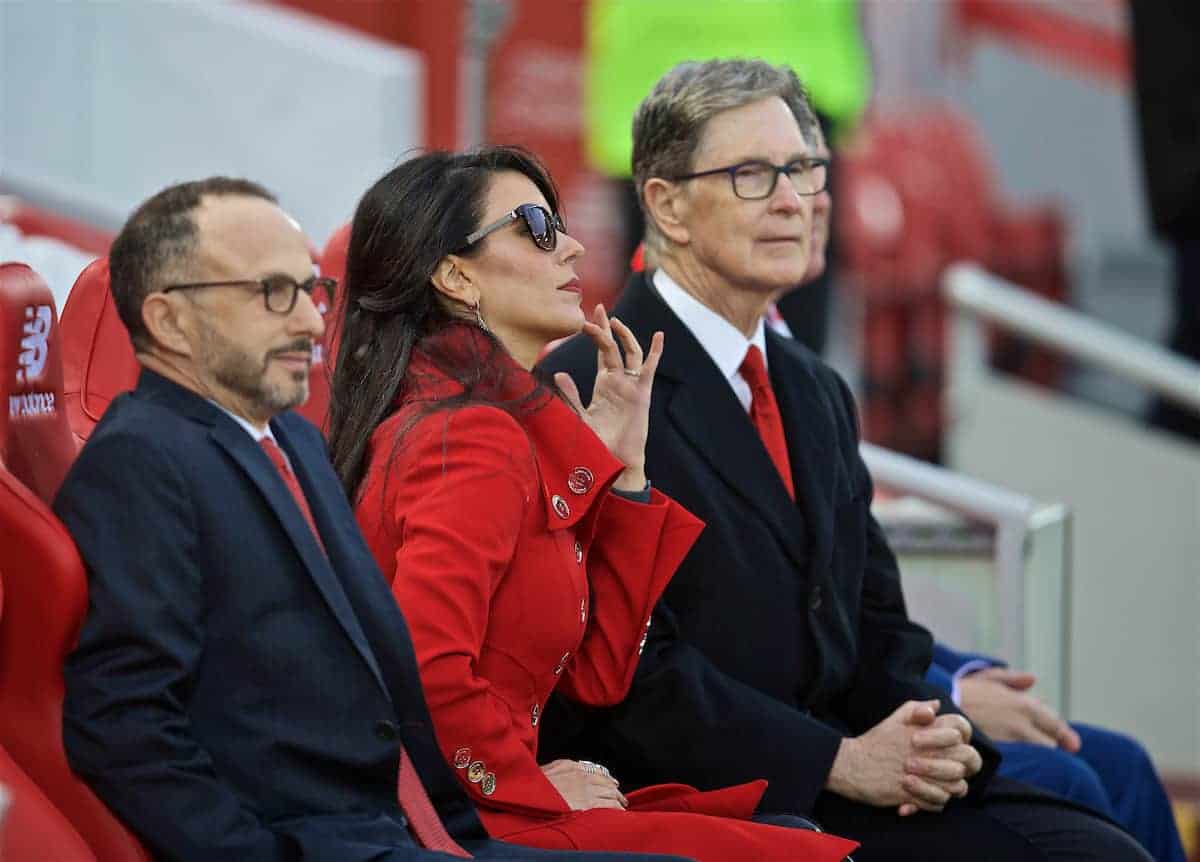 Liverpool’s owners have officially issued their statement of withdrawal from the outlandish Super League plans, with fans savouring the backtrack but insisting it cannot be forgotten.

After 48 hours of madness, the Super League has crumbled into ash with all six English clubs that were originally founding members now having performed a dramatic u-turn.

The emergence of the news on Sunday was immediately met with backlash as the billionaire boys club threatened to tear apart the fabric of the game we know and love.

That the move was made without consulting fans, players and manager spoke volumes as they looked to line their pockets and be damned with the rest.

And after a deluge of unwavering protest, the key stakeholders of the game won out in a victory for those who cherish what this club and football is all about.

In saying that, yet another u-turn cannot be overlooked by FSG and fans made that known loud and clear after the club issued a statement – a disillusioning one at that.

The pathetic nature of Liverpool’s statement was rightly lambasted…

Two pars in the club statement and not a single quote from anyone. What an utterly shambolic and depressing 48 hours. #LFC https://t.co/VIsRsFAsQ5

Happy we’re out but fuck me.

47 words after an embarrassing, shambolic and sorry 48 hours in the history of Liverpool Football Club. It quite simply is not good enough.

No apology, no mention of supporters, in that #LFC statement.

It says very little, but it says a lot…

That statement, whilst good news, is fucking pathetic.

#LFC really aren’t doing themselves any favours with a statement like that.

Dragged the whole fanbase through turmoil these last few days and all we get is 47 words? Brilliant.

And it ensures this is never to be forgotten…

Corporate nothingness from the owners. Have the balls to own *your* mistake. Front up, speak, explain. Because this is the shithouse route. “Stakeholders” would have been quite happy to point out it was a non-starter had you bothered to engage. https://t.co/CbSWxQfOR7

The fans have always been and will always be integral to Liverpool Football Club. In so many ways they are the Club. I am relieved to know that the Club has listened to them.

Two paragraphs, no apology and no name put to it. The right move but yet again an utter lack of authority, accountability and dignity on the part of FSG. If this is all they are going to say and do on the matter than their position as owners really is untenable.

Liverpool's statement reads as a reluctant withdrawal from the Super League. A heartfelt thank you to stakeholders too… pic.twitter.com/snqMtJ1Ric

None of the owners are remotely the good guys in any of this, but Arsenal’s apology is 1000x better than that. Admission of a mistake, reference to supporters and an apology.

What are you smoking over there? https://t.co/JFgGhAVQcE

All ????… for ????. Was it really worth the anguish and longer-lasting, irreparable damage done? https://t.co/zNqqs9Fw9R

FSG may own the #LFC company, but they just found out that they don’t own the club. Some things money can’t buy.