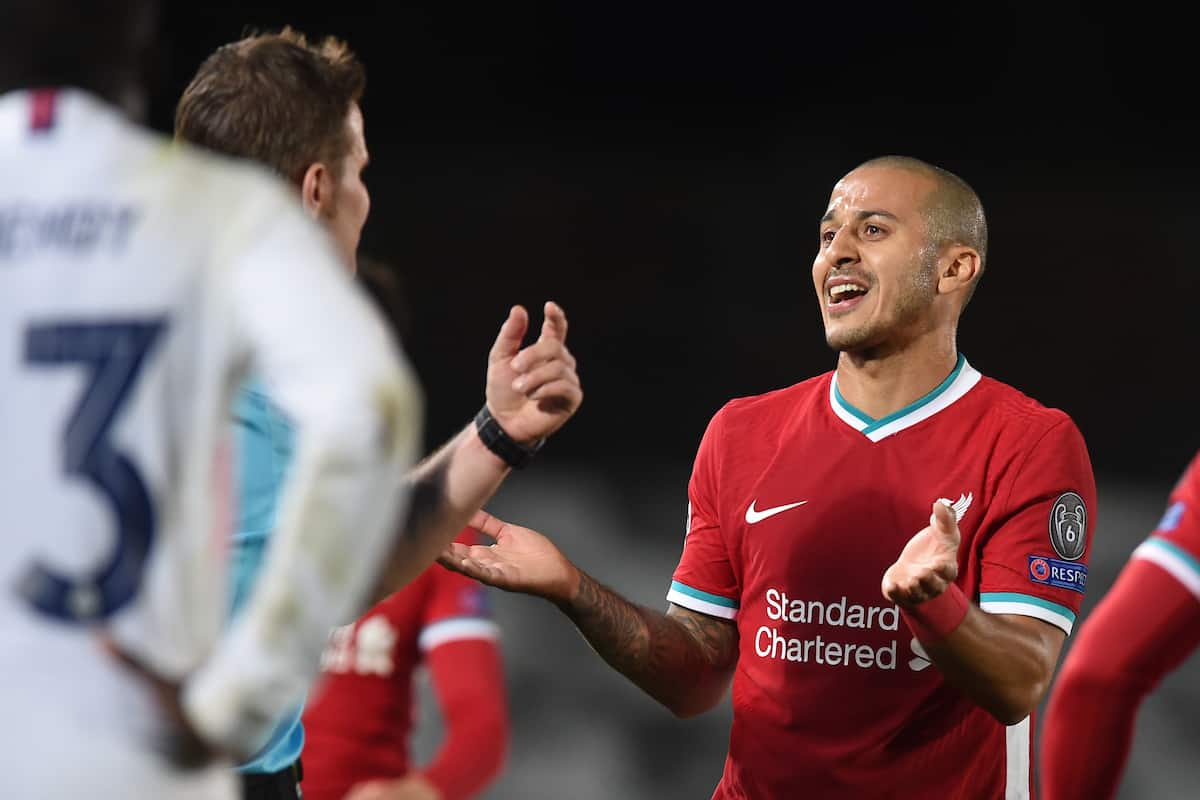 Jurgen Klopp has made a big call in leaving Thiago out and starting James Milner in Liverpool’s crucial Champions League clash with Real Madrid, confusing supporters.

The Reds are up against the odds tonight as they take on Real at Anfield, looking to overturn a 3-1 loss in the first leg of their quarter-final, clinging to Mohamed Salah‘s away goal.

An abject performance in Madrid saw a failure to apply pressure on Toni Kroos in particular leading to Liverpool’s defence being exposed, with the decision to start Naby Keita over Thiago roundly questioned.

Klopp replaced Keita with Thiago after 43 minutes that night, but after having also started the weekend’s 2-1 win over Aston Villa on the bench, the Spaniard has been overlooked again.

Instead, Milner makes his second consecutive start alongside Fabinho and Gini Wijnaldum, which has been criticised by many supporters on social media:

Klopp subbed Thiago on in the first leg and the game changed for the better, so for the second leg he’s *checked notes* put Thiago back on the bench and replaced him with James Milner.

is klopp for real? how tf did he drop thiago again for a 36 fking year old against that midfield? tears

Wijnaldum starting over Thiago has to be up there with the most undeserved inclusions/exclusions in the entire Klopp era. Really can't get my head around it.

All the reports at the time said it was Klopp pushing hardest for Thiago.
I don't understand how you can sign him and not start him in either game Vs Real. Especially as the midfield looked structurally good for the first time in ages against Arsenal #lfc

Why do we have Thiago Alcantara?

Seriously. Tonight’s game is simply made for him.

Appalling that he doesn’t start.

I have no words.

No grey area with that Liverpool midfield: it’ll either provide team with the solid, energetic platform that leads them to glory or proves a big mistake and raises question over why Thiago is not starting the type of games he was surely signed for.

There is a clear line of thinking in starting Milner, of course, as despite his age at 35 he is one of the most energetic midfielders at Klopp’s disposal.

He is also an experienced, big-game player, and will wear the captain’s armband as a genuine leader within the squad, with Wijnaldum lacking vocally in the first leg.

But Thiago is similarly attuned to contests such as this, and it can certainly be argued that his talents will be required against Real.

Though the decision was largely criticised, some supporters looked to make sense of it, with the option of Thiago from the bench a useful one for Klopp:

Happy to have James Milner in that midfield tonight. A night that needs a leader. Very surprised Thiago and Jota have been benched, though.

Wonder if Thiago’s carrying an issue or something. Odd that he’s not started the last three games.

That midfield is all about legs. Non-stop running, marauding pressure (I hope) – then use Thiago to orchestrate. Still, surprised he’s not starting.

Thiago coming on in the 2nd half pic.twitter.com/iUMirINNwR

At this point, Klopp seems unable to please every supporter when he names his starting lineup, but it is hard to argue that some of the manager’s selections have been confusing this season.

Hopefully, the trio of Fabinho, Wijnaldum and Milner pays off, as Liverpool look to take the fight to Real and produce another famous comeback.