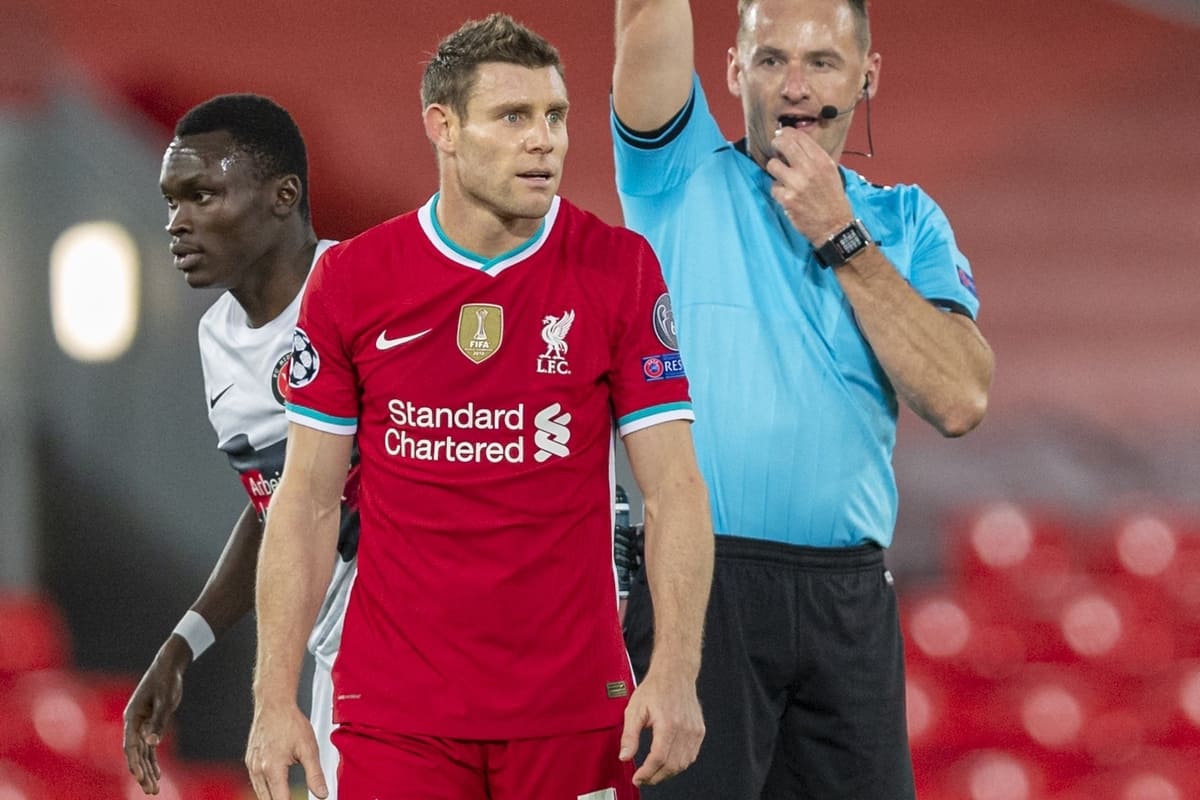 Though it is a big if, if Liverpool are to earn progress to the Champions League semi-finals by overcoming Real Madrid, they have four players facing a possible suspension.

The Reds will need to win by at least two goals to overturn a 3-1 loss to Real in the second leg of their quarter-final clash on Wednesday night.

It is not the most significant challenge Jurgen Klopp‘s side have faced in Europe, but it could ultimately prove the most difficult given how well the Spanish outfit played in the opener.

Either Chelsea or Porto await the winners in the semi-finals, which could give Liverpool a clear run to Istanbul as they would likely favour either side to Real.

Injuries have dogged the Reds all season, but a major subplot to their battle against the odds at Anfield is that four players face suspension for the semi-final if they pick up bookings.

Trent Alexander-Arnold, James Milner, Gini Wijnaldum and Sadio Mane are all one yellow card away from a one-match suspension by UEFA, along with the injured Jordan Henderson.

That is due to all five having picked up two bookings since the start of the group stage, with no other club in the quarter-finals with more players at risk.

Of course, this will be a minor concern for Liverpool given they are not favourites heading into the second leg, but being without Alexander-Arnold and Wijnaldum in particular would be a big blow for any potential semi-final. 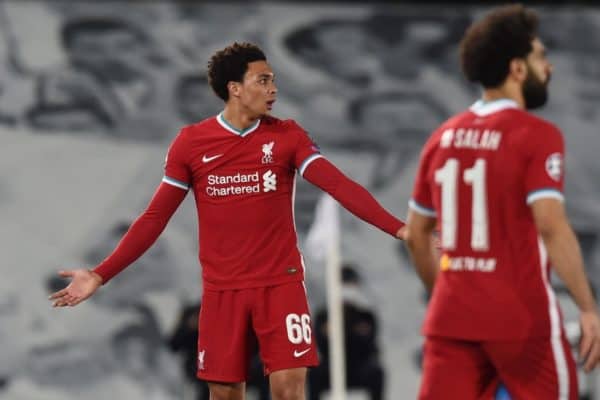 Both are in the Reds’ top five for minutes played in this season’s Champions League, and their absence could cause a selection issue for Klopp.

If Alexander-Arnold is missing, for example, the manager could be required to turn to Neco Williams in the first leg of the next round, with the problem worsened if Milner, another alternative at right-back, is also suspended.

Meanwhile, Mane is one of only three Liverpool players to feature in all nine Champions League games so far, and despite the striker’s recent drop in form, he would be a big loss if suspended.

The Reds will be required to focus entirely on securing the result needed over Real, though, with there being no reason to hold back in their bid to reach a third semi-final in four years.